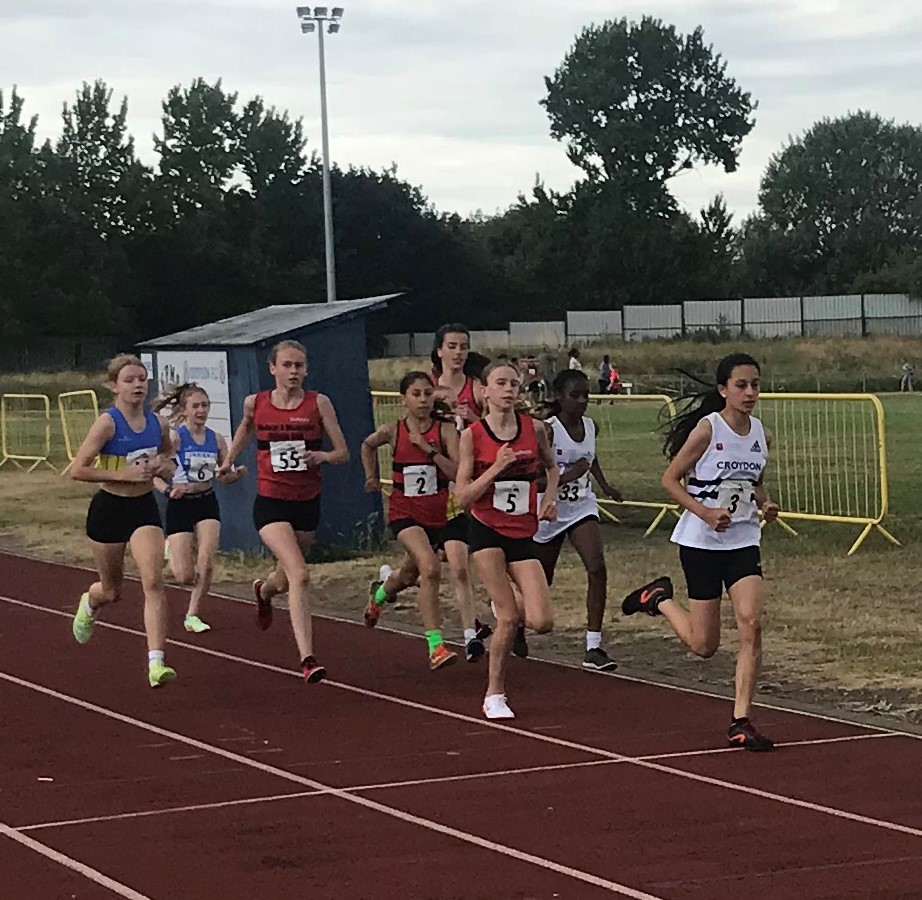 Croydon young athletes, U13 and U15 boys and girls were engaged in an enthralling nip and tuck battle with Basildon on Sunday, edging clear in the final stages to win by just 6 points, with 504 to the runners up 498. Herne Hill Harriers finished respectably in third, with Brighton, Medway and Bedfordshire trailing.

Had the Croydon Arena throwing cage not been condemned, the margin could have been, with the club having two very promising young discus throwers sidelined.

The keen youngsters achieved several event maximums, A and B string wins and four athletes registered two A string wins.

In the first category U/15 sprinter Farrell Fabiswu scored impressive 100m and 200m wins with times of 11.2sec and 23.5sec. The latter mark over 2 seconds clear. The Amiaka sisters dominated the U13 75m, clocking 12.10sec 13.20 sec
Not to be outdone, girl sprinters Shivelle Marshall 20.20ses and Saray Destiny-Crosdale 20.30 headed their 150m races.

Arabella Howard missed javelin victory by a mere 4cm with her best effort of 21.53m. Team mate  Zoe Cicardini won the B string javelin  with her 18.70m throw.

Both U13 75 m sprints went Croydon way, thanks to Isiah Easy Riley 10.,4sec and Hosea Okunlana who finished a tenth of a second quicker.

U13 Alex Giles was in stunning high jump form, topping the event with a 1.49m leap which places him second in Surrey and eighth equal in the UK. He also ran in the victorious 4x100m relay timed at 52.9sec , over 8 seconds in front of the runners- up Ife Davids made the high jump a croydon preserve heading the B string at 1.15m

The middle distances continue to improve for young Harriers, with U13 two lapper Eliot Peacock tenaciously taking second  in 2:47.0 and U13 1200 boy Micah Salmon’s time of  3:59.6, a frustrating tenth of a second shy of victory .
The team win on the day sees the Harriers climb to third in the table.