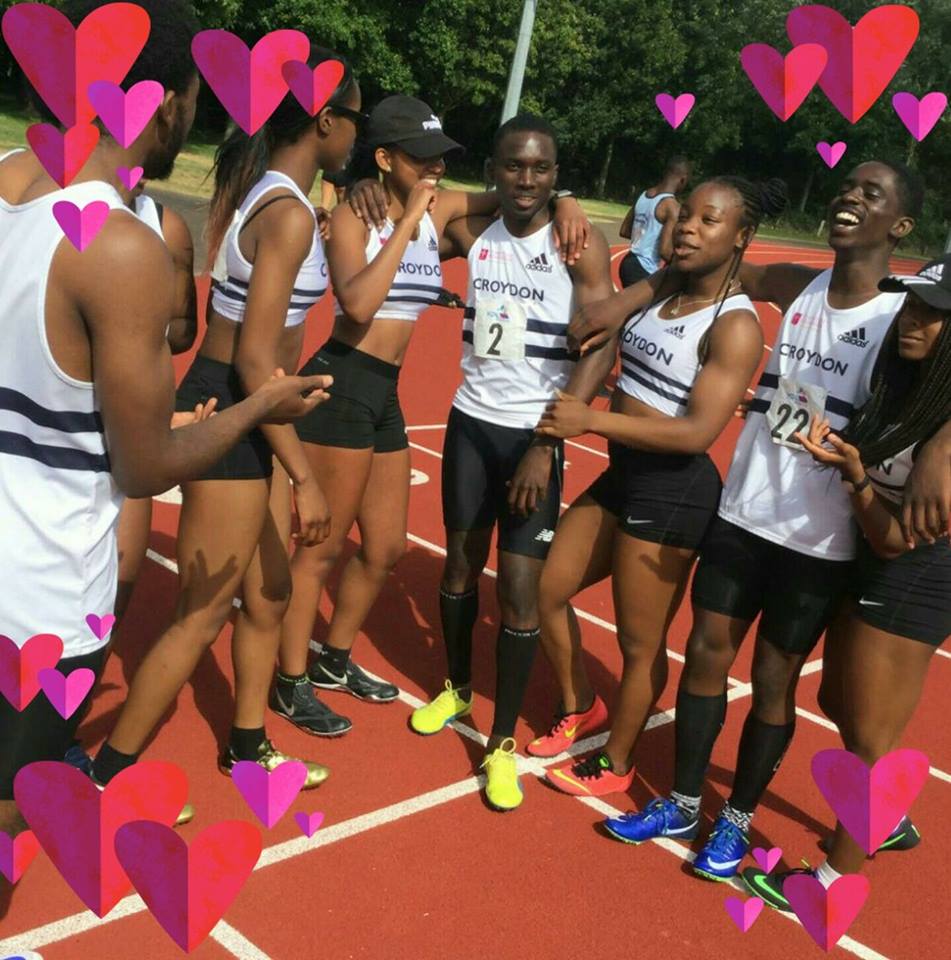 Croydon Harriers’ junior team took a huge stride towards promotion in the UK Youth Development League after taking victory in their latest fixture at Lewes.

Double England champion Romell Glave won the Under 20 men’s 100m with Micah Francis-Dwyer making it an event maximum. Samir Williams won the 200m event, and the trio combined with pole vaulter Emmanuel Thomas to take the spoils in the 4x100m.

Thomas had earlier notched a personal best of 4.61m in the pole vault for 1st.

In the under 17 men’s categories, Dylan DaCosta and Ayo Daniel topped the 100m standings, while versatile Israel Ospina won the triple jump and 400m hurdles.

In the women’s section, there were 1sts aplenty for the Croydon squad, thanks to Tosin Salami and Esinam Dake in the 100m.

It was in the under 17 women’s section where Croydon enjoyed the most success thanks to wins in the 100m,200m and 400m.

Naomi Owolabi (100m) and Kayla Bowley (200m) won the A events, while Rhiannon Gayle won the B races. Glalys DaCosta and Zindzi Williams enjoyed similar success in the 400m.

Bowley, Williams and DaCosta then combined with Marcavia Macarthy to win the 4x300m to bring the curtain down on the day.