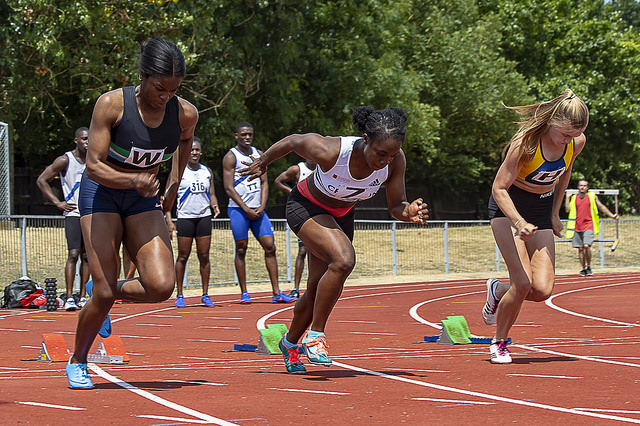 Croydon Harriers’ junior team finished a valiant fourth at the UK Youth Development League on Sunday at Croydon Arena, as the squad attempts to beat the drop.

Ezra Rodrigues kicked off the afternoon with a win in the Under 20 men’s 400m. The 100m sprints proved a bountiful supply of points with numerous wins.

Micah Francis-Dwyer and Ayo Daniel topped the standings in the Under 20 men’s 100m, Derek Kinlock did the same in the Under 17 men’s event.

There were maximum points in the women’s events. Davina Ansah and Esinam Dake enjoyed Under 20 women’s wins, while Toni Bryan and Ella Pippim enjoyed similar success in the Under 17 women’s events.

In the sprint hurdles Rachel Largie-Poleon and Jennifer Chukwu won their respective events.

In the pick of the middle-distance runs, Jessica Moore and Robbie Tambling ran their 2nd fastest times in the 800m and 1500m respectively.

On the field, Jack Ennis won the high jump in 1.90m. Ola Olufemi-Krakue and Sonyce Archer enjoyed double 1sts in the triple jump.