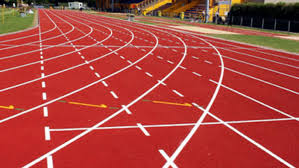 Croydon Harriers’ young athletes missed out on promotion to the league’s top tier of the UK Youth Development League after a 5th place finish in the season finale at Bedford.

Toni Bryan bowed out of the Under 15 girl’s age group with a double win in the 100m and 200m. He training partner Zoe Dake was also successful in the 300m.

In the under 15 boy’s age group, Louis Smithen won the 200m and Xander Collins was first home in the 80m hurdles.

On the field, Ethon Phillips won the Under 13 boy’s shot putt and Lia Bonsu was victorious in the long jump. Bonsu would also win the 70m hurdles.

Croydon would finish third in the six team division and will remain in the Southern Premier 2 division in 2018.