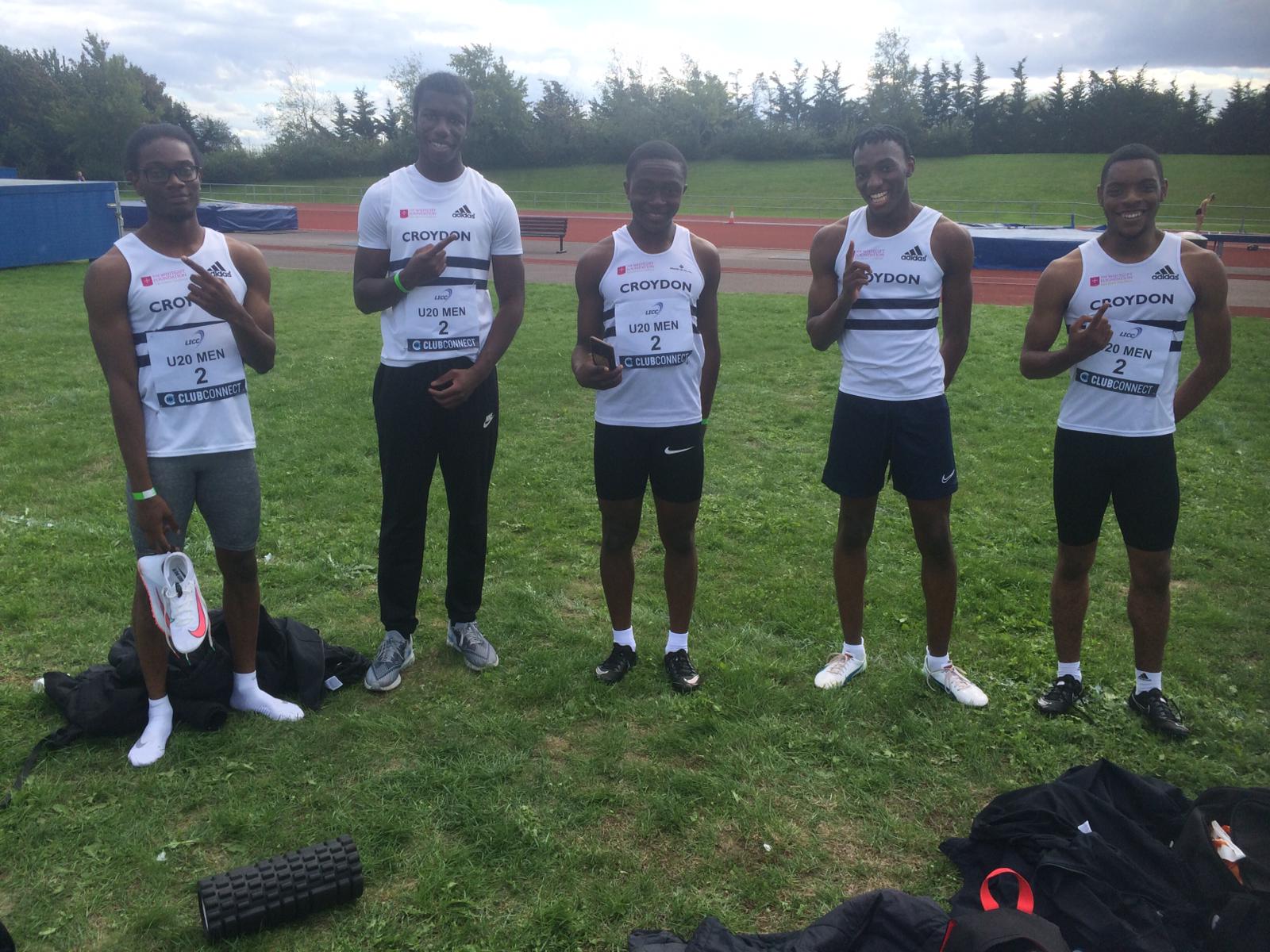 The 19 year-old was the youngest in the field, throwing 46.49m, his 2nd furthest throw.

The Under 20 men’s 4x100m Suhiyini Osman, Nick Hamilton, Derek Kinlock and Tyvon Innis wrapped up a comprehensive win in 41.14secs. Their Under 20 women’s teammates of Zoe Dake, Rachael Largie-Poleon, Ella Pippim and Rhiannon Gayle won their competition in 47.83s.

More success came courtesy of the Under 15 girls squad of Tochi Davids, Lia Bonsu, Shereese Miller and Gracelyn Kendeck who won their finale in 50.44s. The boys in the same age group would finish a comfortable third

Amazing to have relay running back today! Here are the Under 20 men’s team in action at Lee Valley at the Club Connect Relays, and they haven’t missed a beat! #TeamCroydon

There was mixed fortunes for the Under 17 squads, the men’s squad suffered a DQ while the women’s quartet placed sixth in their final.

At the South London Athletics Network Open at Tooting on Saturday seven Croydon athletes took part in the 800m races. Joachim Bambury would finish fourth in the Under 17 men’s category, while Faith Chen would match that feat in the equivalent women’s age group. Alice Maingay would finish one place behind Chen, while Gulcin Erten and Leah Allison were 12th and 13th respectively.

Ebuka Nkamuo was 7th in the Under 15 boy’s race with brother Chizoba a place further back.

In the 200m, Amber Bloomfield would finish 8th in the Under 15 girl’s race.

At the Southampton Open, Kyra Sethna-McIntosh ran a season’s best of 62.52secs for the 400m, to finish third in the Under 17 women’s category.