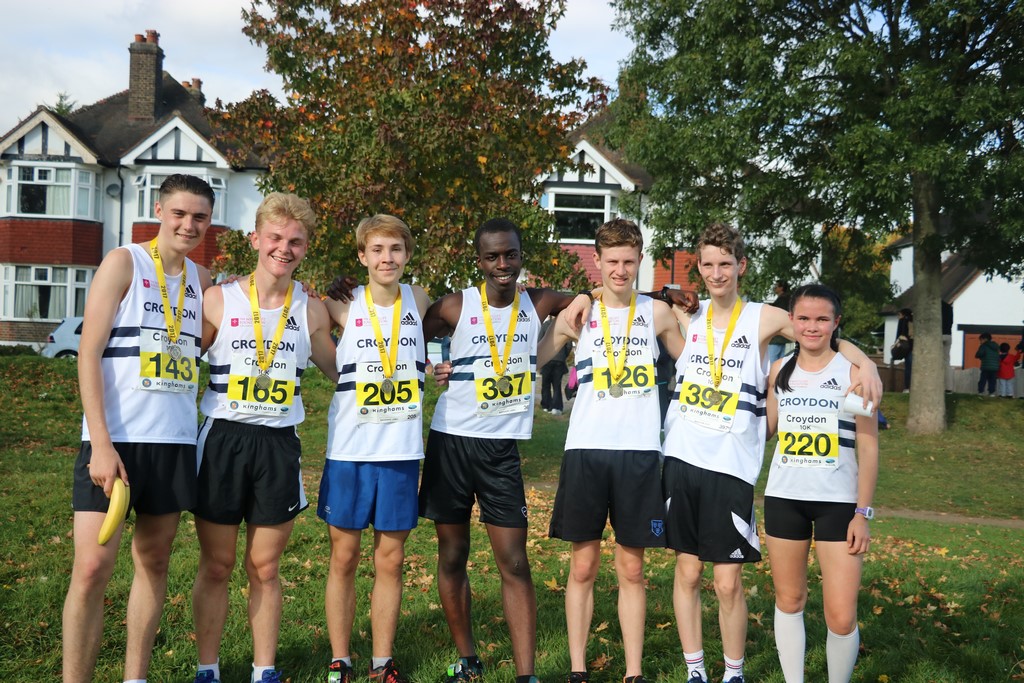 Over 350 enthusiasts, urged on by the crowd and the first class New Addington Steel Orchestra, poured out of Lloyd Park Avenue at 10.15 into Coombe Road, and soon after the sharp left it became clear that a two man race for the title was evolving  between Croydon Harrier Jake English and  Sam Wade  of Brighton Phoenix.

These two progressively stretched their advantage as they passed the Shirley Windmill and by the time the duo entered Sandilands, they were well clear of any obvious challenge with Wade just  showing the edge. And so it remained with him entering the finishing straight alone to win in 33;11 for the Coversure Decanter, with English running home strongly  in second for a 33:32 clocking. 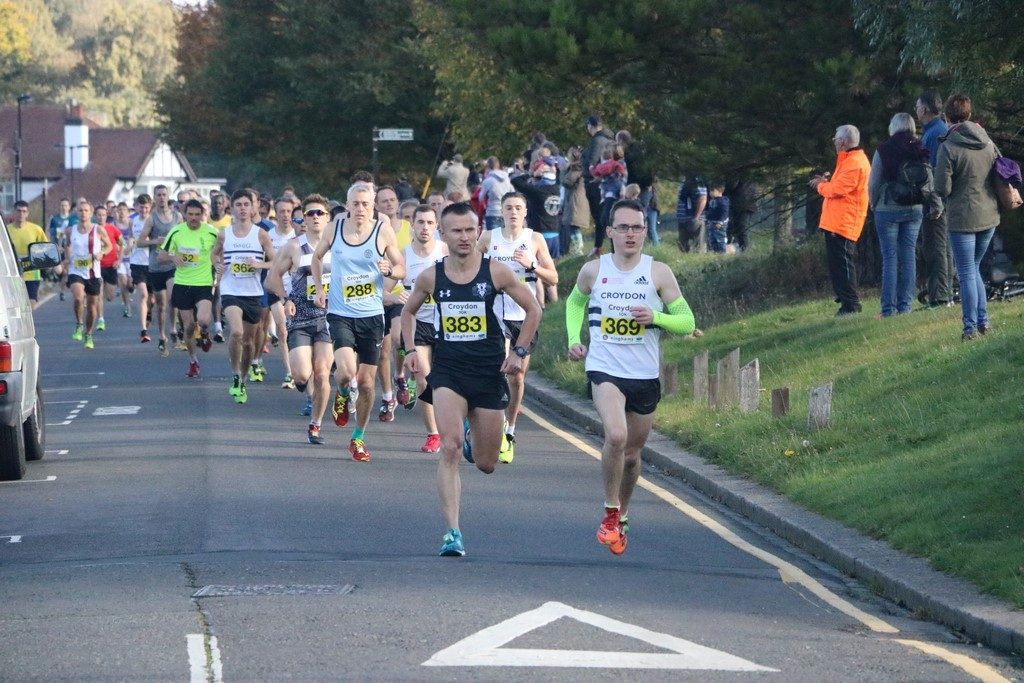 Over a minute passed before Bronze medallist Andrew Whelan of Cambridge Harriers closed in, in 34:39. The next five places were filled local athletes headed by Neil Reissland of South London Harriers, an excellent performance from the evergreen  Vet 50. Nearer the lower end of scale Croydon Harrier Patrick Lucas was rewarded for his journey from Loughborough University with a 7th Spot  in 37:16, edging out Angus Harrington (Trinity School ) who impressed as first Junior man home just one second adrift. Croydon’s own Robbie Tambling finished in 20th spot as third Junior Man, in 38:22. Trinity School teacher Helen Ward was the delighted leading lady, 29th in 39:58 to win the Coversure Rosebowl. In a class of her own, with runner up Emanuela Castelnuovo (Fulham RC)  70th in 43:39. Bronze medallist Georgina Furze of Woking AC, place 71st overall 16 seconds behind. 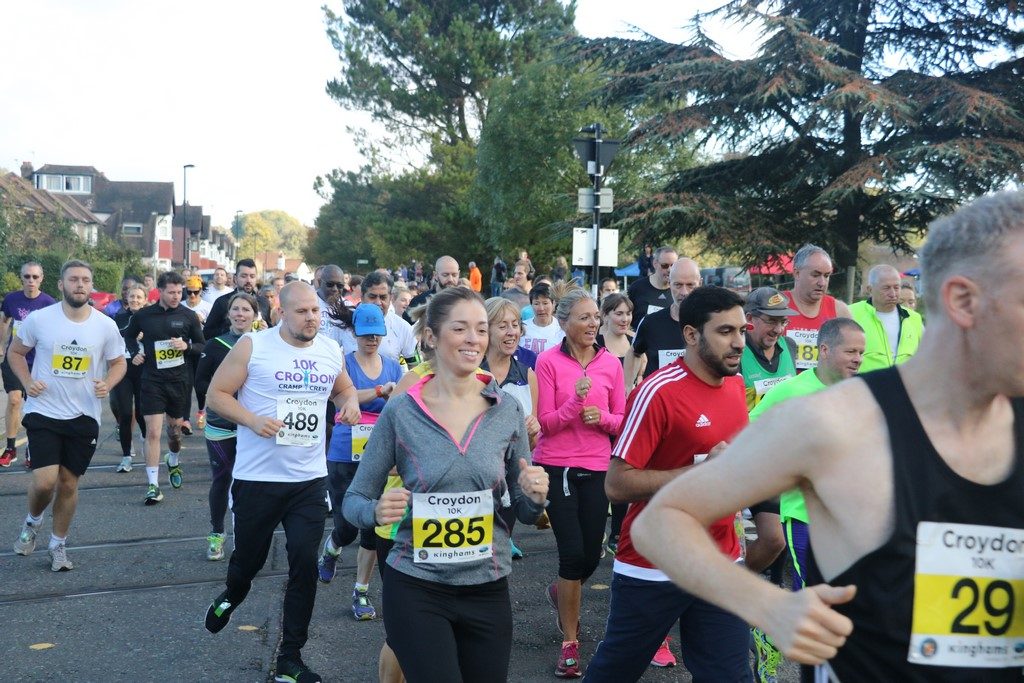 Encouragingly there were more corporate team than ever and entries continue to come from other parts of the UK. The furthest travelled athlete was V65 Robin Wombill, a former Selhurst Grammar Sshool student with others travelling from Dover, Dudley and Stourbridge.

Without the support of Decathlon, Kinghams Laithwaites, Richard Mark Sainsburys, the Police and Tramlink  it would not be possible to stage the event 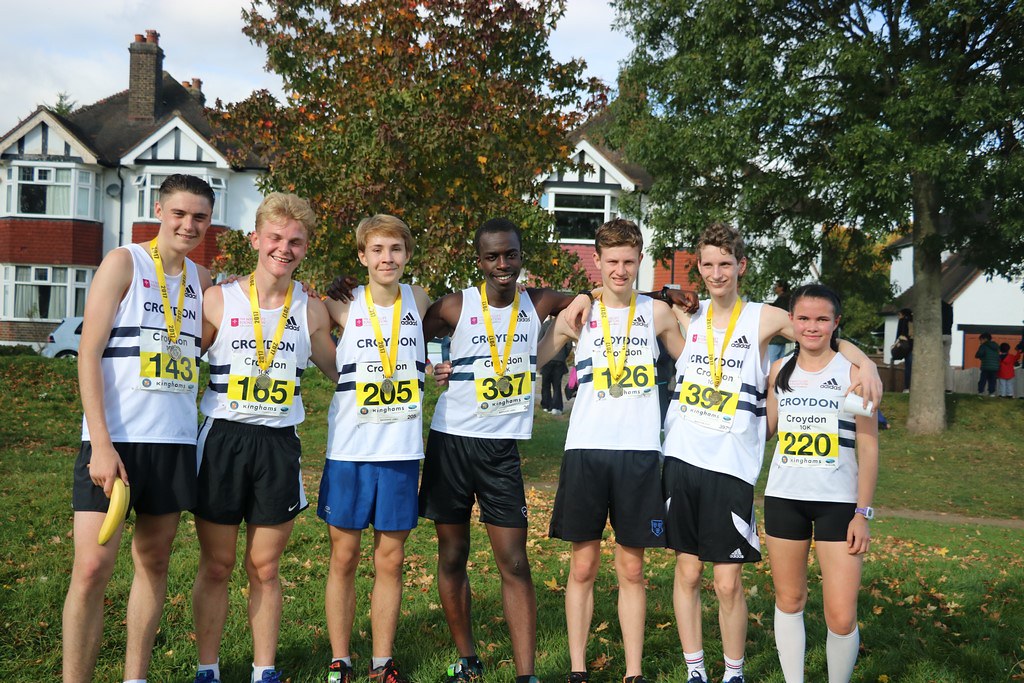 What a day! Good luck to everyone running in the Bournemouth Marathon, Chester Marathon, Chicago Marathon and Croydon Harriers #croydon10k

Not what I expected after being roped into an impromptu run at the Croydon 10k in my off-season? painful but got some great prizes 4 the W?? pic.twitter.com/M3qQPXjuA9

Great run at the Croydon 10k today, got a pb of over 30 seconds faster than my previous despite 17 miler on Fri. Didn’t catch my bro tho ?? pic.twitter.com/PK8nJftuPN

Enjoyed the Croydon 10K this morning, pretty happy with my time bearing in mind I haven’t gone… https://t.co/79RZz3eqm2