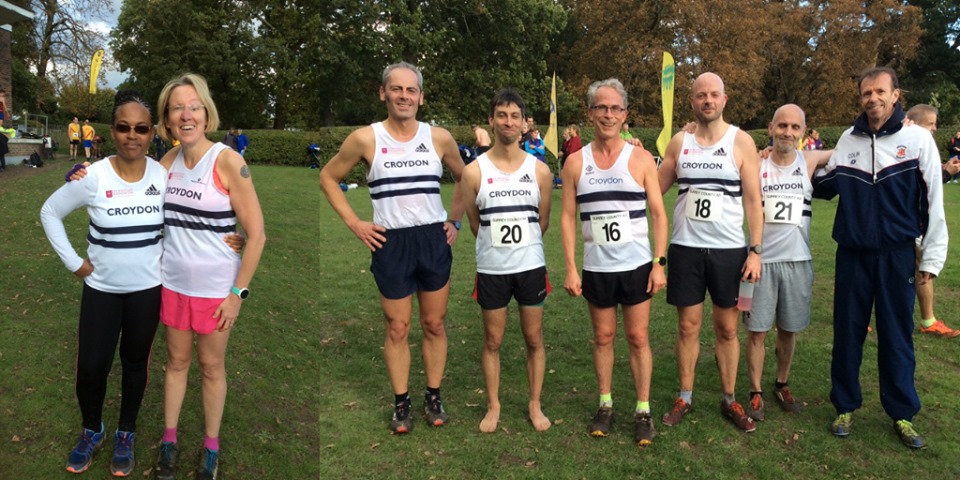 Ten Croydon Harriers took on the County’s best at the Surrey Masters cross-country championships at Morden on Saturday.

Colin Oxlade led the charge in the M60 category, finishing just outside the medals in fourth. He was supported by Keith Brown (15th) and Dave Warren (17th) to ensure the team closed in 6th.

At the Great South Run in Portsmouth, Alex Penfold sneaked inside the top 50, finishing 49th in 56:38.

In the pick of the parkrun action, Anna Corby was 1st woman home at Oxford and Alan Burn was runner-up at Bethlem Hospital with Jenna Hooper third in the women’s event.

Joachim Bambury and Isaac Flanagan were third and fourth finishers at Lloyd Park.

This Sunday is the Croydon 10k charity road run at Lloyd Park, which incorporates a 3km fun run for 9-14 year-olds. Over 250 are set to take on the race. Entries are available on the day from 8.30am.