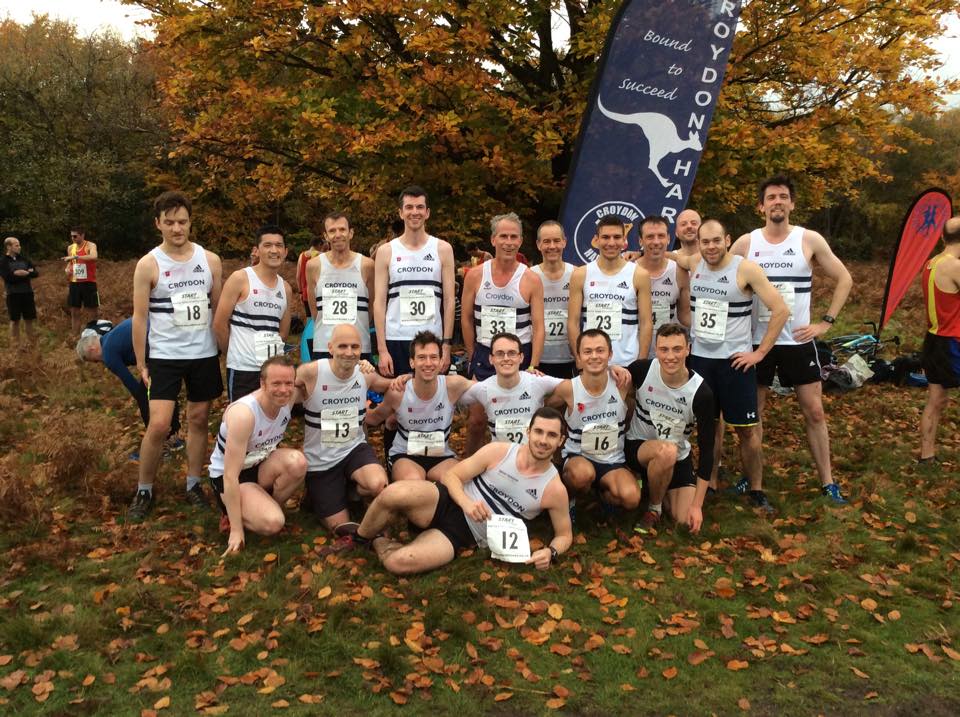 The result leaves the Harriers 4th overall in the nine team division.

The B team of a further 10 Harriers placed 7th overall in their category, spearheaded by Colin Oxlade (118th, 9th M50) and Glenn Barden (123rd). There were 217 finishers. 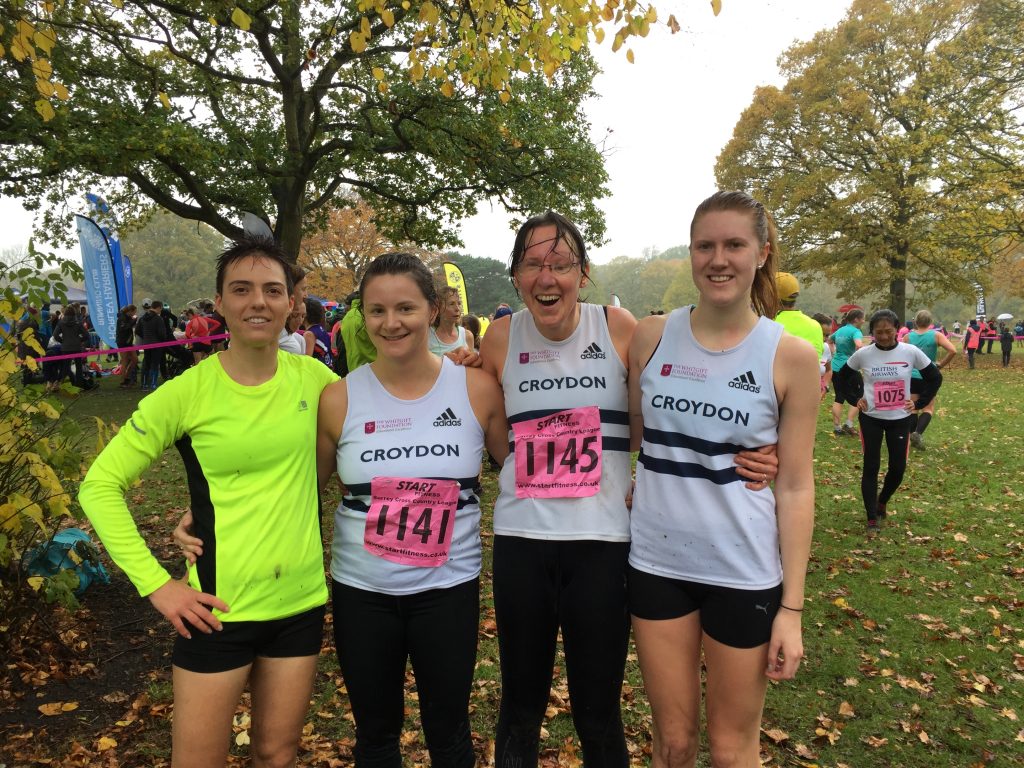 Croydon’s squads could be found at a further two locations on Saturday at other Surrey League fixtures. 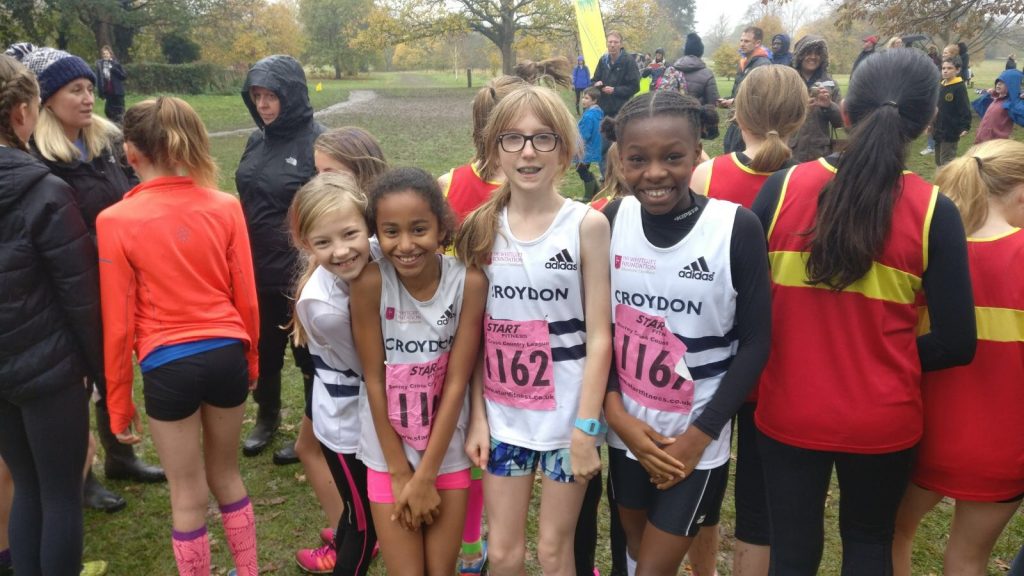 In the girls races, both the Under 15 and 13 girls quarters would finish 7th in the team standings.

In the Under 13 girls, all four Harriers finished within 40 seconds of each other over the two mile course. Amber Bloomfield was an impressive 26th, with Holly Perks (34th) four seconds ahead of Jenna Hooper (38th). Jana Sethna-McIntosh was 47th in the 85 strong field. 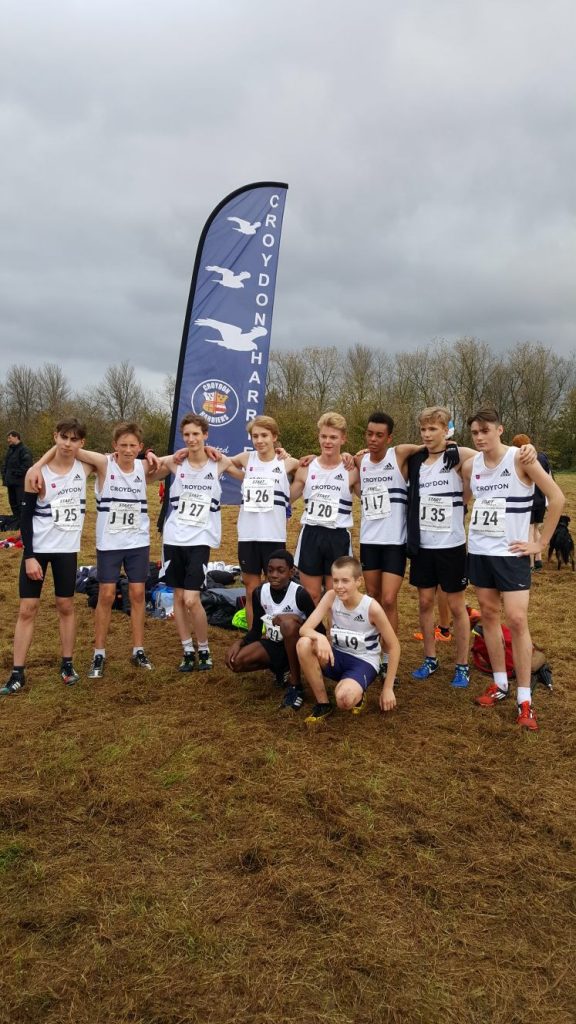 At Mitcham Common, ten Croydon Harriers did battle  in a field of 129 finishers at the Surrey Boys League. The first four Croydon athletes packed impressively, all within 21seconds of each other. Robbie Tambling was 13th, with training partners Joachim Bambury (18th, 7th U15), Isaac Flanagan (23rd) and Matthew Maginn (28th) all leading the way. The boys placed fourth out of 17 teams and are 5th overall.

In total Croydon had 45 athletes competing in all the Surrey League events.