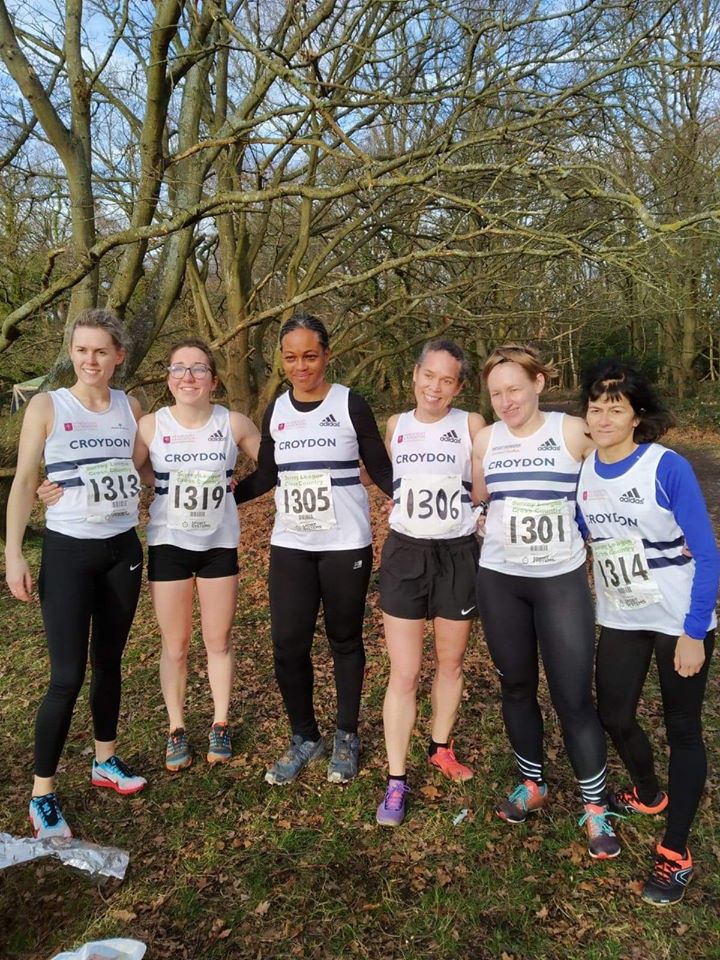 In Surrey cross-country league action, nearly forty Croydon Harriers were in action across the age groups and venues.

The men’s squad had a tough team result in 8th out of the nine competing clubs, but were spearheaded by James Hancock who took a memorable win at Woking. It was his first league win at senior level.  He was backed solidly by training partner Alex Penfold in 12th.

The men’s squad now look in a strong position to maintain their 2nd division status ahead of the finale at Lloyd Park on the 8th February.

The women’s team enjoyed their third scoring team in as many fixtures with a solid 22nd team placing in their 2nd division race at Wimbledon Common. A returning Anna Corby (36th) enjoyed a solid return, while Laura Marshall (50th) bagged her third straight top 50 placing in the league this season. Emily Flowers (106th), Sandie Sarker-Bell (135th) Jennifer Beecroft (190th) and Carol Johnson-Alleyne (236th) completed the squad in a field of 245.

Kyron-Baillee Burke propelled himself to 11th in the boy’s race at Beckenham. The Under 17/15s squad were 7th on the day with Joachim Bambury (31st), Zachary Blair (36th), Ebuka Nkamuo (38th), Douglas Aikman (39th) and Samuel Mowa (41st) the scoring contingent.