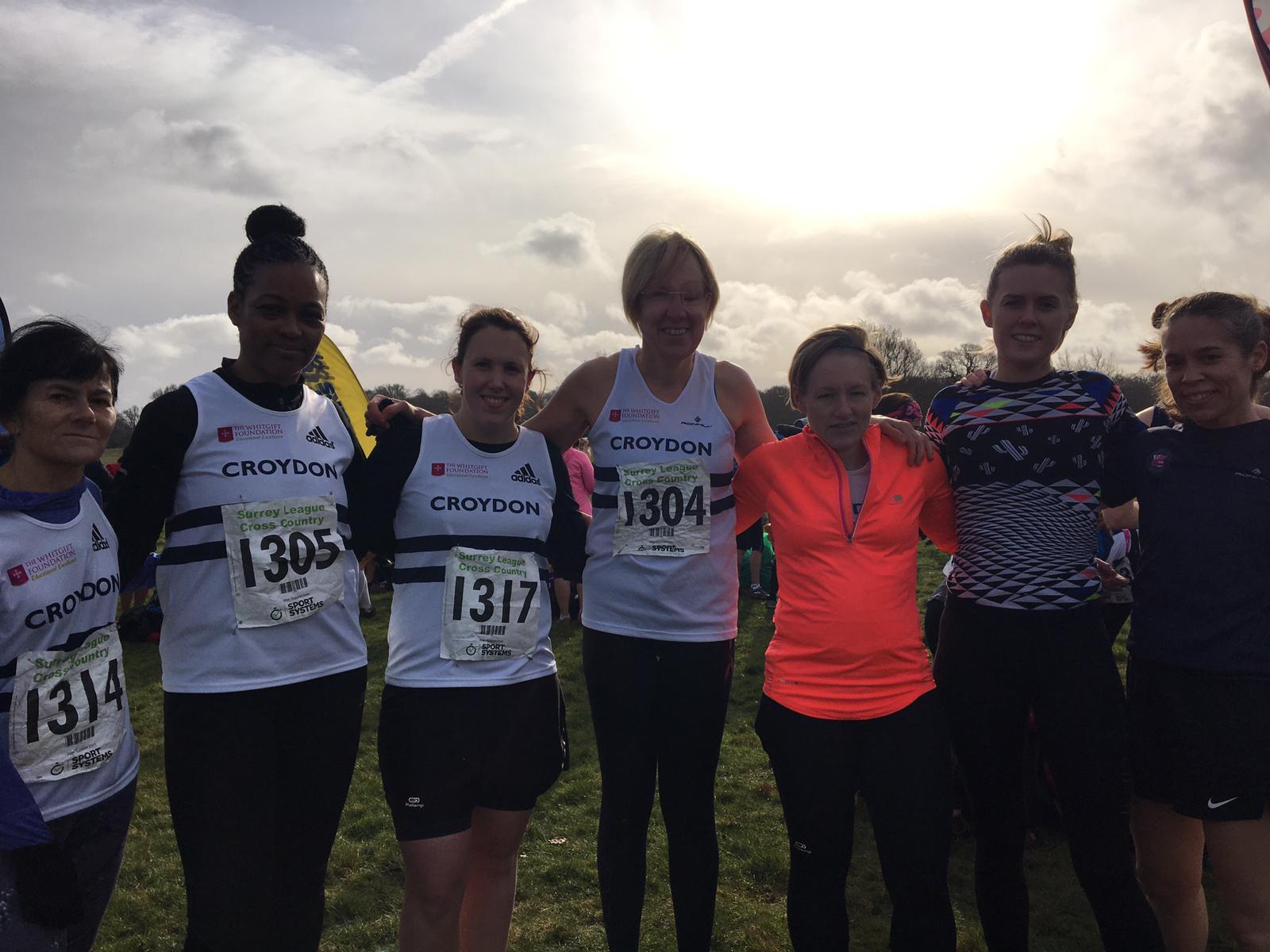 Nearly fifty Croydon Harrier brought the curtain down on their Surrey cross-country league
campaign for 2019/20 on Saturday at Lloyd and Richmond Park.

The men’s squad would finish fourth overall in the nine-club division after a seventh place on home soil at Lloyd Park.

Flanagan won the overall under 20 men’s title, with Shew third. 26 men were in action overall.

Link to photo album 1 from Terri

In the women’s league, Croydon’s squad fielded their fourth successive scoring squad at Richmond Park and placed 19 th on the day and matched that feat in the overall league standings out of 46 clubs.

In the Under 17 women’s race, Kyra Sethna-McIntosh kept the club flag flying. In 13 th position. The
U17 women’s squad would finish 6 th . Jasmine Bell was 46 th in the Under 13 girl’s race, with the team
finishing 14 th overall.

With thanks to all our incredible volunteers who helped make five races go very smoothly this includes those from co-hosts Hollands, Vets, South London and Striders were all amazing.

With thanks to Croydon helpers – Nicola, John, David, Peter, CoLinda, Keith, Alan, Norman and many more!

At the Sutcliffe Park Indoor open, Lia Bonsu clocked 7.80secs for the 60m, meaning she is now 2nd in
the UK for the Under 15 girl’s age group.