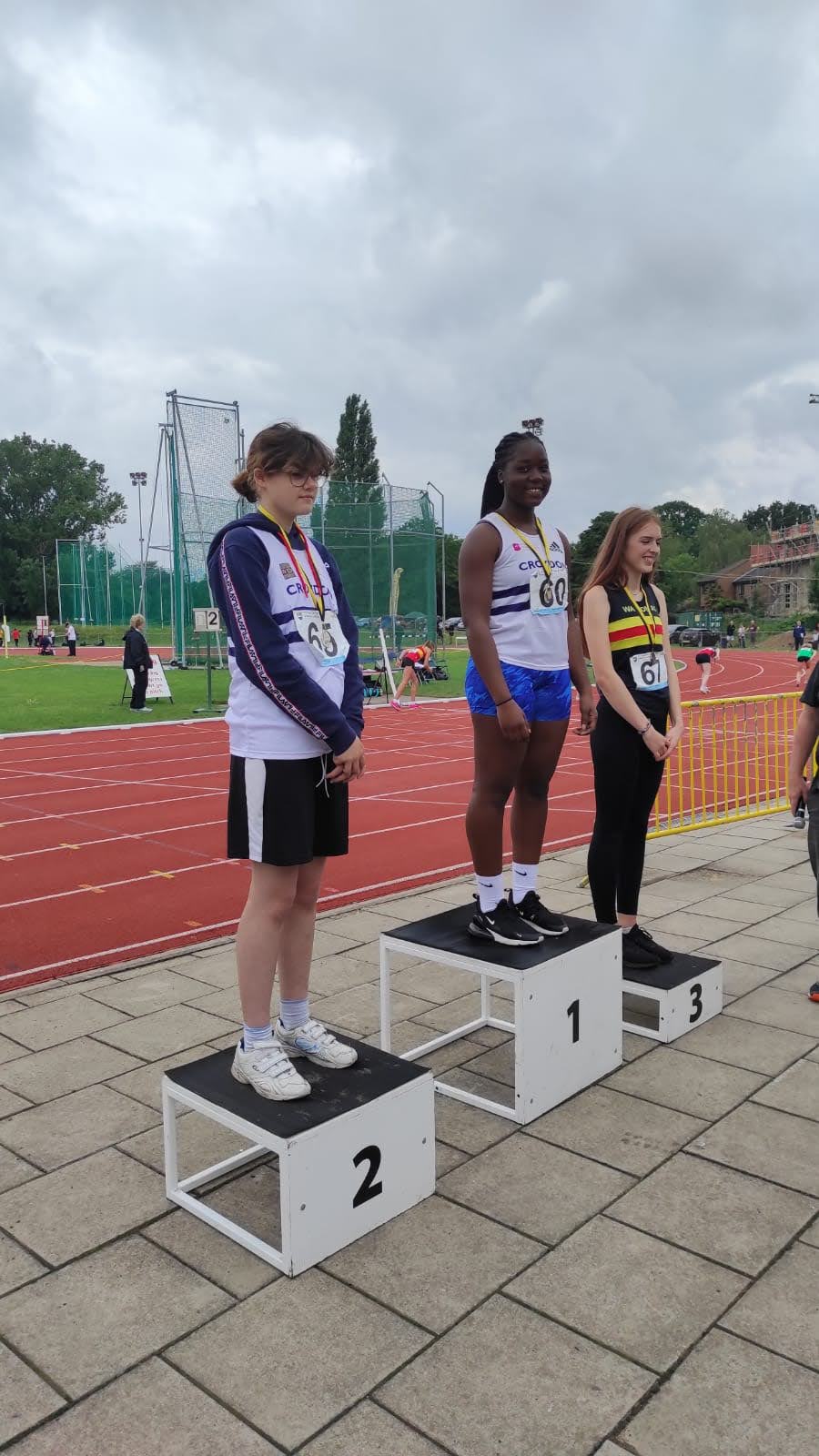 Croydon Harriers scooped 29 medals including 11 gold at the Surrey Championships at Kingston.

Ever-improving Lia Bonsu topped the standings in the Under 17 women’s 80m hurdles and the triple jump.

On the field Reuben Vaughan was triumphant in the men’s discus, while Cery Aboagye matched that feat in the under 17 women’s equivalent event.

Christiana Kamdom Kemegne struck gold in the under 17 women’s hammer, while there were also first County golds for Ama Amiaka (U13 Girl’s 70m hurdles) and Samuel Mowa (U17 men’s 400m).

At the Vanguard Way Marathon, Laura Marshall won the women’s race in 4:28:22 and Rush Yadave placed 2nd in the M60 race in 5:05:23 . In the half marathon, Tony Flett was third, while Sandie Sarker-Bell and Miriam De Souza were 10th and 11th in the women’s race.

In road running action, Douglas Aikman won the junior men’s race in 38:06. Colin Oxlade was fourth in the M60 category and Neil Aikman 5th in the M50 race.