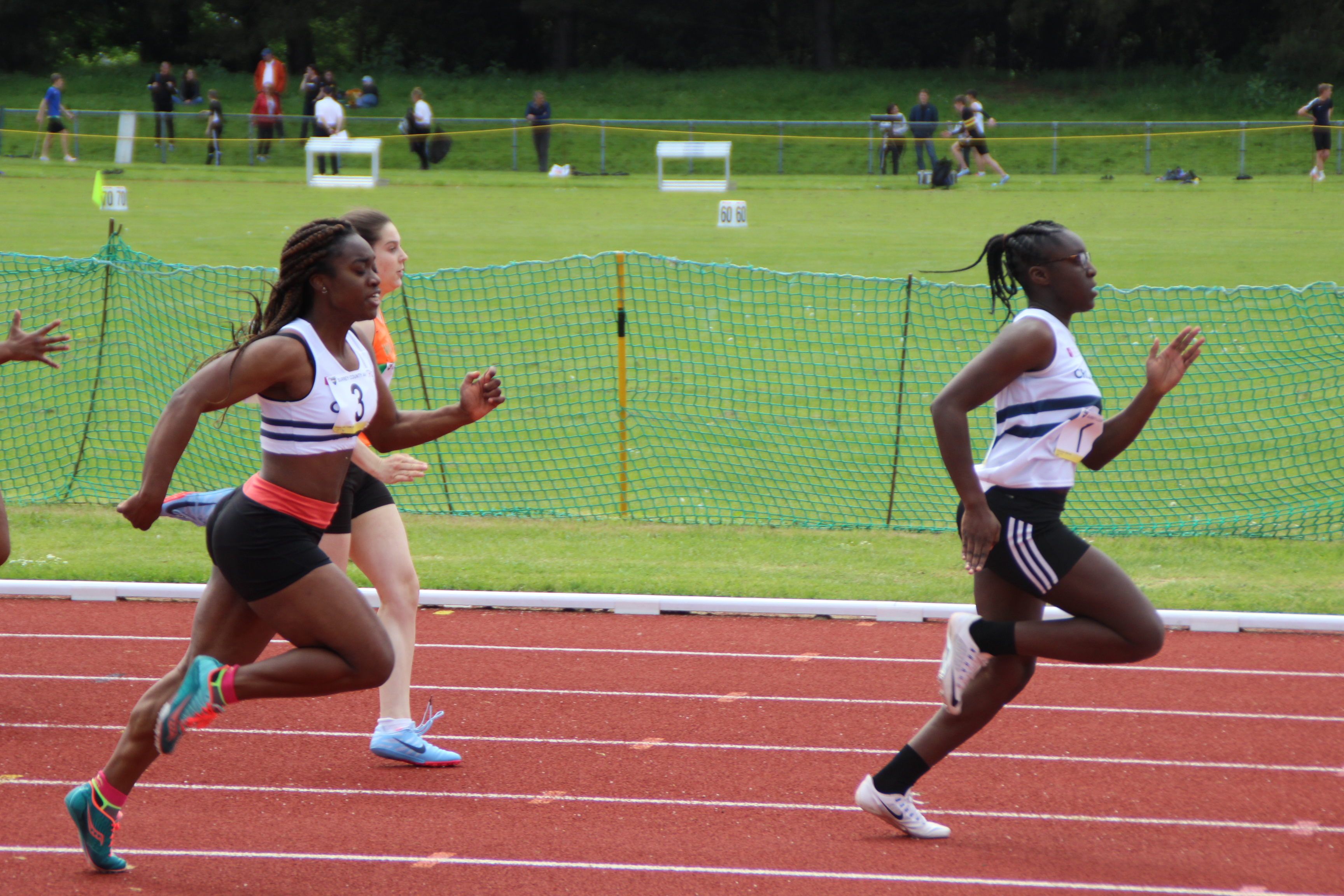 It was Jack Ennis who particularly shone, breaking the Championship record for the Under 17 men’s high jump, clearing 2.07m to clinch gold. It was also a club and County record.

It was in fact a clean sweep of high jump golds in the younger boy’s age groups thanks to Israel Bakare (U15 Boys, 1.75m) and Ibukan Akintola (U13 Boys, 1.26m) also triumphing. 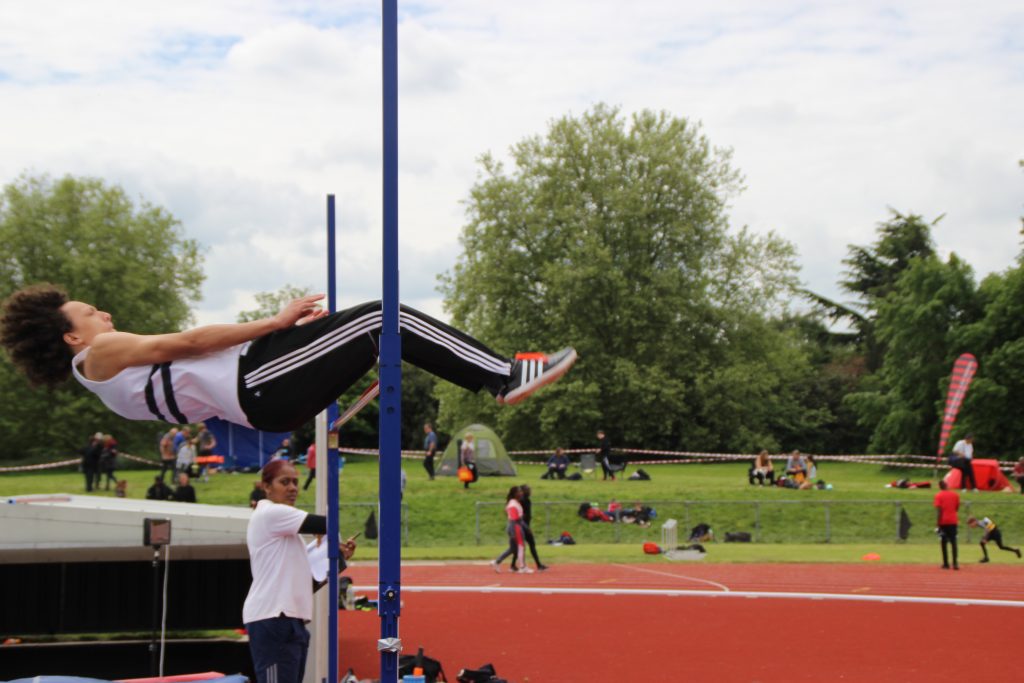 There were two double gold medal winners for Croydon during the weekend. Ashleigh Clarke topped the sprints in the 100m and 200m. Younger compatriot Lia Bonsu was 1st home across the line in the Under 13 girl’s 200m and 70m hurdles.

The sprints proved a happy hunting for Croydon athletes, with four golds in the 200m. Derek Kinlock (U17 Men, 21.97secs), Dylan DaCosta (U20 Men, 21.65secs), Kayla Bowley (U17W, 24.81secs) and Tosin Salami (U20W, 25.00secs) all scooped gold. DaCosta’s time is also within the qualifying standard for the World Youth Championships. 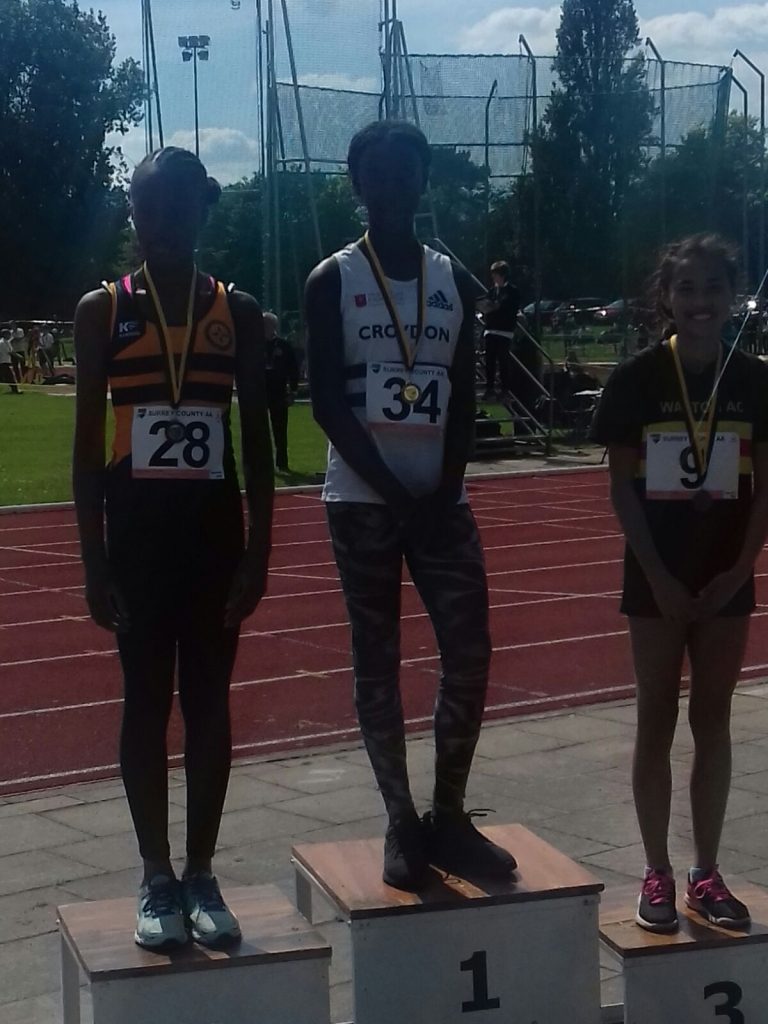 Over the 100m there were a further three gold medal winners thanks to Davina Ansah (U20 women), Toni Bryan (U17 women) and Tyvonn Inniss buy generic cialis online 36 hour cialis cheap (Under 17 men).

On the field, Sheresse Miller scooped Under 13 girl’s shot putt, while Reuben Vaughan launched himself to 5th in the UK in the Under 20 men’s rankings with a 45.64m effort. Sonyce Archer won the Under 20 women’s triple jump.

In the pick of the middle-distance events, Patrick Lucas picked up Silver and Bronze in the men’s 800m and 1500m respectively.

Croydon brought home a total of 39 medals in all.