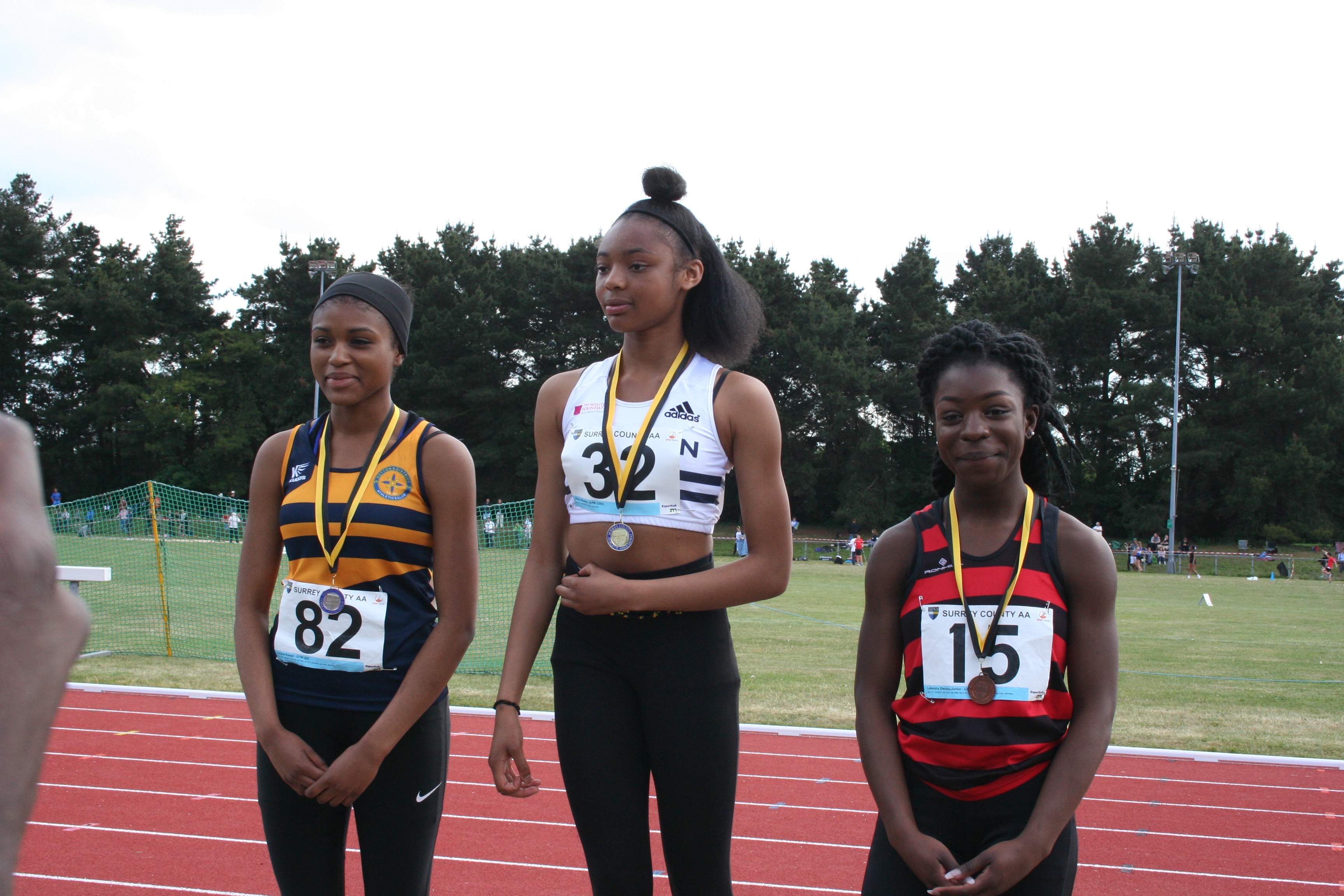 Croydon Harriers notched 22 gold medal winners at the Surrey Track and Field Championships this past weekend at Kingston.

Training partner Romell Glave replicated the double in the Under 20 men’s age group. He triumphed over the 100m in a new lifetime best of 10.51secs to go to 4th in the UK, and then set a championship best of 21.34secs in the 200m. 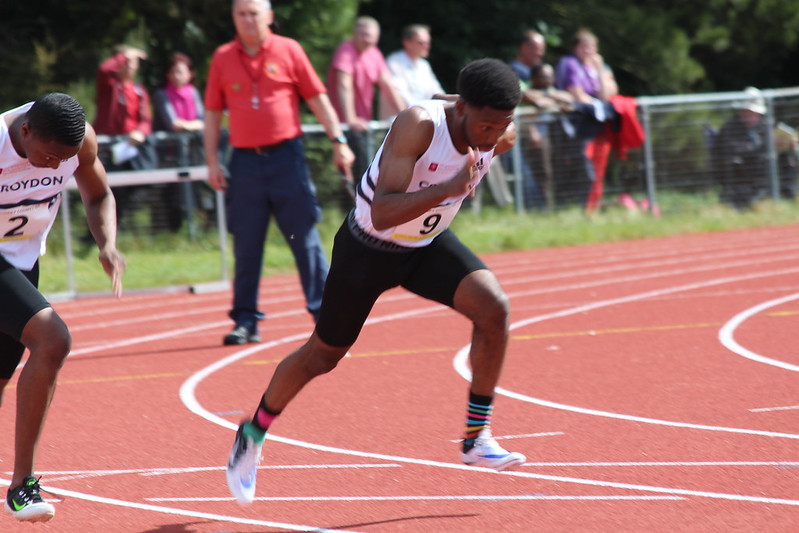