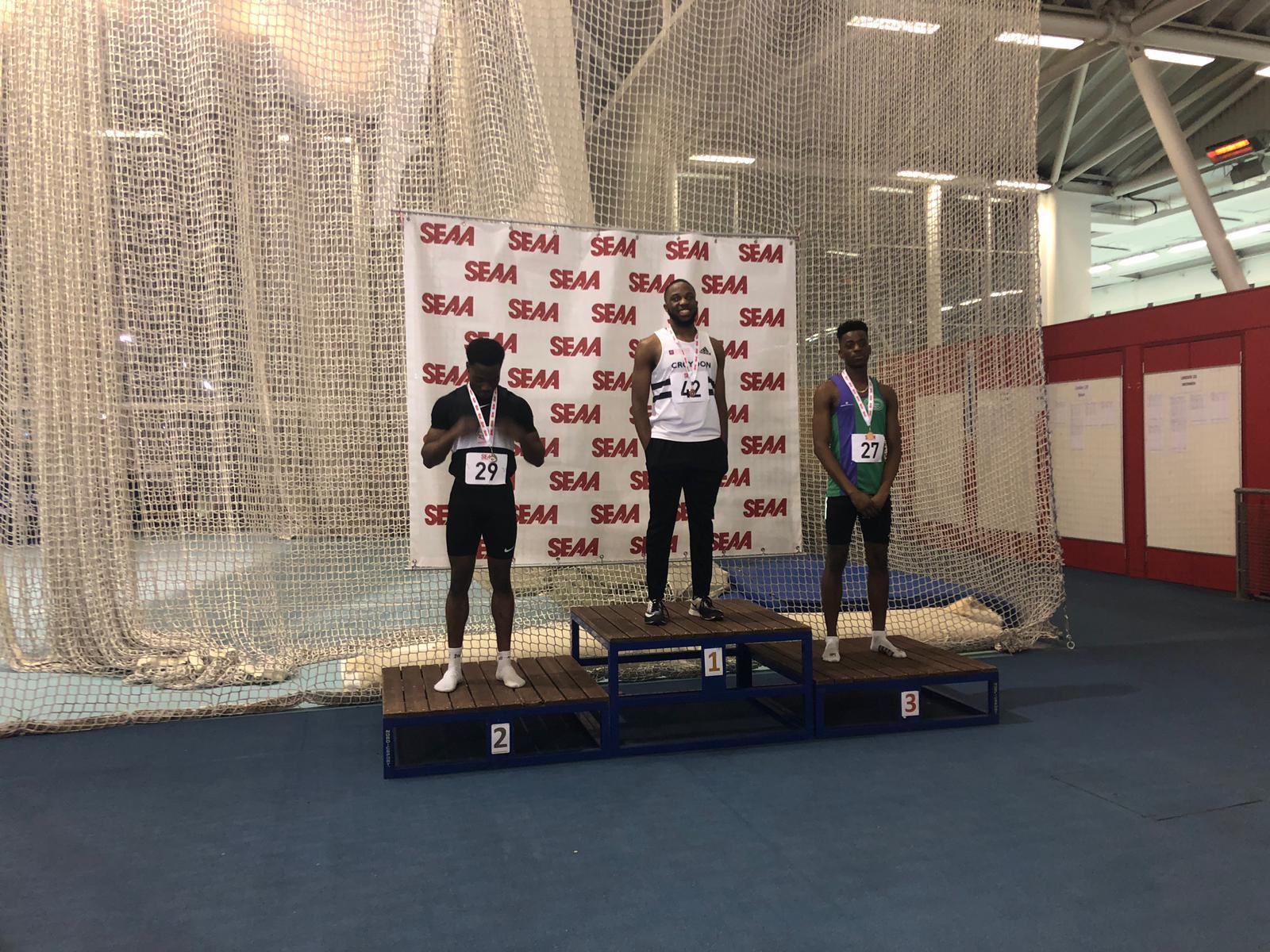 Three Croydon Harriers struck Gold at the Southern indoor championships at Lee Valley this past weekend. Marcia Sey glided to 1st in the Under 20 women’s 60m hurdles in 8.64secs. It ranks her 2nd in her age group in the UK, and 14th in the women’s ranks. Its her sixth South of England gold medal.

In the Under 20 men’s 60m, Samir Williams went two better than his bronze medal in 2018 by taking the title this time round in 6.87secs.

His training partner Dylan Da Costa also enjoyed success this time over the 200m in the same group, crossing the line 1st in 22.08secs.

There was bronze for Ezra Rodrigues in the Under 20 men’s 60m hurdles.

Esinam Dake made the semi-finals of the Under 20 women’s 60m and Ashleigh Clarke matched that feat in the women’s 200m.

On the field Emmanuel Thomas cleared 4.70m in the men’s pole vault to finish 6th. Paul Ogun went one better in the long jump, leaping to 7.13m. Jack Ennis placed 6th in the under 20 men’s high jump with a 1.85m clearance. 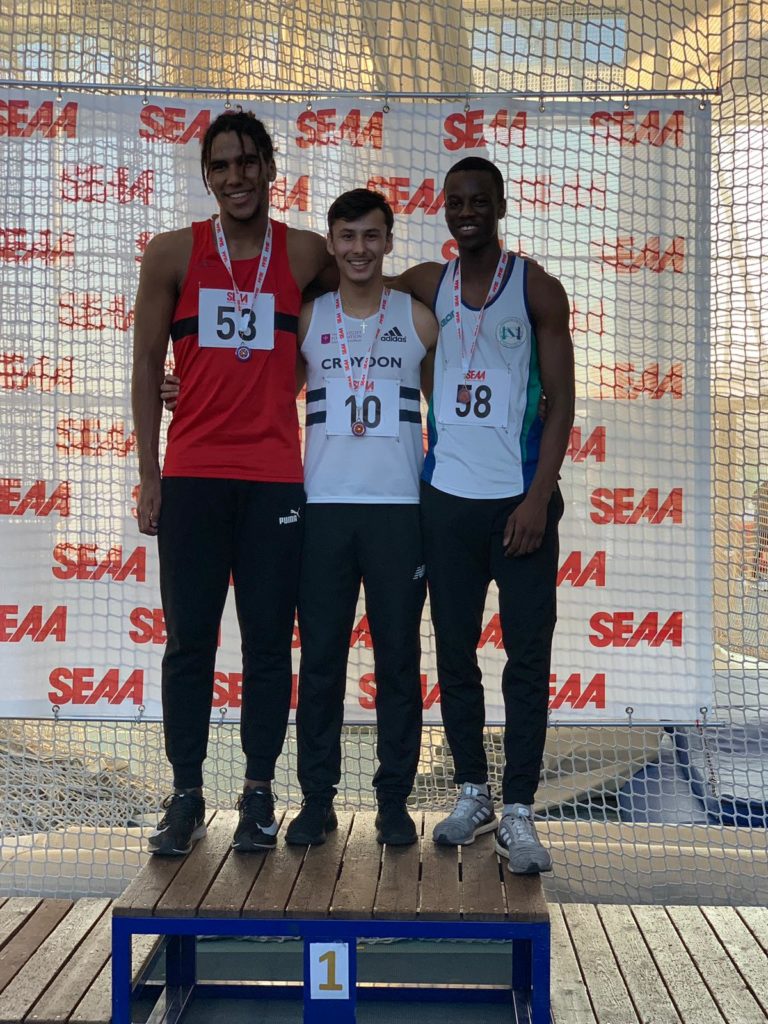 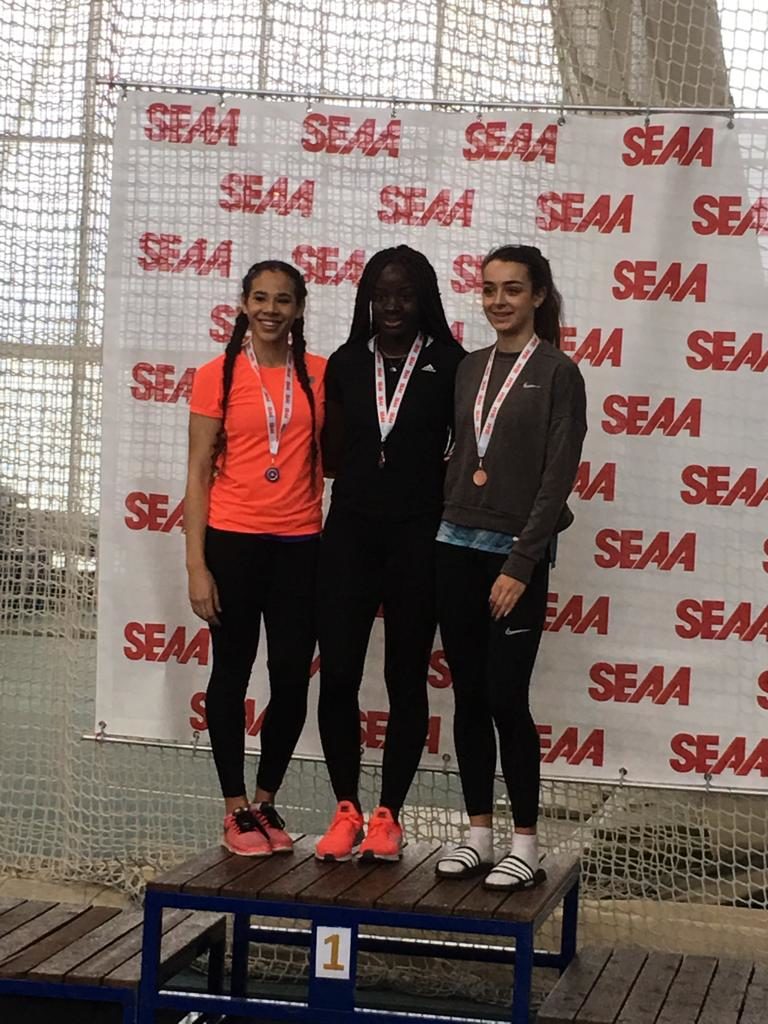