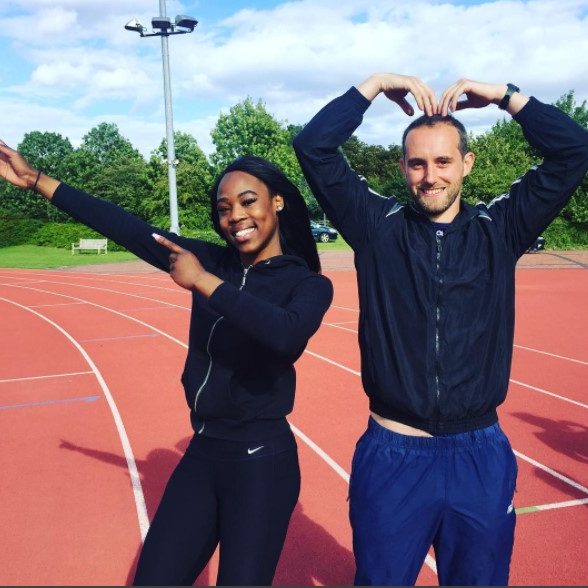 Croydon’s men’s and women’s team enjoyed a solid finish to their Southern Athletics League campaign, finishing 2nd in their final fixture at Cambridge. It wouldn’t be enough for the squad to be promoted to the league’s top tier, but beating the league leaders (who would just cling onto promotion) Stevenage and North Herts will give them a lot of encouragement ahead of their 2018 campaign.

Samir Williams won the man of the match award (determined by the league) with a 10.6 clocking in the 100m, with Micah Francis-Dwyer winning the B race in 10.9s.

Francis-Dwyer also won the A 400m, with Romell Glave winning the B.

There were maximum points in the 5000m, thanks to Ben Savill and Peter Mills. Pole vaulters Emmanuel Thomas and Sam Haswell also secured maximum points with the latter securing a personal best.

In the women’s events, Stevie Lawrence won the 800m in 2:19.9 and Saarah Nawaz made a welcome return to the fold to secure the event maximum.

Sophie Elliss was edged out in a thrilling 100m hurdles race, clocking 14.2secs, and there were some excellent runners-up spots for Tamara Reid and Emma Fossett in the throws.

The afternoon and the season was rounded off perfectly with a clean-sweep of all the relays. In fact, we are actually unbeaten in Relays in the Southern Athletics League at Cambridge, as we also won all four in the season’s opening fixture of last year! So well done all!

With thanks to everyone who has made this season and squad a pleasure to be part of.

Our fantastic officials and volunteers who never fail to amaze. Led by Carol, with thanks to the many of you including Caroline, Don, Mike S, Mike F, David, James, Peter, Steve, Radhika, Charlie, CoLinda and the many of you who pitched it when called upon to fill in when we hosted like Amanda, Liam, Dan, Adam and many many more!!!

Our great captains Sonyce and Jim who rallied the troops and led by example. A hard act to follow!

To Amy for her great team managing of the women’s squad since 2011, again a hard act to follow!

And to everyone who competed this year whether it be scoring or non scoring, winning or gap filling – you make this team what it is, and this year it has been wonderful.

Not one but two 4x400m relay teams today! The A team won! Well done chaps!