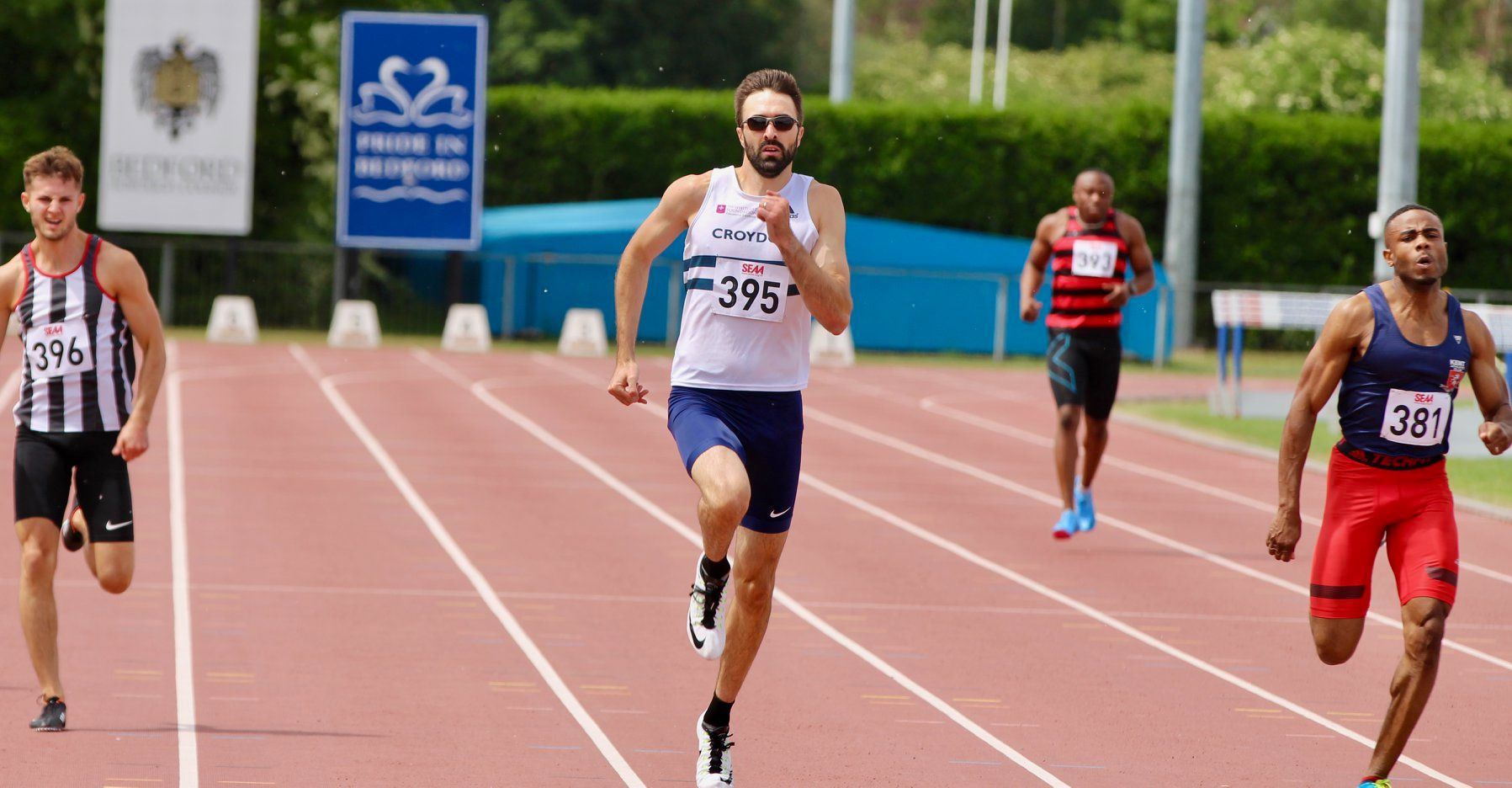 Cheyanne Evans-Gray shot to the Women’s 100m in a new lifetime best of 11.85secs. It ranks her 26th nationally. Paul Ogun also struck gold in the men’s long jump with a 7.21m effort.

Derek Kinlock notched a bronze in the Under 20 men’s 200m with a personal best performance of 21.43secs. Training partner Dylan Da Costa was 7th.

There was a silver medal for Marcia Sey, who was just edged out of a gold medal in the Under 20 women’s sprint hurdles in a photo finish.

Double European 400m champion Martyn Rooney comfortably qualified for the men’s 200m final but was forced to withdraw due to a hip cramp.

Training colleagues Davina Ansah and Rhiannon Gayle were fifth and sixth in the Under 20 women’s 200m, while Ola Olufemi-Krakue leapt to 11.22m in the triple jump for 7th.