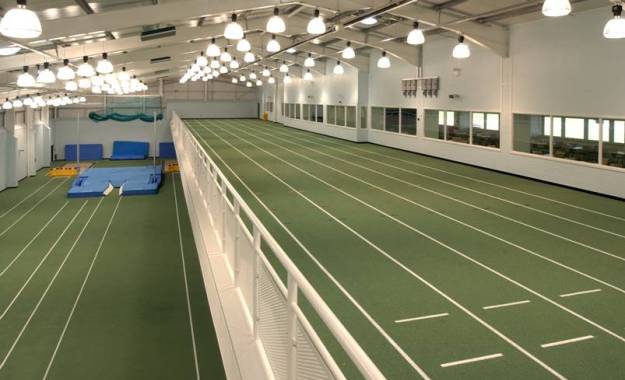 Over 40 Croydon Harriers were in action at the South London Athletics Network Indoor Open at Sutton Arena on Sunday.

Samir Williams ran the fastest 60m time of the day of all those competing – it is his fastest start to an indoor season. His clocking of 6.87secs is enough to qualify for the British Indoor Championships in Sheffield next month. He is 1st in the Under 20 men’s rankings, although its still early days in the indoor season.

Naomi Owolabi also notched a British Indoor qualifying time of 7.72secs over the 60m. She lies 4th for the U20 women’s age group. Closely followed by Rhiannon Gayle who broke the eight second barrier for the first time at the event of 7.85secs – the same time set by her club teammate Toni Bryan at Lee Valley last week.

In a belated post, congratulations to Moriyo Aiyeola on her 7.69secs clocking at Lee Valley on New Years Day.

Ayo Salako topped the Under 15 boys standings on the day in 7.52secs and is third in the national rankings. Henry Thomas clocked 8.16secs in the same event. Colleague Ibukun Akintola ran a solid 8.22secs for his PB.

In the Under 20 women’s category, Esinam Dake also enjoyed a sub eight second run with a 7.99secs clocking.

In the Under 13 girls ranks Tochi Davids ran 8.51secs, the fastest time of the afternoon. Inessa-Renee Atta-Flynn , Amber Bloomfield and Rhianna Fowler all bagged PBs in the same age group. Bloomfield also competed at the Surrey XC Championships the previous day.