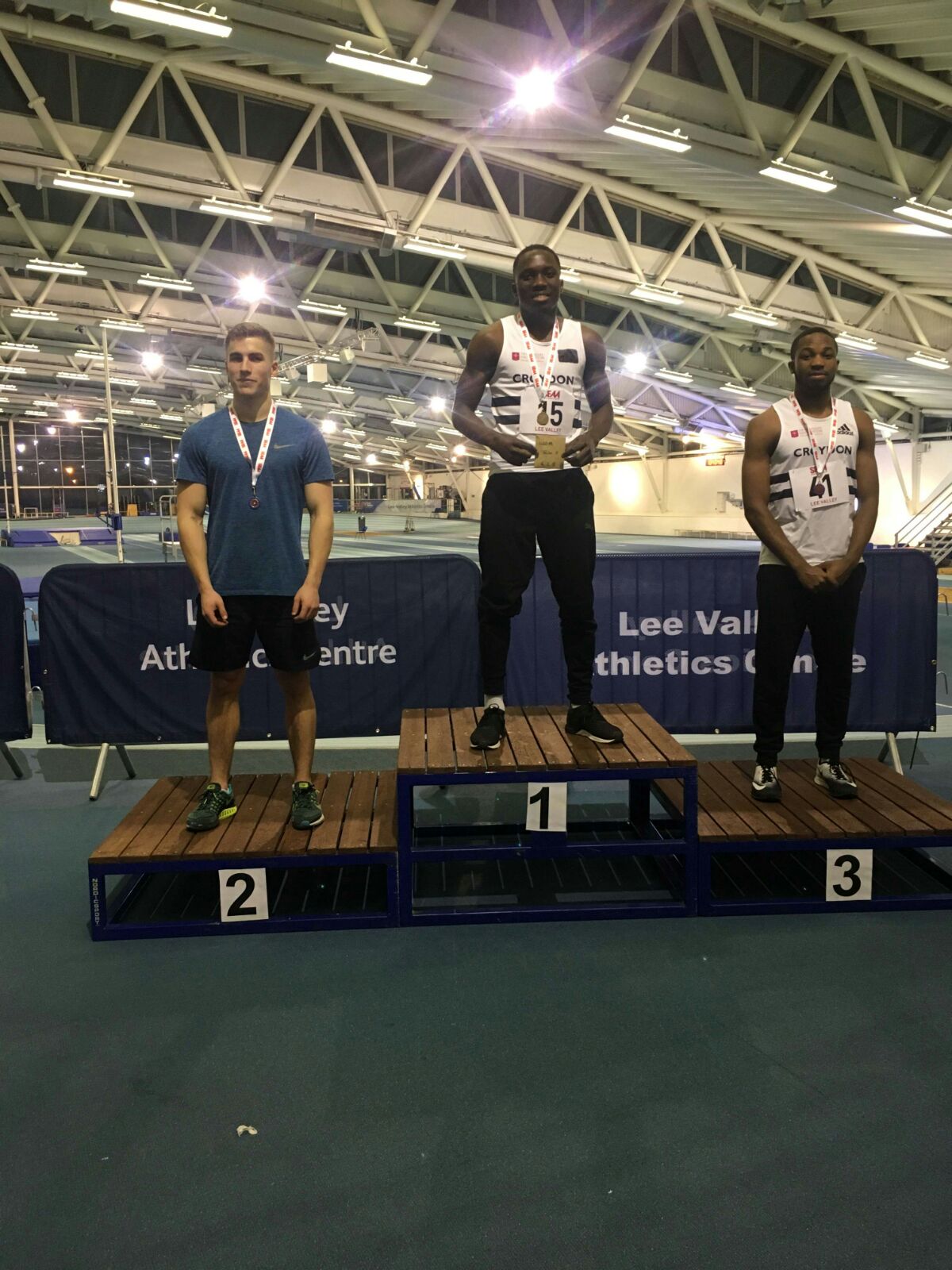 Romell Glave’s rapid rise continued at apace this past weekend, running 6.66secs over the 60m to clinch under 20 men’s gold.

The time ranks Glave 3rd in the all time UK junior 60m rankings, behind Mark Lewis-Francis and Dwain Chambers – both of whom acknowledged Glave’s achievement via Twitter.

Samir Williams also continued his impressive improvement and finished with a bronze medal in 6.80secs in the same race.

There was an array of silver medals throughout the weekend.

Paul Ogun won silver in the men’s long jump and Emmanuel Thomas matched that feat in the pole vault despite breaking a pole earlier in the competition.

Ashleigh Clarke was runner-up in the women’s 200m.

In the under 20 women’s 60m, Davina Ansah reached the final in 7.66secs. She was well supported by Tosin Salami who was in the semis and Esinam Dake. In the 200m, Rhiannon Gayle reached the semi-finals and was supported by Ines Karel-Zepa.

Training partners Sonyce Archer and Ola Olufemi-Krakue were 6th and 8th in the Under 20 women’s triple jump.

Micah Francis-Dwyer and Dylan Da Costa were 4th and 6th in the Under 20 men’s 200m final.

Sophie Elliss reached the semi-finals of the 400m with a 59.00secs clocking.

Well done to you all!