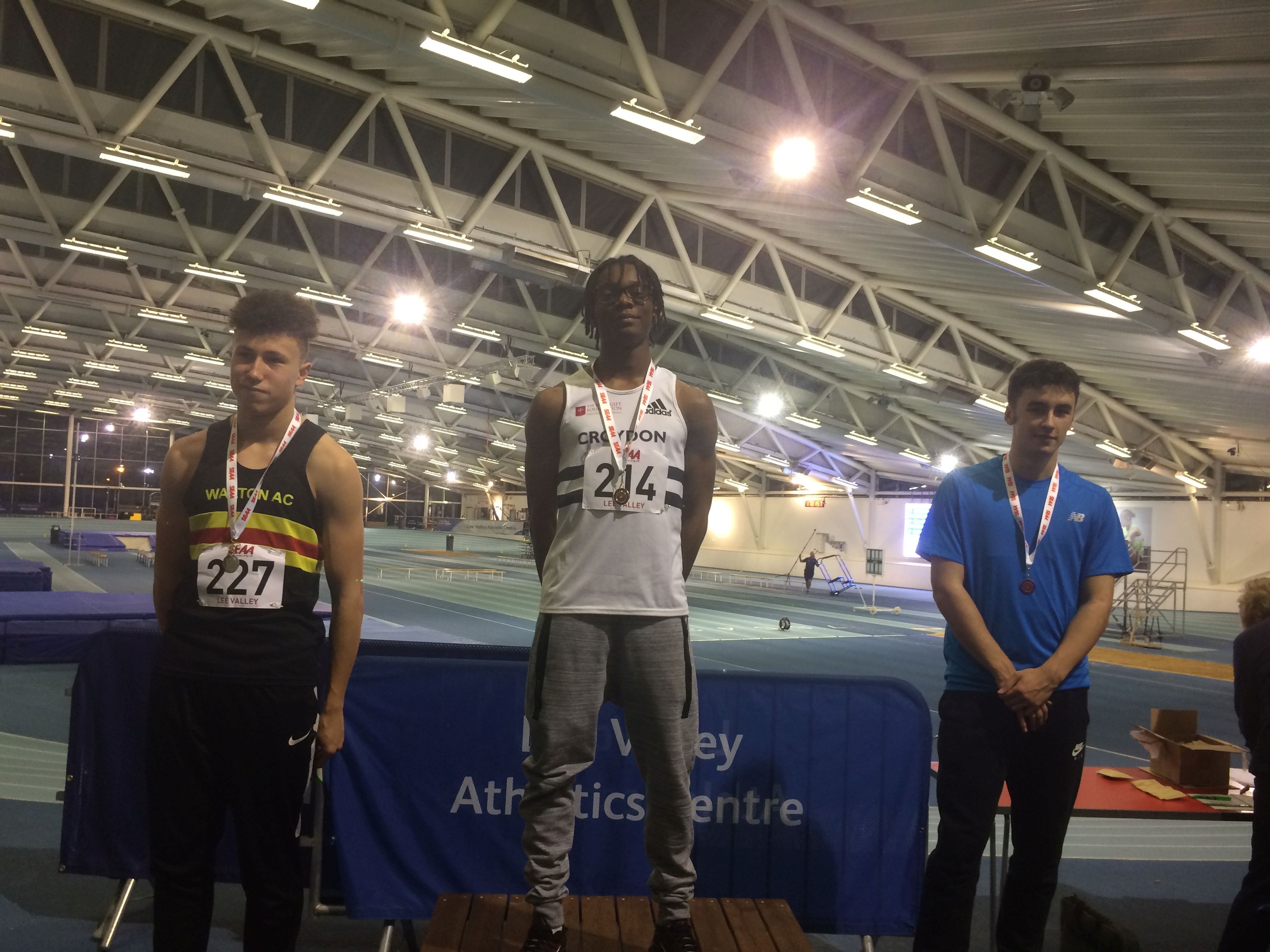 There was double Gold for Croydon Harriers at the South of England Indoor Championships at Lee Valley this weekend.

Marcia Sey scooped the Under 17 women’s 60m hurdles title in 8.60secs in a time that would have ranked her 4th in the UK for her age group last year.

Sey would also bag a silver in the hotly contested 60m, in a final which also featured club colleagues Naomi Owolabi (4th) and Kayla Bowley (5th). Toni Bryan narrowly missed out on a place in the final. 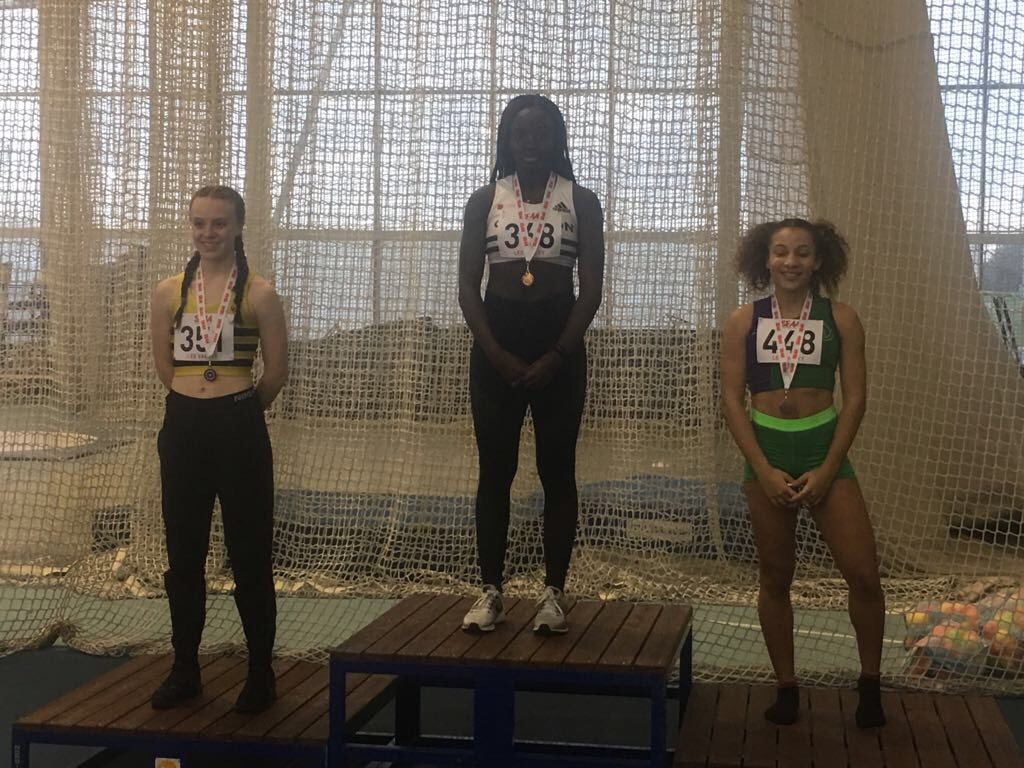 Bowley would also place 5th in the 200m.

Croydon’s other double medallist on the weekend was Derek Kinlock who was making his indoor debut. He scooped bronze in the Under 17 men’s 60m before going onto win the 200m title. 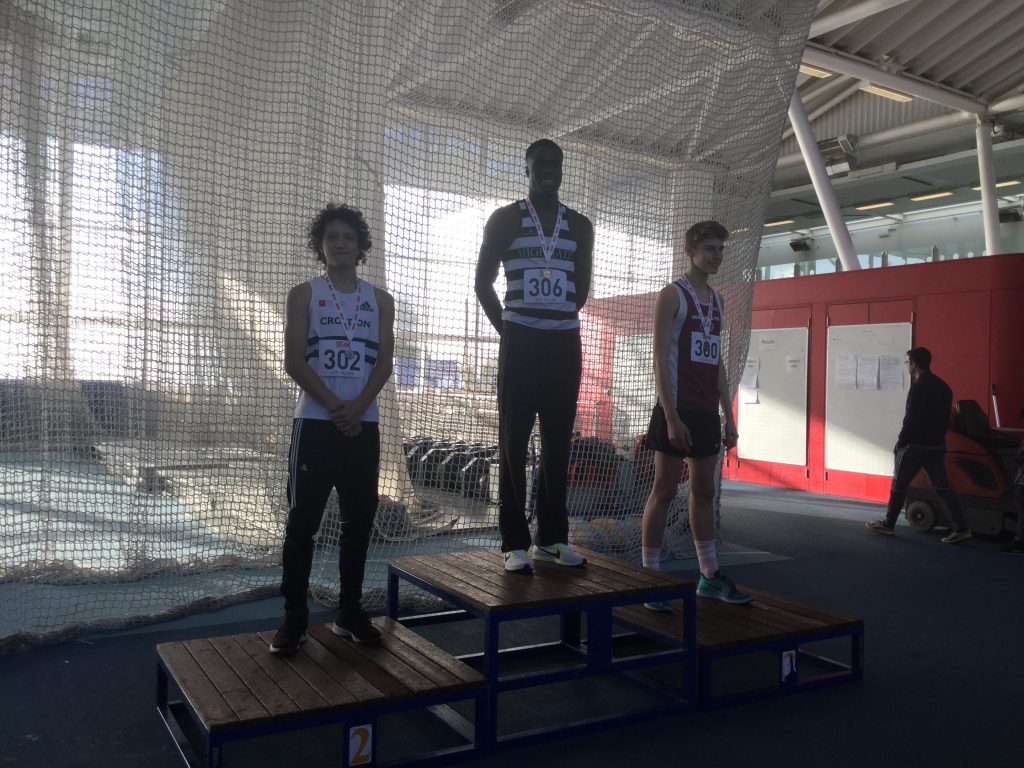 On the field, there was Silver for Jack Ennis who cleared 2.01m in the Under 17 men’s high jump.

Elsewhere Kwame Tomlin was 5th in the U17M 60m, while Glalys DaCosta and Esinam Dake were both in action in the Under 17 women’s 400m.