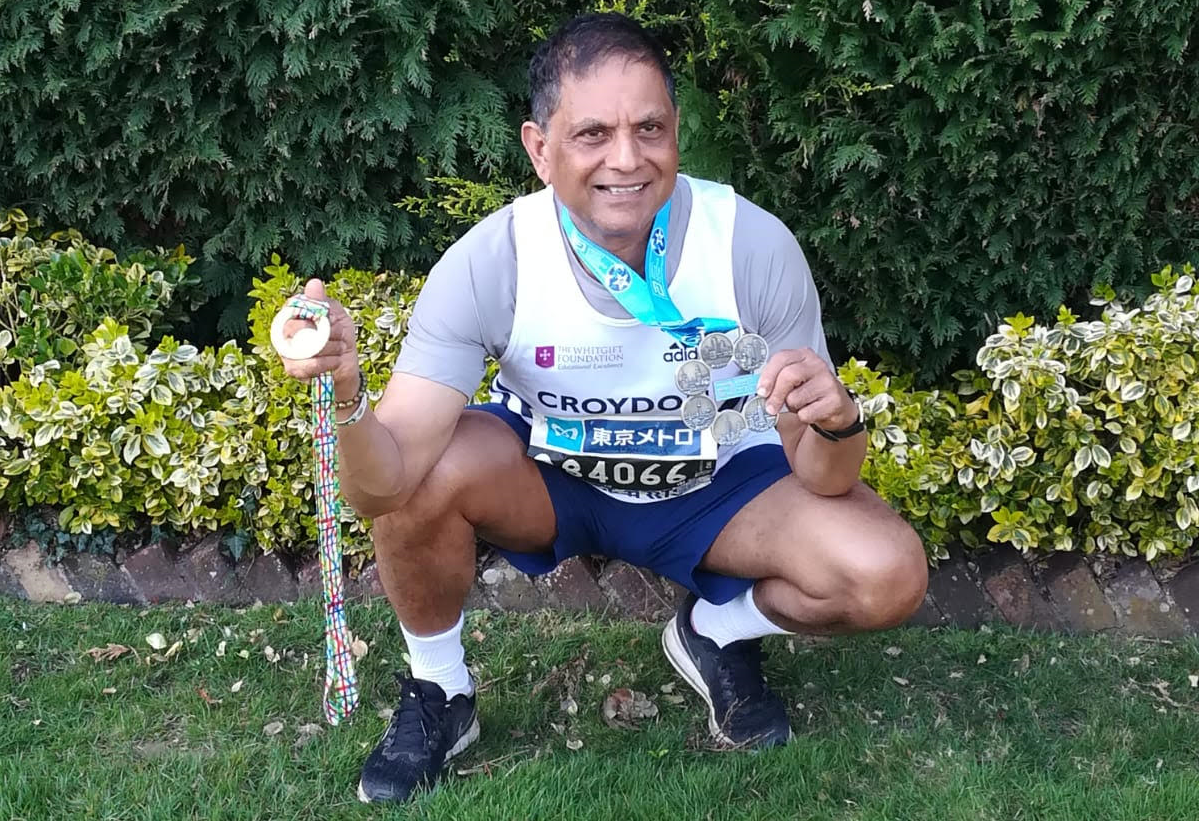 Rush Yadave Marathon Majors and Colin at the World Masters

01 May 2019
Croydon Harrier Rush Yadave completed his 6th of the marathon majors in Tokyo.
He has now completed over 150 marathons in his lifetime and heads to London later in the month.

Colin Oxlade continued his efforts in a GB vest at the World Masters Athletics Championships in Poland.

He finished 28th in the M60 category at the half marathon. in 99:58 and clocked 11 minutes 30.31 seconds in the 3000m to finish 16th.
There were some encouraging performances at the SLAN Open at Sutton for a number of Croydon Harrier young athletes particularly on the field.
Jack Ennis cleated 2.03m in the high jump while Israel Bakare notched 1.85m. Phoebe Broadhead opened her Under 15 girls hammer season with an effort in excess of 33m. Reuben Vaughan made a solid start in the discus cialis online no prescription canada with a throw of over 45m.
There were two pbs for Kyra Sethna-McIntosh in the 800m (2:17) and 300m (43.94s) respectively.
Six Croydon Harriers were in action at the Croydon Half Marathon. John Millington (32nd), James Moore (42nd) and the debuting Rob Monk (69th) all packed well, while Terry Lapins, Keith Brown and Jules Del Nevo we’re also in action.
In the pick of the Parkrun performances, Jessica Moore was 1st lady home at Lloyd Park. Isaac Flanagan was 3rd home. Patrick Lucas was 1st home at Preston Park while Glenn Barden was runner-up at Homewood.

Colin Oxlade representing Team at the #worldmastersathleticschampionships in Teamin the XC in the M60s!