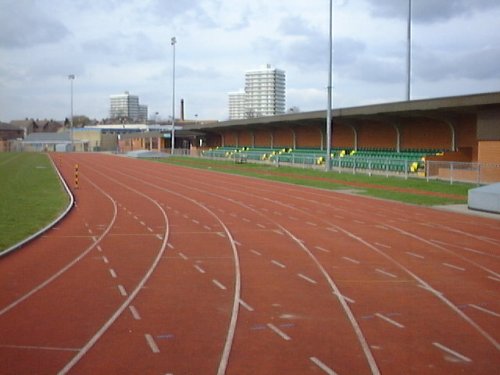 Croydon’s men’s team finished a respectable fourth out of 8 at the Rosenheim League finale.

Pat Lucas won the 800m with Matthew Pepper finishing 3rd in the 100m shortly after.

Jessica Moore was 8th in the non scoring 800m race.

Chris Ahouzan clung onto 2nd in the 400m, while Robbie Tambling was 5th in the 1500m despite being the youngest in the race.

Matt Pepper was a solid 4th in the 200m, and Dan Humble faced stiffed opposition in the 3000m but did get a PB for his efforts.

The 4x200m team of O’Dongo, Ahouzan, Pepper and Tambling were edged out into third on the night.

On the field, Emmanuel Thomas was 2nd in the pole vault, and Chris King was 6th in the hammer.

Pat Lucas valiantly filled in in the discus to finish 6th.

With thanks to our officials Peter and David who were there on the night.

And with thanks to everyone who has competed or helped out at the Rosenheim League this year!