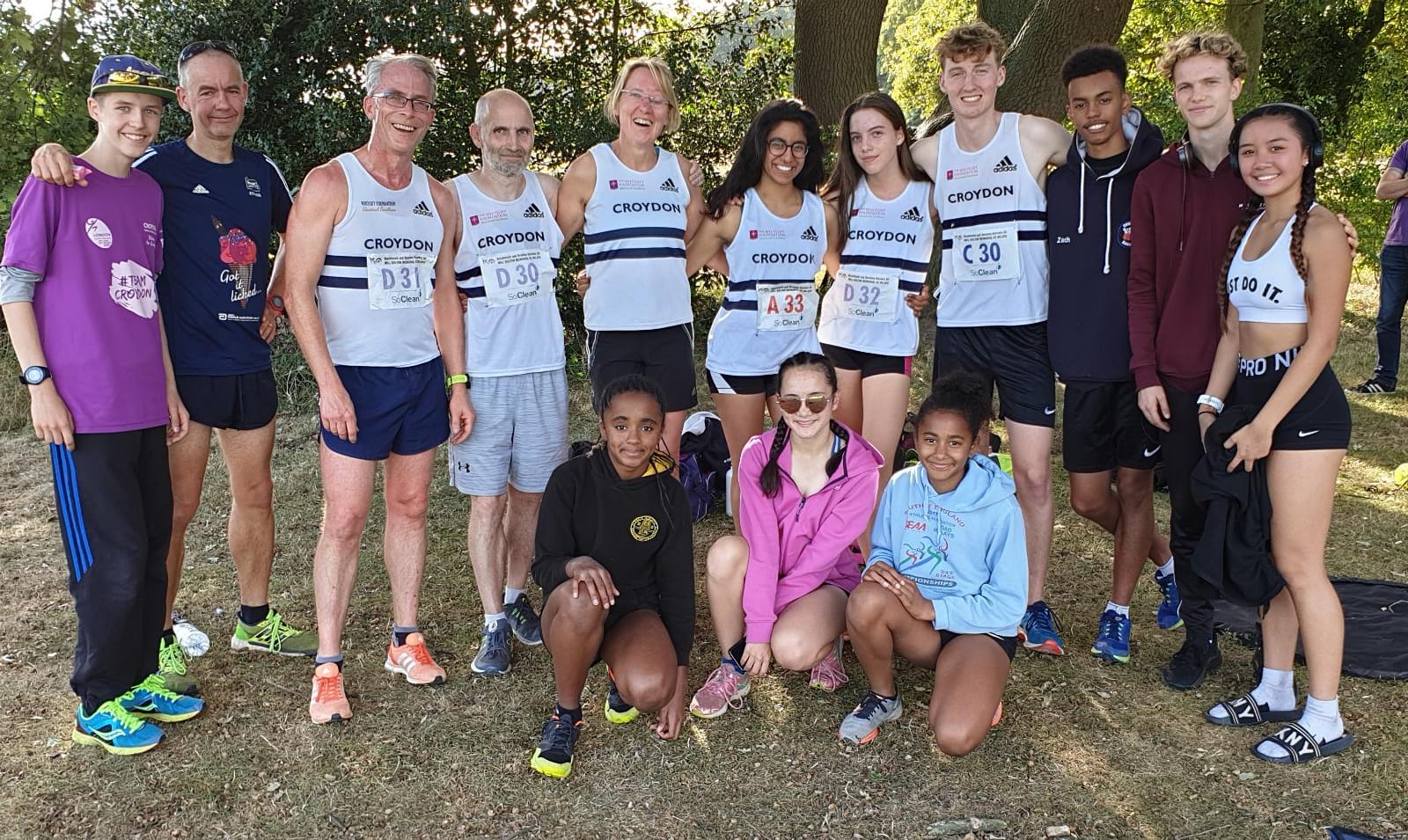 Croydon Harriers took on the county’s best athletes at the Surrey Road Relays on Saturday at Wimbledon with 16 runners in action.

The B team featured Jule Del Nevo with 2nd efforts from Corby, Armstrong-Pileth and Sarker-Bell to place 15th out of the 20 competing clubs.

The Under 15 boys trio of Douglas Aikman, Samuel Mowa and Chizoba Nkamuo were 13th out of the 39 competing teams.

The Under 13 trio of Kobi Blake, Kyron-Bailee Burke and Isaac Hemmings were 26th while the Under 15 girls team of Jana Sethna-McIntosh, Jenna Hooper and Holly Perks were 37th.

In the adults races, Croydon’s mixed men’s team of Joachim Bambury, Zachary Blair, Nick Marshall and James Moore finished 15th out of the 34 teams who closed in.