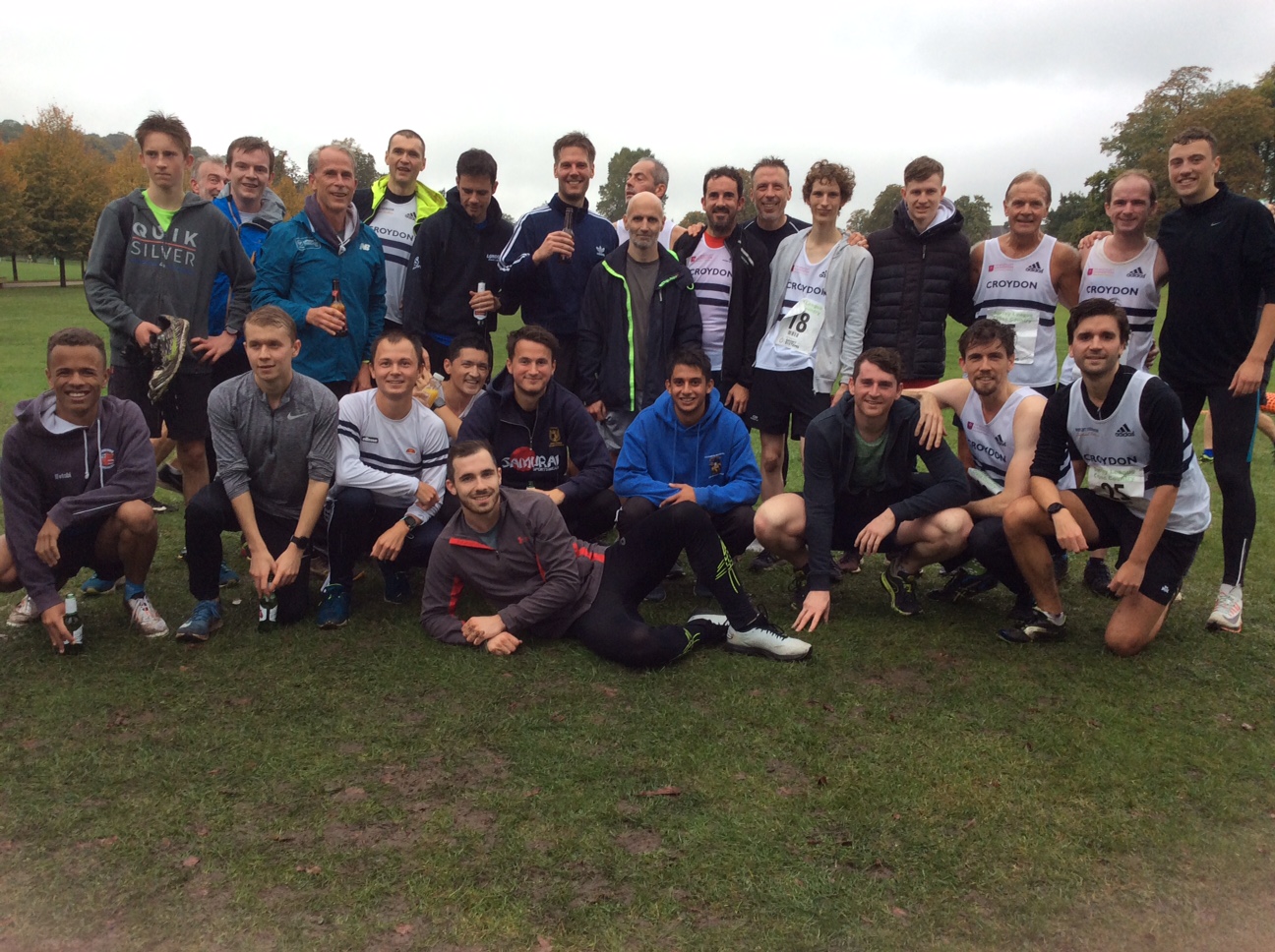 Thirty one men finished in the 2nd division season curtain raiser, but the squad had to settle for 7th out of the nine competing clubs in an ever increasingly competitive field.

James Hancock made a blistering start to his Croydon debut in the league, finishing third out of nearly 200 competitors.

An amazing day’s action at the Surrey League at Reigate! Well done to everyone involved ????

The B team enjoyed their best finish since the category was introduced in the league, finishing third, spearheaded by David White (100th) and Kartik Iyer (104th). Colin Oxlade enjoyed the pick of the Masters results, finishing runners-up in the M60 category.

In the women’s league, Laura Marshall was an impressive 38th in 2nd division race of over 210 competitors. Solid packing ensued for the remainder of the scoring quintet thanks to Jules Del Nevo (104th), league debutant Sandie Sarker-Bell (109th), Miriam De Souza (122nd) and a retunring Sarah Bruce-Green (134th). The A team finished 19th, while Jenny Beecroft (157th), Carol Johnson (212th) and Radhika Selva (216th) were part of the B team who placed 39th.

In parkrun action, Glenn Barden was runner-up at Leas Minster, while Nick Marshall was 4th at Lloyd Park.