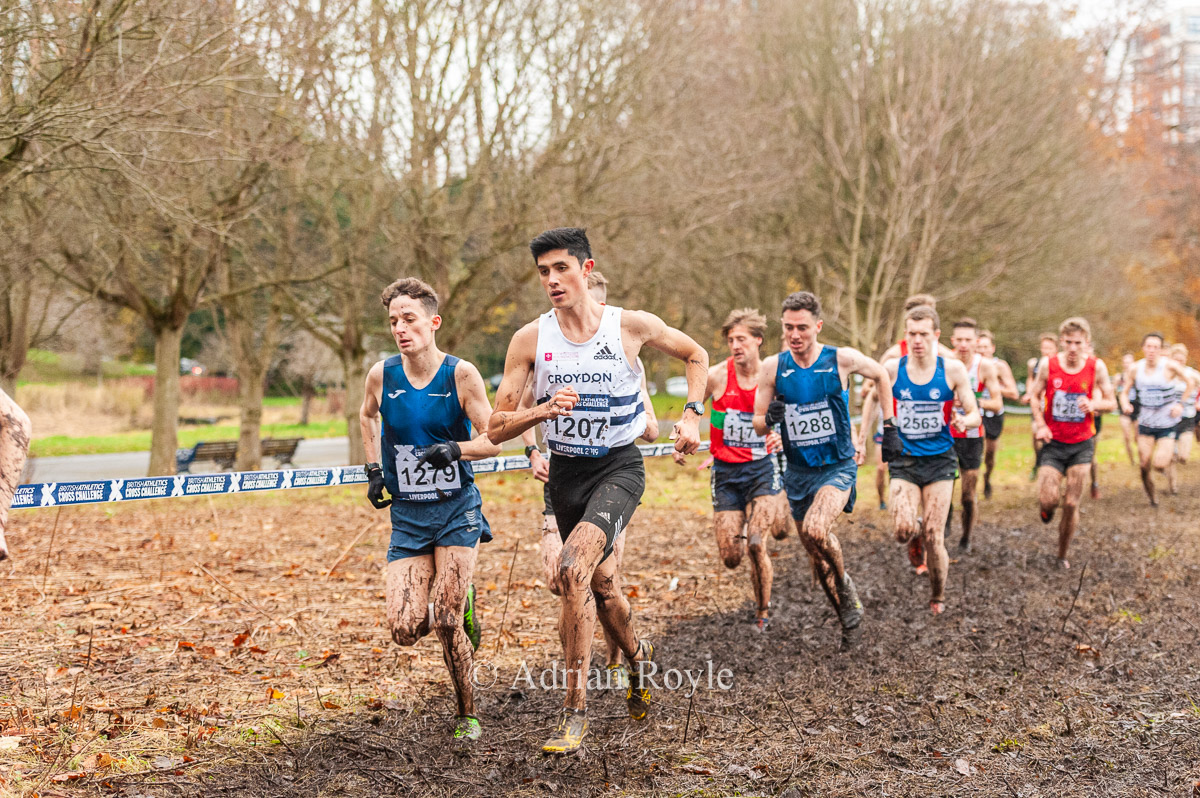 Nolan at the Trials plus Downs League round-up, 1st Dec 19

Croydon Harrier Dom Nolan placed an impressive 55th at the British Trials for the European Championships at Sefton Park in Liverpool.

It is an eight place improvement on the London 2012 kit carrier’s performance in 2016 in this event. There were over 600 competitors in the field.

At the Downs League for young athletes, the Under 15s placed a solid fourth in the team race. Douglas Aikman sneaked inside the top ten, while solid packing from Ebuka Nkamuo, Samuel Mowa and Chizoba Nkamuo were 13th.14th and 15th respectively. Jenna Hooper, Jana Sethna-McIntosh and Leah Allison provided non-scoring support.

In the Under 13 boy’s race, Kyron-Bailee Burke was 10th and Jasmine Bell 23rd girl. Olivia D’Almeida was 7th home in the Under 11 girls category, while Alex Giles was 18th boy on his league debut.