Dom Nolan finished in the top 100 in the men’s race, the highest position by a Croydon athlete in the showpiece event for over two decades.

He led the Croydon squad to 86th out of 131 teams who closed in in the six to score competition.

Neil in fact suffered a heavy fall in the early stages but still valiantly got up and battled on to finish the race.

It was Stevie Lawrence who would secure the club’s higher individual finish of the day, placing 28th in the junior women’s race.

The other age group leaders were:

Megan Driver battled on after losing her shoe early on in the race due to the severe mud. The embattled driver threw her shoe to father Stuart before battling on to complete the remaining 3.5km.

Dane Lawrence and Neal Kesterton were also due to run but had to withdraw on the day due to injury. 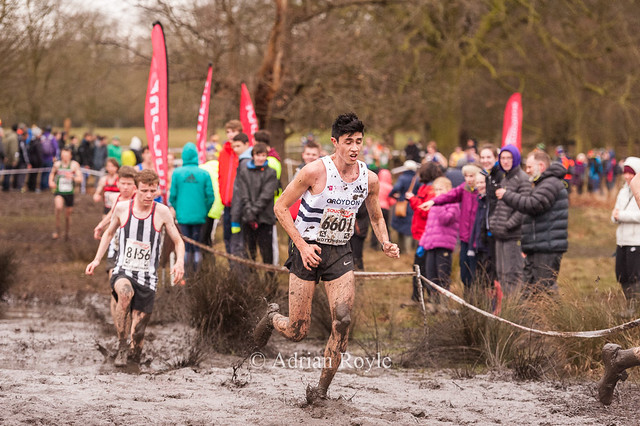 With thanks to Pearl and Oliver for their organisation en route to the Championships and on the way back! And thanks to all the parents partners and supporters who came to watch. An incredible effort from you all!