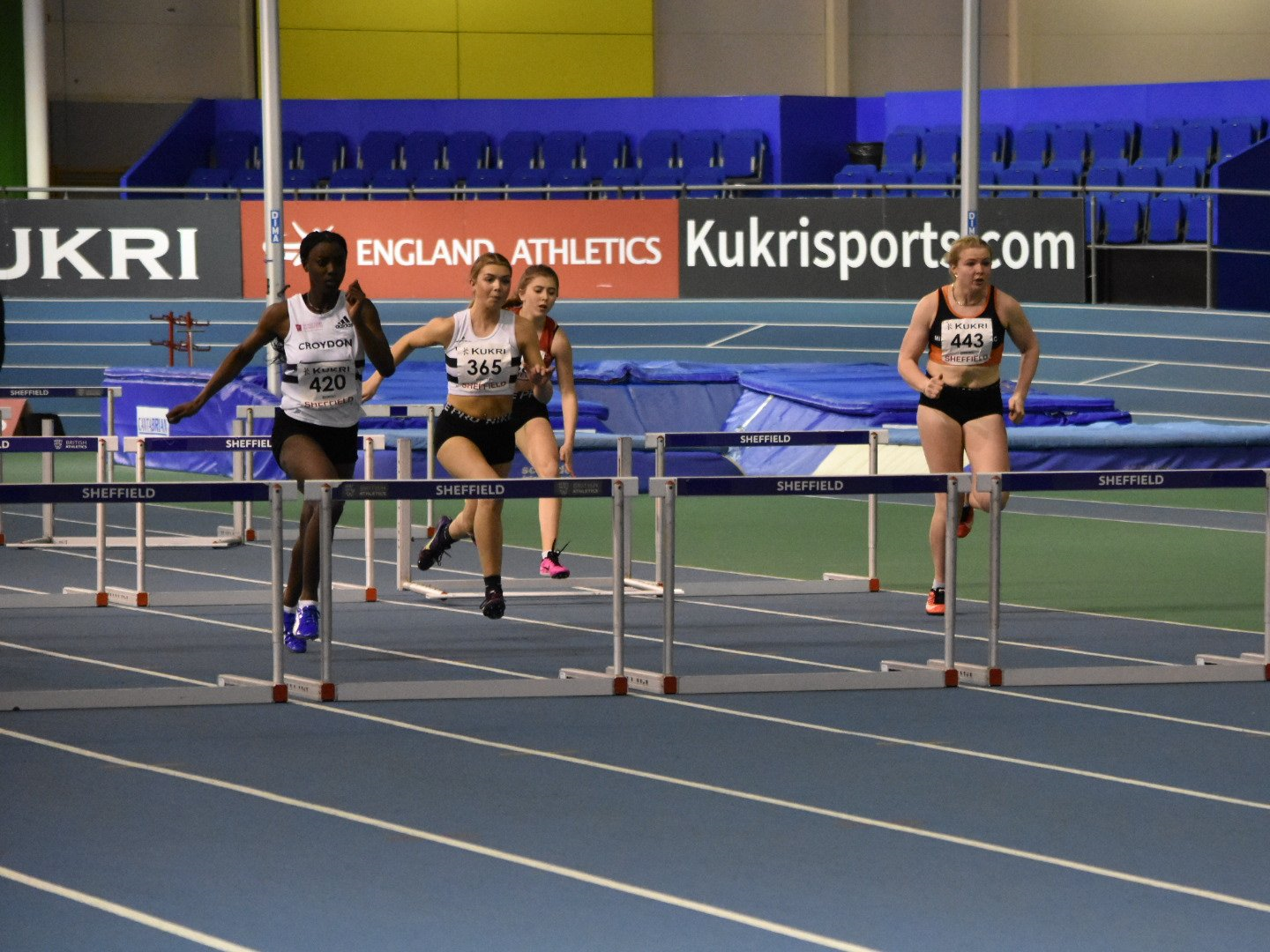 Bonsu triumphed in the Under 17 women’s 60m hurdles in emphatic style in 8.45secs, to go second on the UK all-time ranking list.

Rachael Largie-Poleon came through two rounds of the Under 20 women’s 60m to finish fifth in the finale in 7.59secs. Welsh indoor shot putt champion Cerys Aboagye was ninth in her final in the same age group.

The 60m proved fruitful for the Croydon squad, with five gold medals across the age groups. Casielle Murray (Under 13 girls), Atarah Kenton (Under 15 girls), Ethan Mauge (Under 17 men), Ninsola Adewale (Under 20 women) and Jesse Agyemang (Men) all topped the podium.

Link to the picture gallery