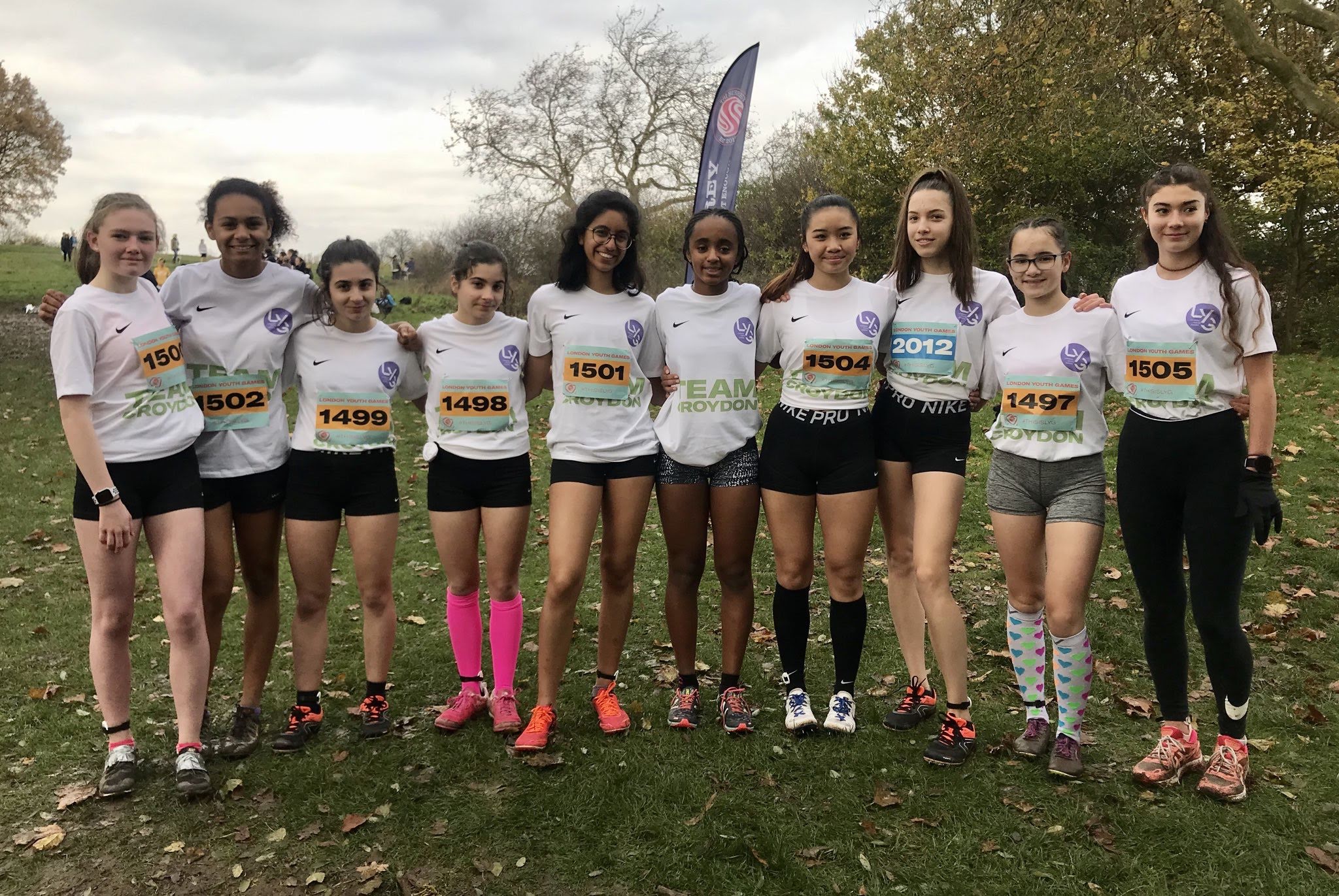 Over forty young athletes represented the Borough of Croydon at the London Youth Games cross country championships at Parliament Hill on Saturday.

Please note the below report relates to the Borough of Croydon team as a whole, and not just Croydon Harriers.

The standout moment came courtesy of South London’s Tom Harmer who claimed a sensational win in the Under 13 boy’s race. He was backed up by Noah Findell (28th) and Chris Finch (47th) with the team finishing 5th in a field of 33 London Boroughs.

The U17 women’s squad claimed the 2nd highest finish of the day in 8th. Amy Miller finished 14th in a stellar field, with Katie Mooney (26th) and Kathryn Jefferson (50th) providing solid support.

There was a 9th place finish for the Under 15 boy’s team. Conrad Norman would finish just four seconds outside of the medals in 4th. Croydon Harrier duo Douglas Aikman (56th) and Ebuka Nkamuo (63rd) completed the scoring team.

In the Under 17 men’s race, Trinity’s George Ogden (48th) and Royal Russell’s Jack Burton (49th) both sneaked inside the top 50. Croydon Harrier Zachary Blair was 63rd to ensure the team finished 16th.

The leading Under 11s for the Borough included Alex Giles (129th) and Olivia D’Almeida (45th).

The girls overall would finish 16th, while the boys would place 10th out of the 33 London Boroughs.