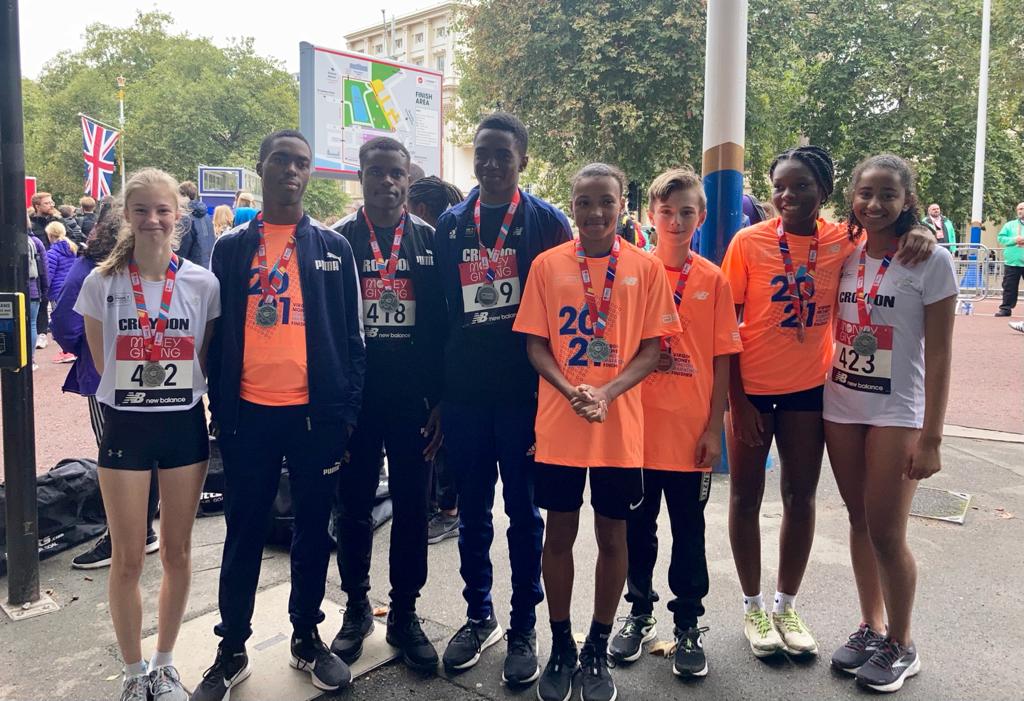 Summary: 27 young athletes represented the Borough of Croydon at the London Mini Marathon, in total, which involved 33 London Boroughs entering teams of six in each age group.

Whitgift School pupil Conrad Norman finished runner-up in the Virgin London Mini Marathon on Sunday in a field of 129 finishers.

The Under 15 Boys quartet would enjoy the best team finish of the day, placing fifth overall.

In the Under 13 ranks, Olivia D’Almeida (41st) and Alex Giles (98th) were first home for Croydon in their respective races.

Seven Croydon Harriers took part in the London Marathon, with Madeleine Armstrong-Plieth breaking the club W40 record with a time of three hours 25 minutes and 21 seconds.

So happy with my time at @LondonMarathon today, especially as a few months ago I wasn’t even sure I could run it. And very proud do do it in a @harrierscroydon vest. Now for a celebratory ? https://t.co/q189RvXMeU

Thanks so much to all volunteers for all your help!