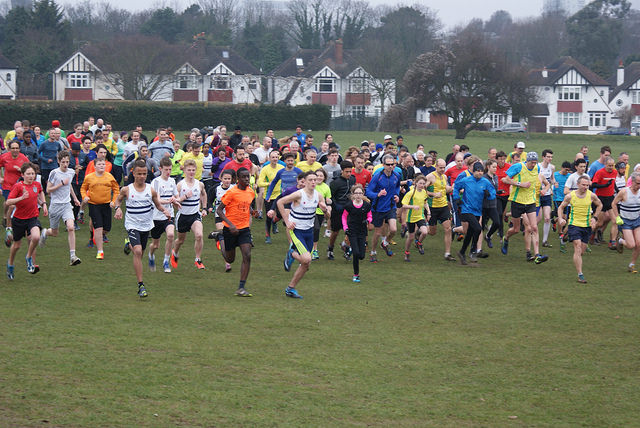 The fourth annual mobmatch between local rivals Striders of Croydon and Croydon Harriers took place at Lloyd Park on Saturday, in conjunction with the weekly parkrun. It was the closest match of the series, with 49 Striders and 37 Harriers taking part.

The first man home was Phil Coales of Striders, who completed the muddy course in 17 minutes 40 seconds, more than a minute clear of the runner-up, Rob Lines (18.49). Croydon Harriers were led by Robbie Tambling who placed third in 18 minutes 51. Striders had the next two finishers with Lee Flanagan fourth (19.10) and Justin Macenhill fifth (19.22), while Mark Lynch of Harriers was sixth (19.44). Matt Stone of Striders was the first over-50 to finish, placing ninth overall (20.02).

Ernie Hann of Harriers was tenth (20.09) with Graeme Drysdale of Striders eleventh (20.13)

This Saturday (25th) members of both clubs will be competing in the National Cross-Country Championships, at Wollaston Park, Nottingham. 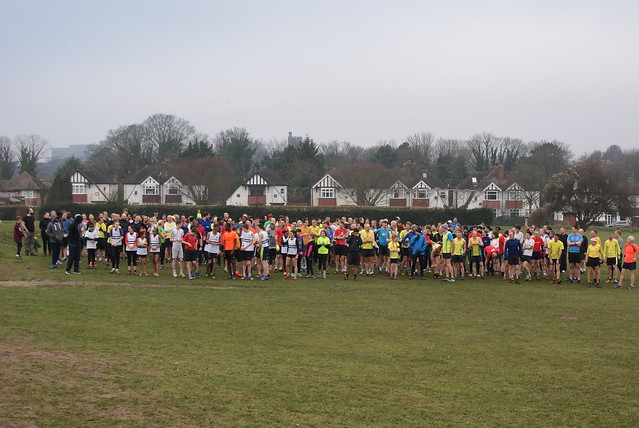