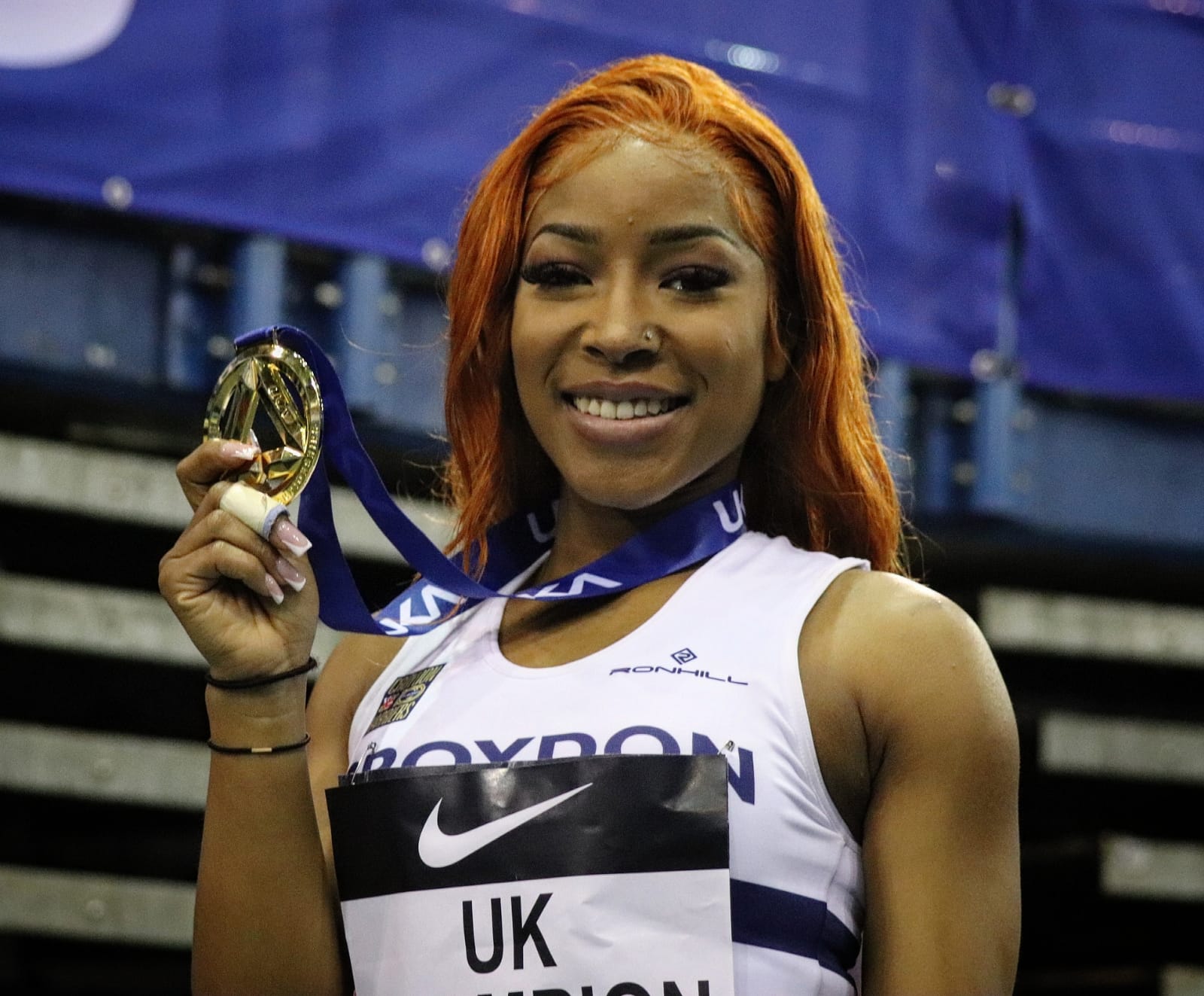 Gold for Cheyanne at the British Trials!

Croydon Harrier Cheyanne Evans-Gray won the UK 60m championships in Birmingham on Saturday, and booked her place to compete in the World Indoor Championships in Belgrade in the process.

The 23 year-old clocked 7.25s twice on the way to winning her semi-final and finale, having clocked the A standard at Newham a few weeks ago. She will make her debut for GB later this month.

Long jumper Paul Ogun was denied a medal by just 4cm, but leapt to 7.37m for a joint season’s best to finish fifth. High jumper Jack Ennis would finish joint 9th thanks to a 2.05m effort.

There were 60m semi-final appearances for Rachael Largie-Poleon and Suhiyini Osman, while Derek Kinlock would make the same stage in the 200m, following up from his British University & Colleges silver medal a fortnight ago.