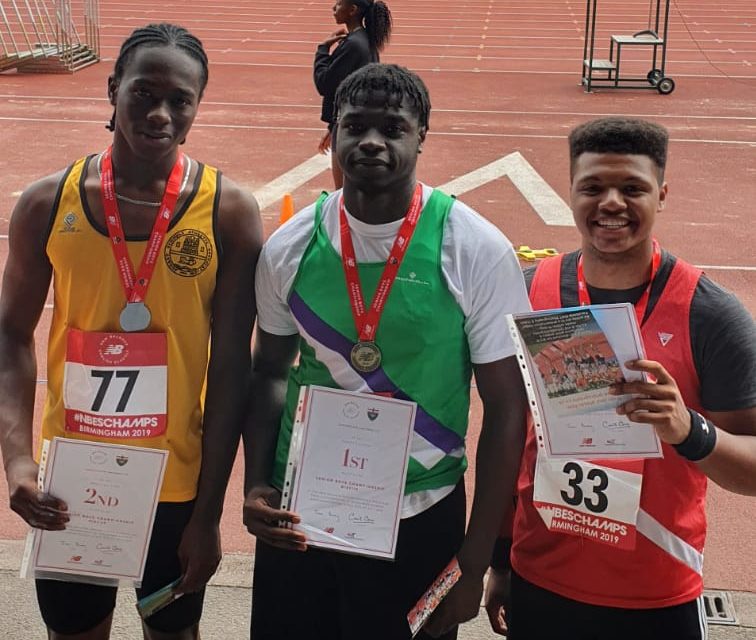 In the sprints, Kayla Bowley produced the pick of the performances, winning bronze in the senior girls 200m in 24.32secs.

On the field there were a number of encouraging performances.

Sasha Howard was 10th in the junior girls high jump, while compatriot Phoebe Broadhead was 11th in the hammer for the same group. High jumper Israel Bakare cleared 1.82m to place 7th in the inter boys, while Ovie Whiskey was also in action in the junior boys version.

In the sprints, Tyvon Innis, Derek Kinlock, Davina Ansah, Francesco Calemma and Rachael Largie-Poleon all made the semi-finals of their respective events, while Ninsola Adewale was in action in the junior girl’s 100m.