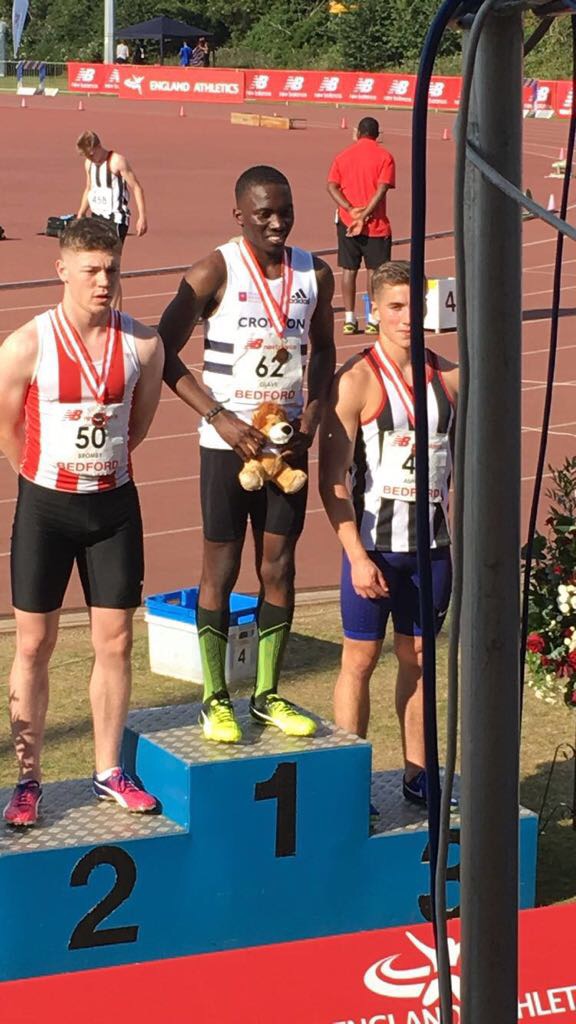 Croydon Harrier Romell Glave was crowned a double national champion at the England Championships at Bedford this past weekend.

Glave shot to number one in the UK over the Under 20 men’s 100m triumphing in 10.21secs. He then triumphed in the 200m, breaking the 21 second barrier for the first time in the semi-final.

Club colleagues Samir Williams and Tyrese Johnson-Fisher made the semi-finals of 100m. Ashleigh Clarke ran a season’s best in the U23 Women’s 100m in 12.38secs. 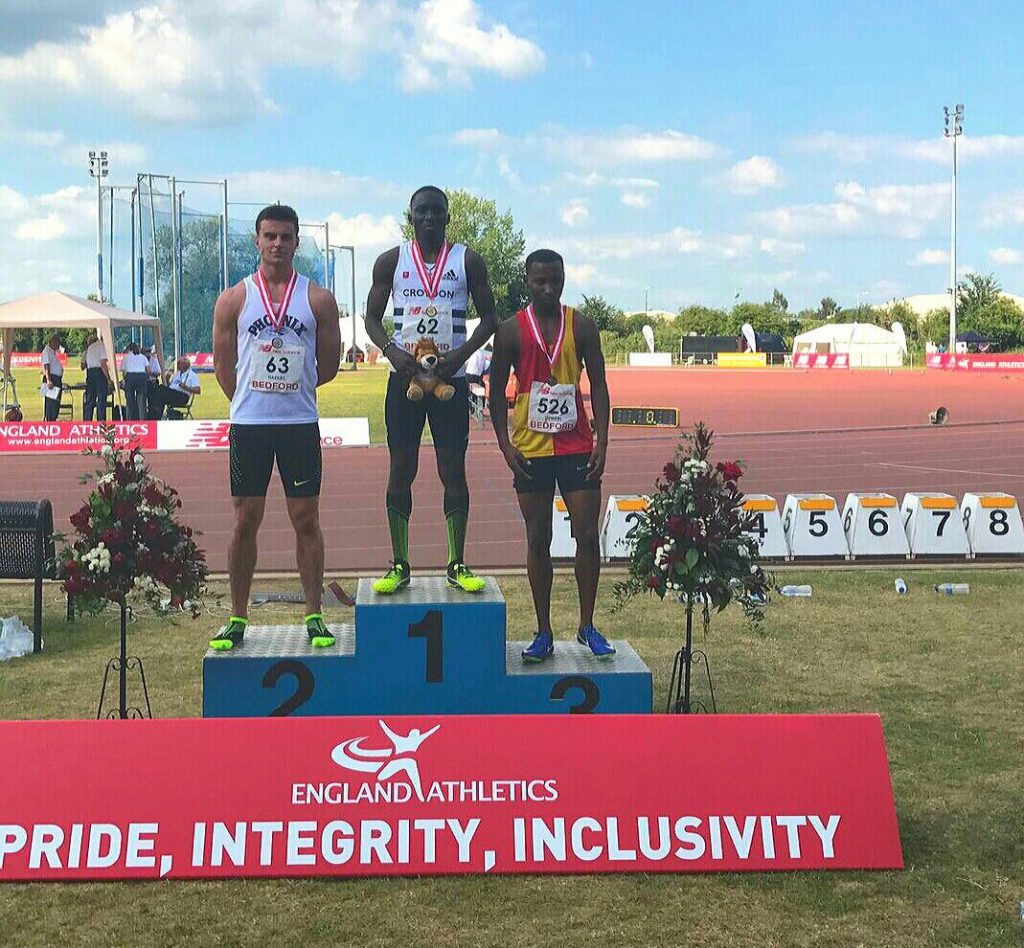