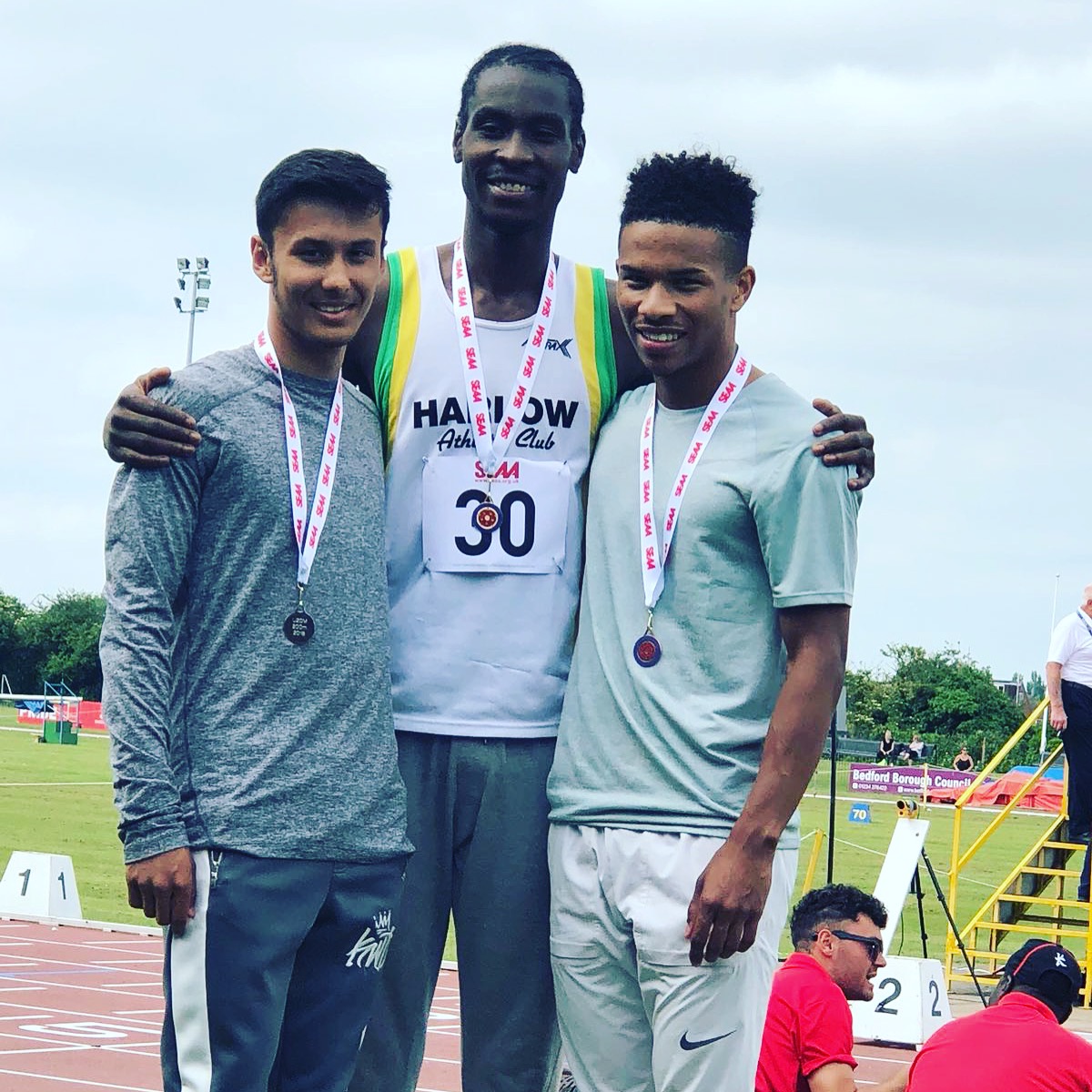 A dozen Croydon Harriers took on the best athletes in the country at the England Championships at Bedford last weekend.

Croydon athletes brought home two silver medals thanks to Jack Ennis and Marcia Sey. Ennis leapt to a new lifetime best of 2.05m in the Under 20 men’s high jump. Sey meanwhile bagged a European Youth qualifying time in the Under 18 sprint hurdles in a final in which she was runner-up.

There were a further three top six performances which were found on the field. Emmanuel Thomas narrowly missed out on a podium finish in the Under 20 men’s pole vault (4.40m). Alex Wiafe threw 13.46m in the Under 20 men’s shot putt to finish 5th, while Reuben Vaughan (43.13m) was one place furth