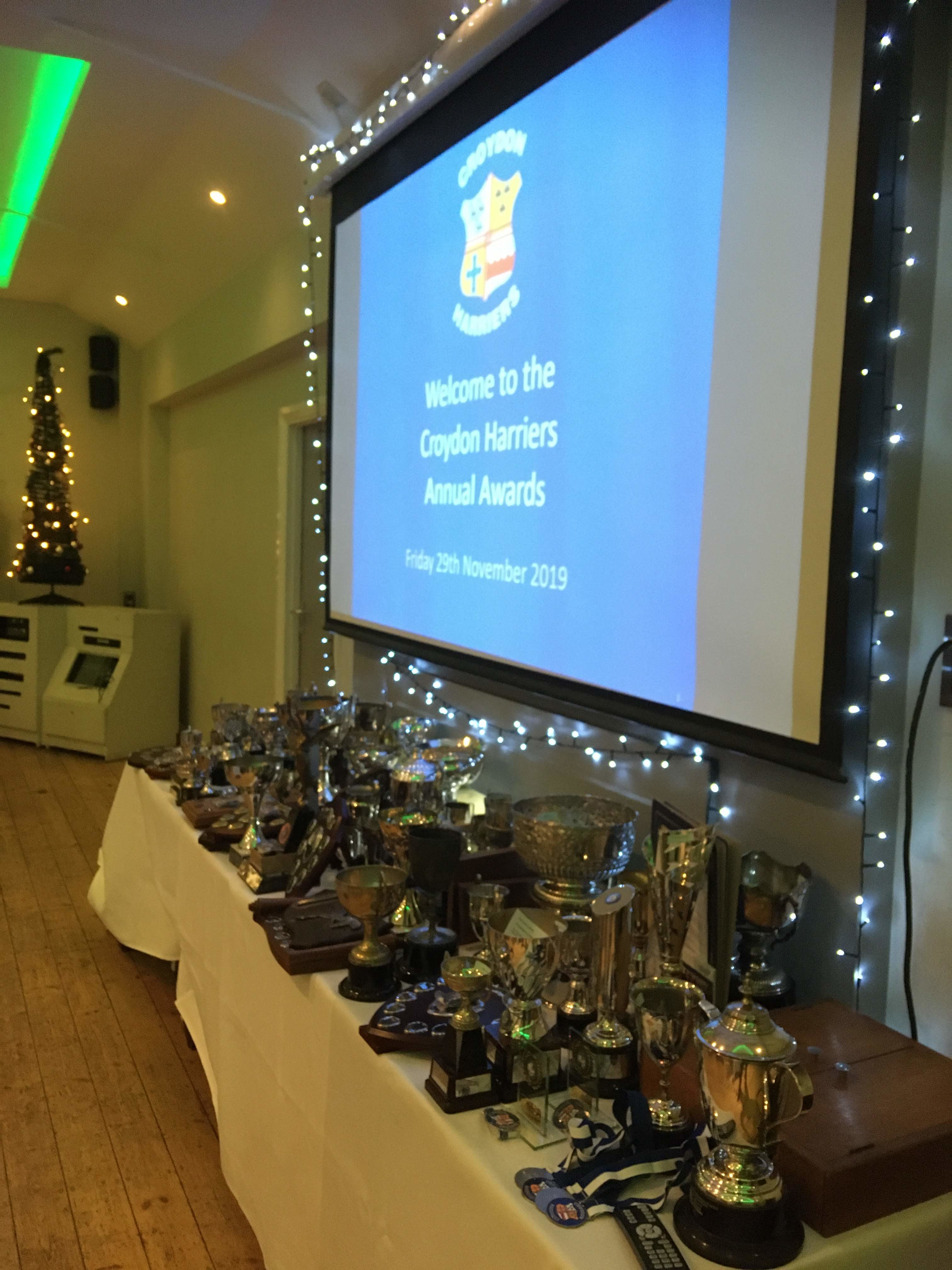 Eighty awards given out at the 2019 Awards evening

A massive thank you to everyone who came along to our awards evening on Friday 29th November 2019 at Whitgift Sports Club.

The sold-out event saw awards given out to our athletes for all their achievement over the past year.

Four time Olympian and club legened Donna Fraser was on hand for a quick Q & A, and to launch her fundraising auction, more of which will be announced in early 2020.

The Outstanding Achievement award went to coach Clarence Riley who has coached our Under 11s section since the mid 1990s.

There was a special presentation to the Great Britain junior record 4x100m team of Samir Williams, Derek Kinlock, Dylan Da Costa and Micah Francis-Dwyer, along with coach Paul Weston.

A massive thanks to everyone who contributed to the evening to make it the success that it was including Amy, Pearl, Andy, James, Nicola, Mike, Colette, Victoria, Jules and Vida amongst others.

Terry Lapins was successful in the London Marathon ballot in the club draw held on the night.

A wonderful awards evening at @WhitgiftSports , thanks to all who attended! We will share some more videos in due course but first, here is the result of our @LondonMarathon ballot! pic.twitter.com/wtGivls6ii

A wonderful moment from the awards evening where we celebrated the achievements of Samir, Dylan, Micah and Derek for their 🇬🇧 U20 4x100m record. We just had to watch it back… pic.twitter.com/IwOFg60Be2