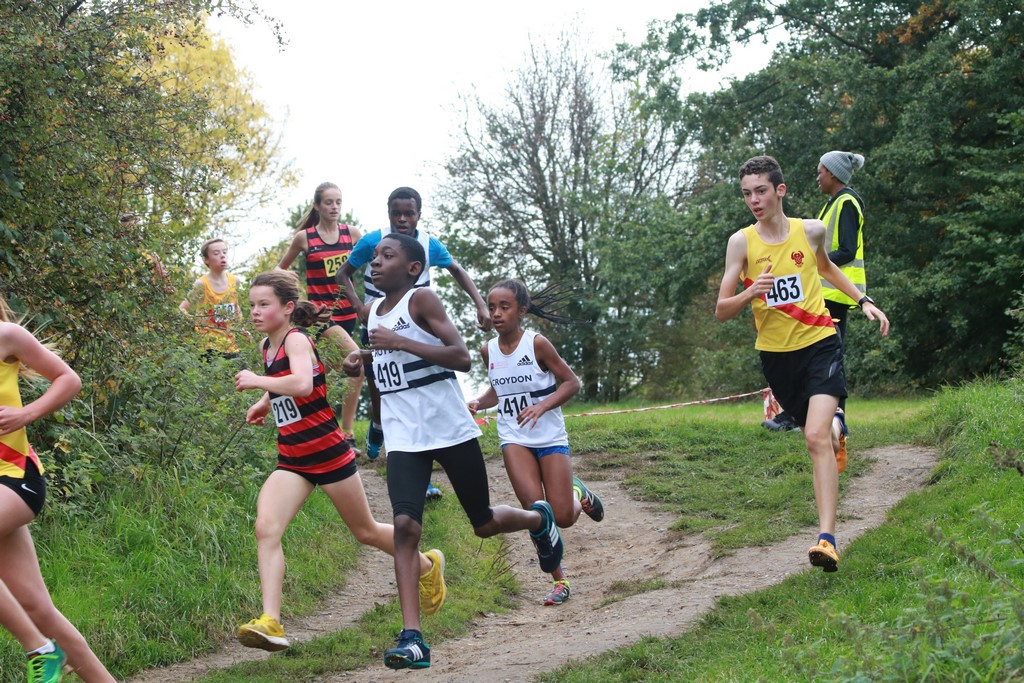 Croydon Harriers hosted the season’s opening East Surrey League fixture at Lloyd Park on the 30th September and enjoyed a solid turnout both as competitors and volunteers.

26 young athletes took part in the two-mile race where there were 93 finishers.

Robbie Tambling was a solid runners-up in the race, closely followed by Joachim Bambury in third.  Jordan O’Dongo (8th) and Imran Salim (13th) completed the scoring quartet and led to the boys winning the team race. Well done chaps!

In the girl’s standings, Croydon finished fourth and were spearheaded by last year’s league winner Jessica Moore who was 12th overall and runner-up in the Under 17 women’s category. Kyra and Jana Sethna-McIntosh were 2nd and 3rd while Jenna Hooper was the club’s fourth scorer.

In the men’s and women’s race, Croydon placed a respectable 9th in the team race. Alan Burn led the men’s team, finishing 9th in the M50 category and was backed up by Colin Oxlade and Andy Del Nevo. 15 year-old Adam Shew enjoyed a solid debut over the distance to be the club’s fourth athlete home.

Congratulations on Jessica and Jules for picking up their individual titles for their efforts for last year.

With thanks to our many volunteers on the day who helped on the finish line, setting up, marshalling and clearing away afterwards. We can’t do this without you! Ken Crooke, a Croydon Harriers club legend organised this league for 50 years. I’m sure he’d be delighted that this league is still going strong and with Croydon doing so well.

PHOTOS HERE AND BELOW

All set for the East Surrey League! pic.twitter.com/DjhmAV1AM8