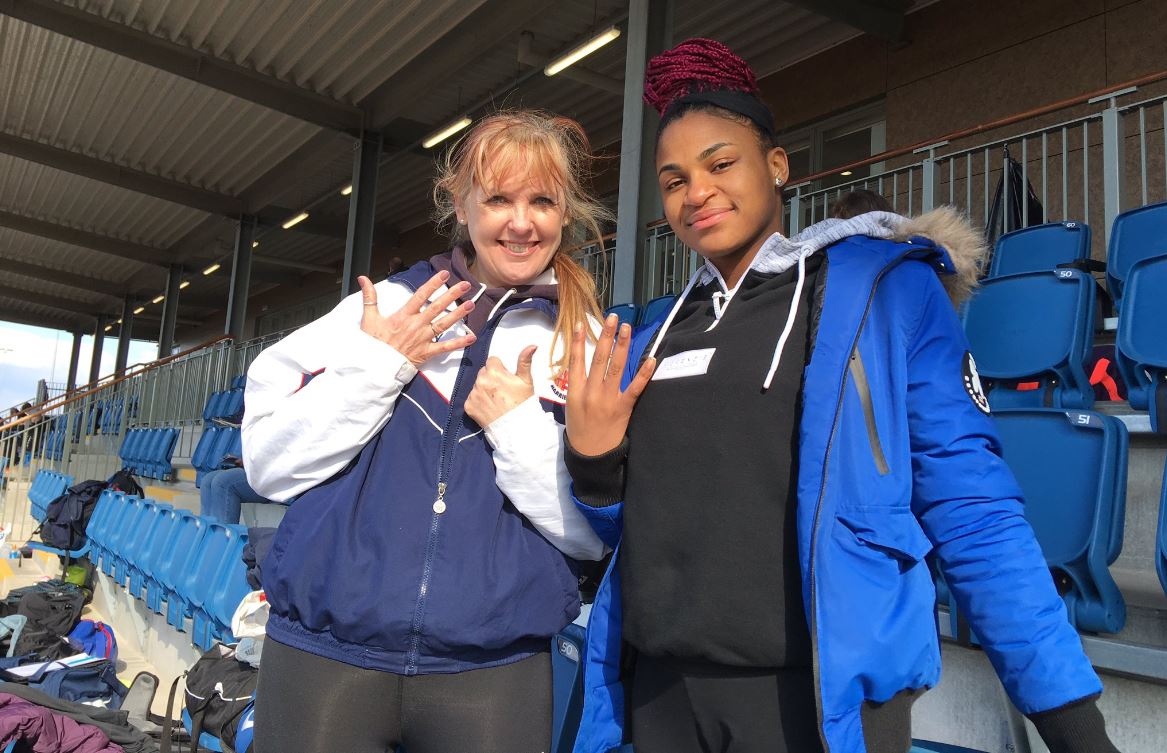 Croydon Harriers’ men’s and women’s team got their Southern Athletics League 2nd division campaign off to a winning start at Walton on Saturday with a comprehensive win.

There were 13 event maximums for the Croydon team, with nine coming on the track.

In the men’s high jump Jack Ennis cleared 1.90m while Israel Bakare leapt to 1.80m to secure maximum points. Reuben Vaughan won the discus with a throw just shy of 40m, with support from 2018 captain James Eccles winning the B event.

The 100m proved a happy hunting ground thanks to Derek Kinlock and Louis Smithen in the men’s and Cheyanne Evans-Gray and Naomi Owolabi in the women’s.

There was similar success in the 400m with captain Rhiannon Gayle and Zoe Dake leading the way in the women’s event, while Harvey Stainthorpe and Israel Ospina were triumphant in the men’s.

Dylan Da Costa and Tyvon Innis won the 200m events, and captain Patrick Lucas led by example in the 800m with Tim Ania winning the B.

There was a sub 16 minute buy levitra generic cialis united states fast clocking for Alex Penfold in the 5000m, with solid support from Josh Haasz in the B event who ran 16:36.

Sisters Jessica and Leanne Moore scooped maximum points in the 1500m, while there was a league first in the men’s 400m thanks to Stirling Gibbons and Stanford Williams winning their events – the first time Croydon has enjoyed a double win in this event.

Croydon concluded the day with a clean sweep of the relays.

With thanks to all volunteers as always for your incredible efforts!

Great performance Croydon. Well done and good luck for the rest of the season.

Some pics from the SAL via Jacob ft @madarmstrong Israel & @herveeee