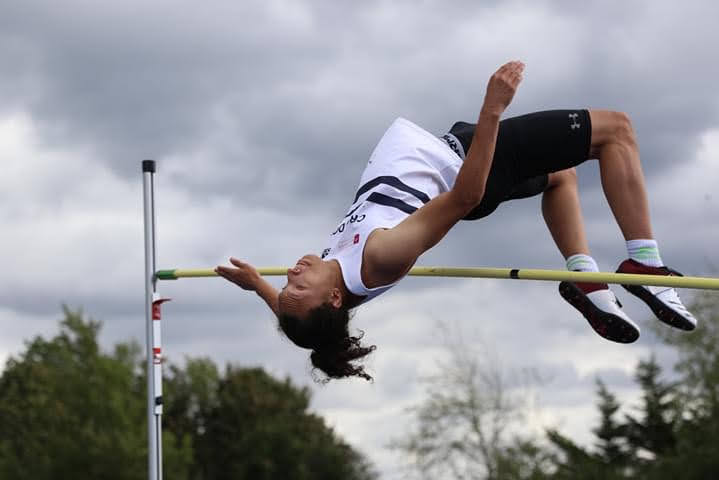 Croydon Harrier Jack Ennis leapt to 2.06m at the Chelmsford Open on Sunday in the men’s high jump competition.

It’s the 18 year-old’s best effort since February and just shy of his lifetime best of 2.10m.

Most of the Croydon Harriers squad were in action at the Coulsdon Open at Woodcote School on Saturday.

Arguably it was Alex Penfold who enjoyed the pick of the performances, finishing third in the men’s 1500m A race in a new lifetime best of 4:04.26. He was also third overall out of the 95 competitors.

Twins Ebuka and Chizoba Nkamuo were 1st and 2nd respectively in the 300m, with Samuel Mowa runner-up in the Under 15 boys race. Kyra Sethna-McIntosh was 4th in the Under 17 women’s age group.