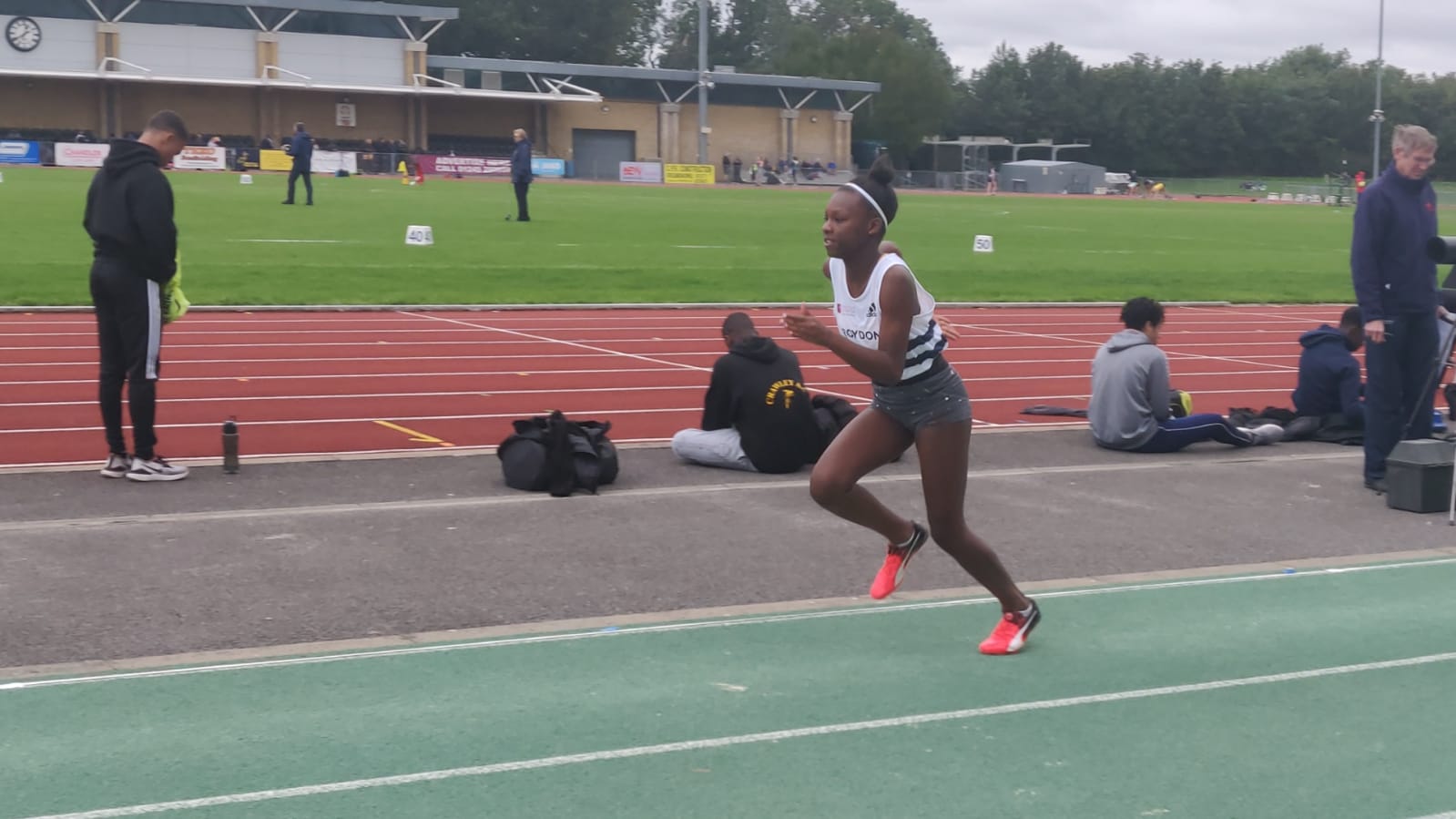 The achievements are all the more commendable given the club’s home training facility Croydon Arena remains closed due to the ongoing issues surrounding the pandemic.

Sprinter Largie-Poleon triumphed in a wind-assisted 11.74secs in the Under 20 women’s 100m final. Training partner Ella Pippim made the semi-finals.

Lia Bonsu would finish runner-up in the Under 15 girl’s 100m with a wind-assisted clocking of 12.55s.

Derek Kinlock would sneak onto the podium in the Under 20 men’s 100m. He lowered his lifetime best throughout the rounds to 10.55s, to go to tenth on the club’s all-time ranking lists.

Cheyanne Evans-Gray qualified for the final of the women’s 100m beating Olympian Desiree Henry in the semis, before withdrawing as a precautionary measure from the finale.

Two athletes heading to the British Trials this weekend in Manchester put together their final preparations for the event. Paul Ogun would finish runner-up with a wind-assisted 6.98m long jump effort. Discus thrower Reuben buy viagra london over counter Vaughan would finish third with a 45.37m throw.

Henry Thomas reached the semi-finals of the Under 15 boy’s sprint hurdles, and Jesaiah Richards reached the same stage of the 100m in the same age group. There were semi-final appearances too for Suhuyini Osman and Tyvon Innis in the Under 20 men’s 100m, while Nick Hamilton ran a lifetime best in the heats.

Kyra Sethna McIntosh (U17 women’s 400m), Tre Poponne (Under 20 men’s 100m) and Cerys Aboagye (Under 17 women’s shot putt and discus) kicked off their campaigns in their respective events.

At the British Milers Club Gold meeting at Lee Valley, James Hancock clocked a season’s best 4:06.21 for the 1500m, while Dom Nolan broke the four minute barrier with a 3:59.16 timing in the men’s B race.

Three Croydon athletes took part in the Harrow middle-distance meeting. Robert Spalding won his 1500m in 4:23.7, while Alex Penfold went six seconds quicker in his pool. Patrick Lucas was third in his 800m round in 1:59.5.