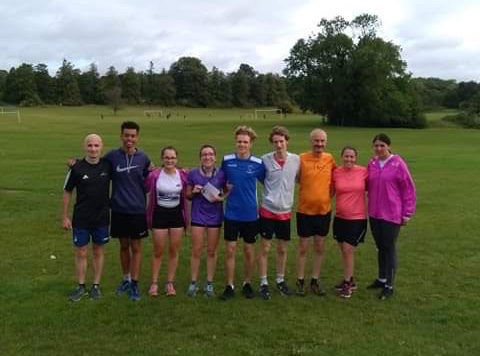 After coming through the Heats with a 44.8secs split, he followed this up with a 44.9secs run on the anchor leg in the finale. The clocking of 3:12.27 of the quartet is a British and European record.

It is Rooney’s eighth World Championships which equals the record for most appearances at a Worlds by a GB athlete.

At the Throws Fest at Tooting, Breanna White threw 8.94m in the Under 13 girls shot putt to move her up to 30th in the UK rankings for her age group.

Croydon Athletics Academy Coach James Eccles secured the club’s decathlon trophy after taking part in the Speed Decathlon in Basingstoke, where he notched 3059pts. The unique event ensures the completion of ten events in an hour.

This Sunday, Croydon Harriers jointly hosts the East Surrey League at Lloyd Park with Croydon Council and Striders of Croydon. This year the event also doubles up as the trials for the London Youth Games cross country championships. Races kick from Midday.