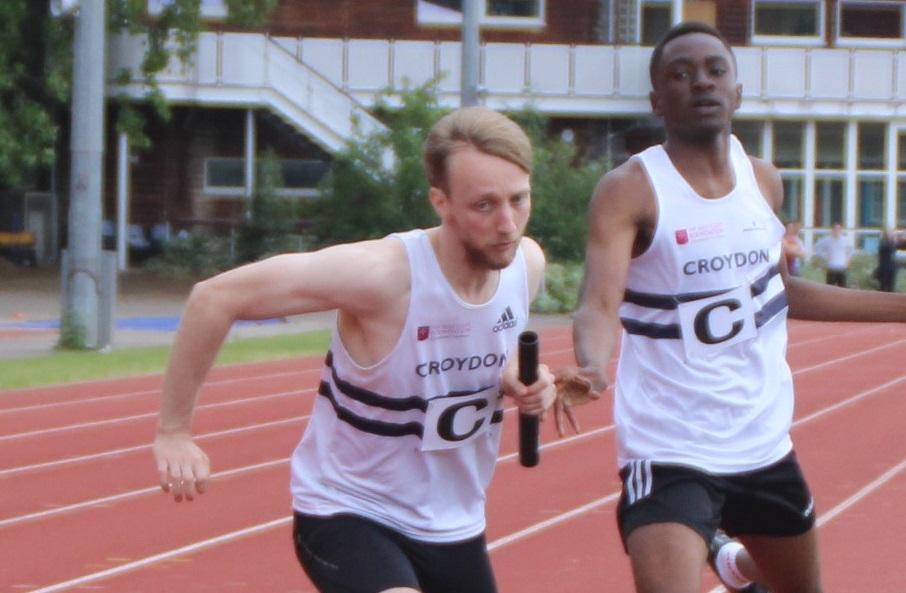 Kinlock enjoyed a double silver in the Under 20 men’s 100m and 200m, while colleague Ennis notched bronze in the  high jump in the same age group.

Romell Glave reached the U23 men’s 100m final, and on the field Reuben Vaughan who place fifth in the discus event in the same age group.

At Battersea Park, Croydon’s men’s and women’s squad enjoyed their first outing in the Southern Athletics League in 22 months. The team would finish runners-up in the four club fixture.

Rachael Largie-Poleon and Ninsola Adewale won the women’s 100m. They would later combine with Zoe Dake and Chiamaka Davids to win the 4x100m. Sasha Howard won the women’s javelin, while Jessica Duggan broke the 5m barrier in the long jump for a lifetime best and 2nd place.

In the men’s 1500m, James Hancock and Alex Penfold’s tactics paid off when they secured maximum points in 4:13.9 and 4:14.4 respectively. In the long jump, Paul Ogun leapt to 7.29m, while Klaysen Kafuti and Davian Hinds-Hall cleared 1.85m and 1.60m in the high jump to secure maximum points. There was another win in the pole vault thanks to Masters team manager Andy Del Nevo’s clearance of 2.40m.