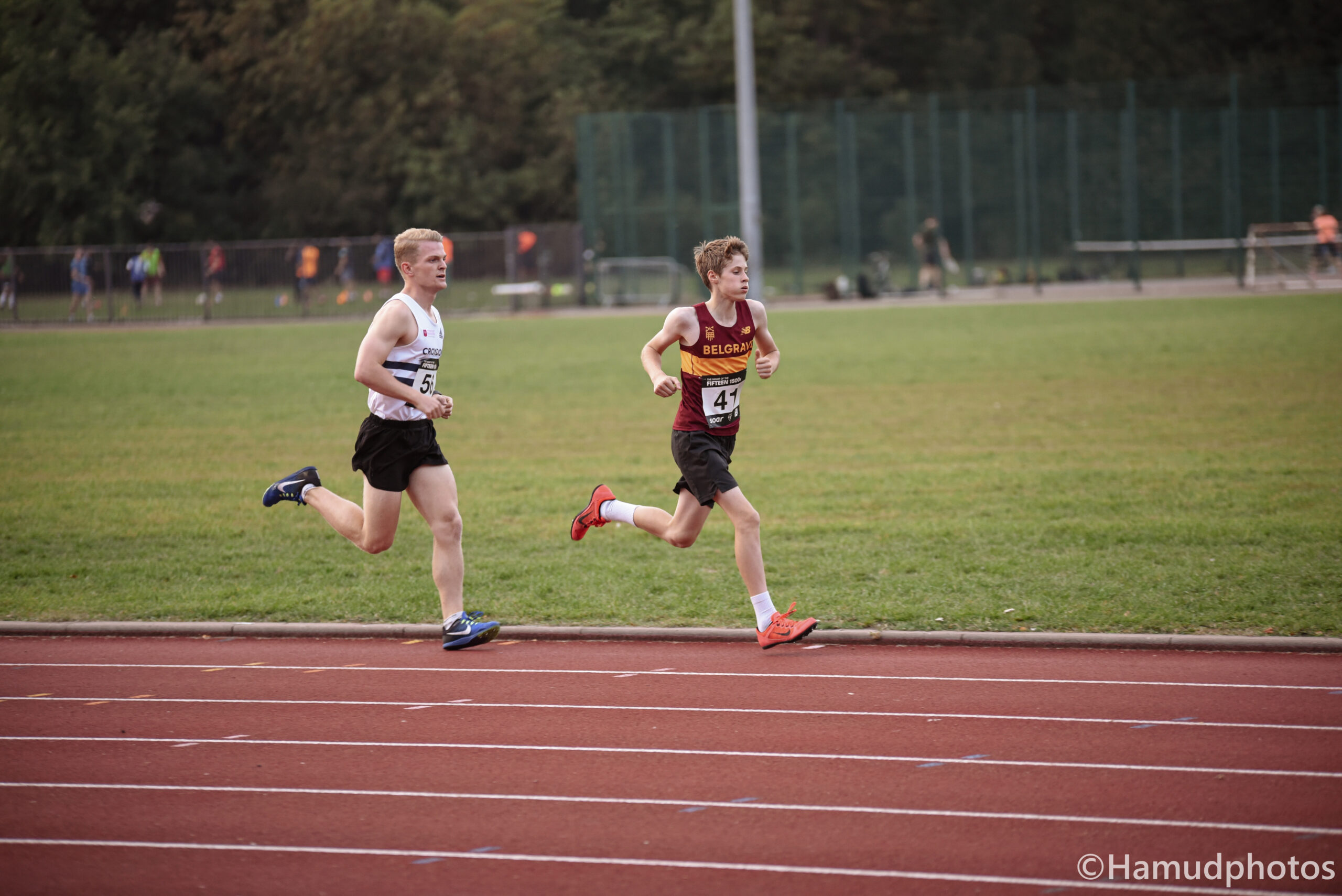 Dom Nolan ran the fastest Croydon 1500m time of the evening of 3:53.64 finishing fifth in the men’s B race.

There were three lifetime bests on the evening for Croydon athletes, the fastest of which came courtesy of James Hancock who broke the four minute barrier for the first time in 3:57.38. He moves to 22nd on the Croydon all-time lists.

Brothers Luke and Dan Hill would also gain lifetime bests. Leeds Uni bound Luke would clock 4:37.77 in his heat win, while younger brother Dan would finish runner-up in his heat in 4:45.4

Thirteen year-old Jasmine Bell would finish fourth in her heat as one of the youngest competitors in the field.