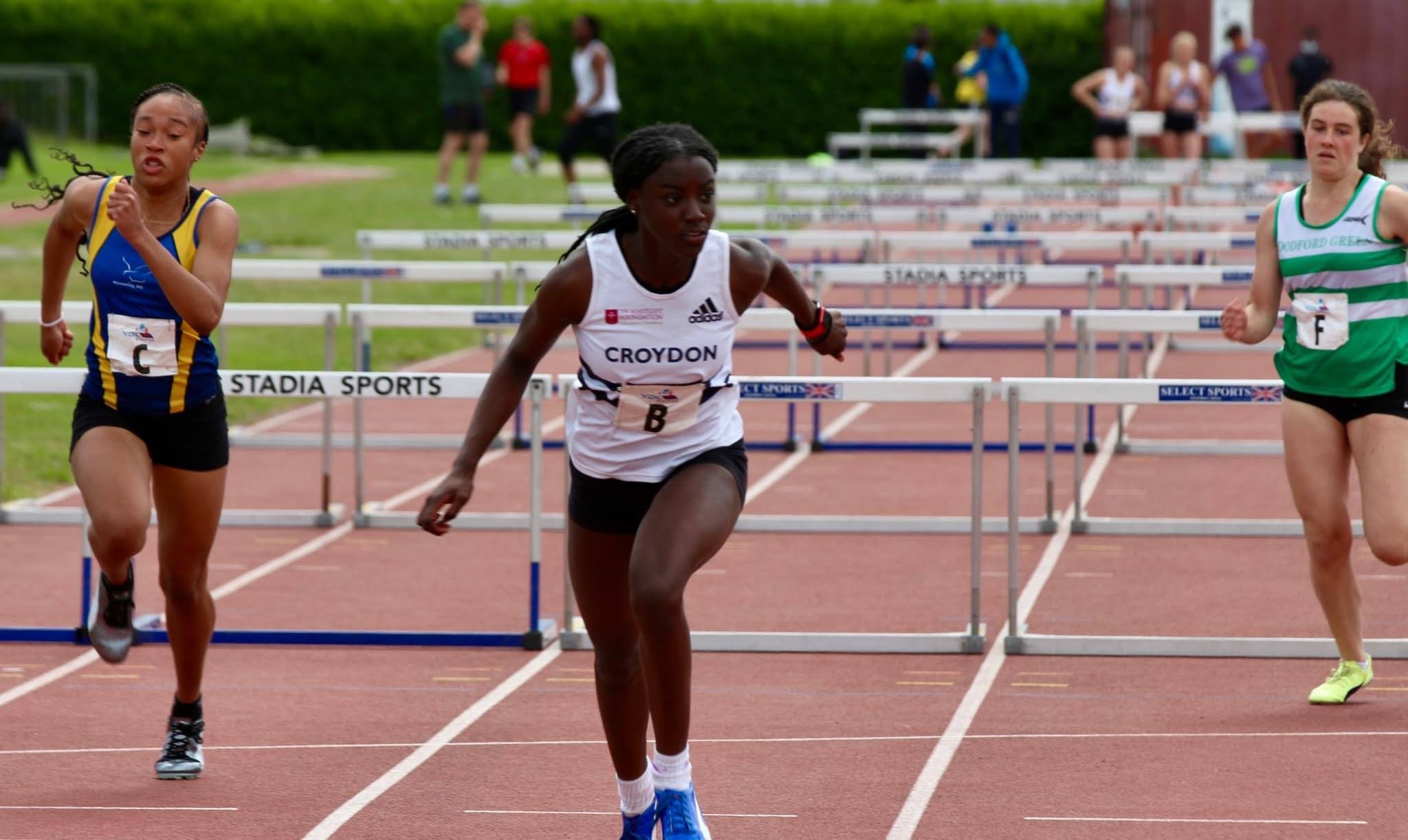 The Under 20’s and Under 17’s squad would get the better of previous league leaders Tonbridge by just two points in the six-club fixture. The result all but secures Croydon’s 1st division status with two fixtures in the season remaining.

There was double sprint success for Klaysen Kafuti in the Under 17 men’s 200m and 400m, while Henry Thomas was first home in the 100m event. Thomas would combine with Mauge, Amari-Jay Anderson and Ibukun Akintola to win the 4x100m in 44.67secs.

Three wins came courtesy of Lia Bonsu who won the Under 17 women’s 80m hurdles, long jump and triple jump. She is still ranked 1st in the UK for the U17W 80m hurdles event.

Bonsu would then team with Kacey Johnson, Inessa-Renee Atta-Fynn and Tochi Davids to take the win in the Under 17 women’s 4x100m.

At the SCVAC Masters League, the Croydon contingent battled to third place at Epsom. Terry Lapins won the M35 long jump, Ian Statter triumphed in the M60 javelin and Linda Oxlade was third in the javelin. Colin Oxlade and Andy Del Nevo did eight events between them.

In international action, Stevie Lawrence won 3000m steeplechase bronze at the NCAA DII Championships in Allendale Michigan in a new club record time of 10:14.99. It’s also a qualifying time for the British Championships. Dom Nolan finished 19th in his 5000m in IFAM Oordegem in Belgium in 14:04.10. Elsewhere there was an 800m season’s best for Patrick Lucas of 1:55/67 at the BMC at Eltham.

At the Loughborough International, Jack Ennish cleared 2.07m in the men’s high jump, while Paul Ogun leapt to 7.21m in the men’s long jump.