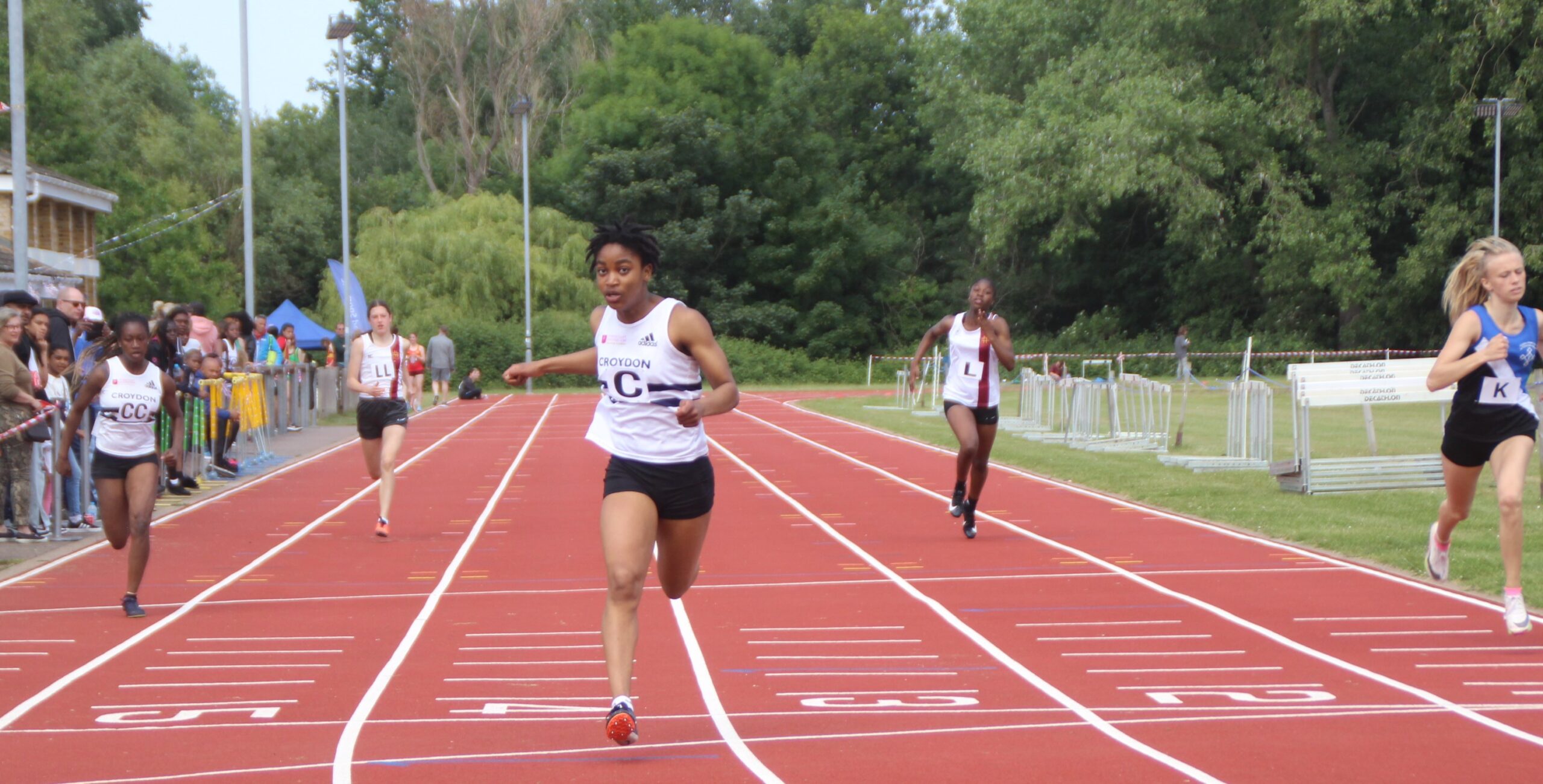 Croydon Harriers girl’s team enjoyed a runners-up finish at the season’s opening Lily B League fixture at Epsom on Saturday.

Casielle Murray and Gabby Reid got Croydon off to the best possible start in the Under 13 girl’s sprint hurdles with wins in the A and B races. Lia Bonsu continued her dominant form winning the Under 17 women’s event as well as her 100m and triple jump competitions.

Croydon would triumph in every 100m and 200m event held with maximum points coming from all three age groups. Shivelle Marshall and Saray-Destiny Crosdale (Under 13 girls 100m and 200m), Gracelyn Kendeck and Atarah Kenton (Under 15 girls 100m), Kacey Johnson (Under 17 women B 100m), Gabriella Tcheukam (Under 15 girls 200m) and Tochi Davids and Inessa-Renee Atta-Fynn (Under 17 women’s 200m) would all secure victories.

On the field, Shereece Miller secured triple success in the Under 17 women’s hammer. shot putt and discus.

Many thanks to all our volunteers who helped on the day!