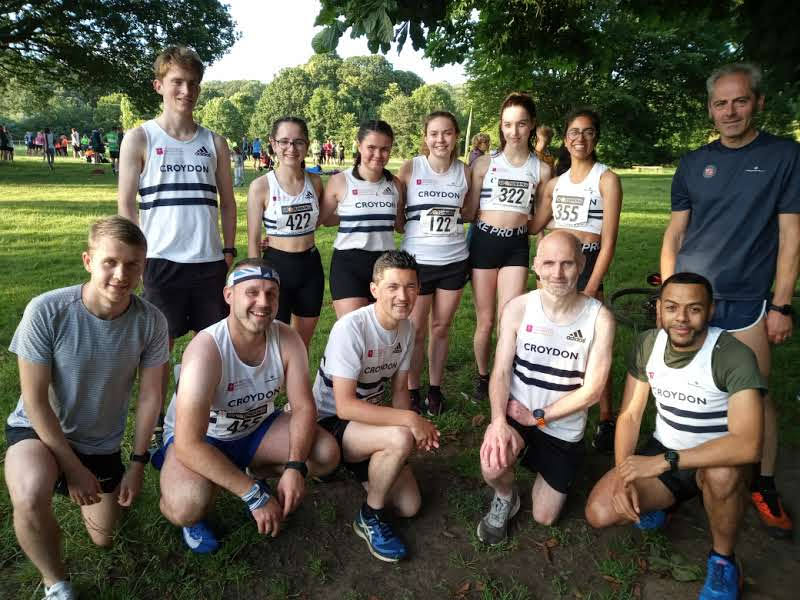 At the English Schools Championships in Birmingham, Suhuyini Osman won silver in the senior boy’s 100m in 10.79s. Rachael Largie-Poleon ran a season’s best in the senior girl’s final finishing 7th in 12.24s. Lia Bonsu would match that position in the inter-girls sprint hurdles.

Croydon enjoyed a particularly fruitful day on the field. There were maximum points in the men’s and women’s long jump courtesy of Henry McGoldrick (5.79m) and Simon Kpangi in the former, and Tamia Meggie-Graham (5.29m) and Jessica Duggan in the latter.

In the men’s throws, Richmond Baah threw 46.88m in the men’s javelin on his competitive return, while Reuben Vaughan was just 20cm behind that in the men’s discus. Lynchpin James Eccles won the B event in both those events to secure maximum points.

At the Nonsuch Park relays, the men’s and women’s quartets would finish fourth overall in their categories.