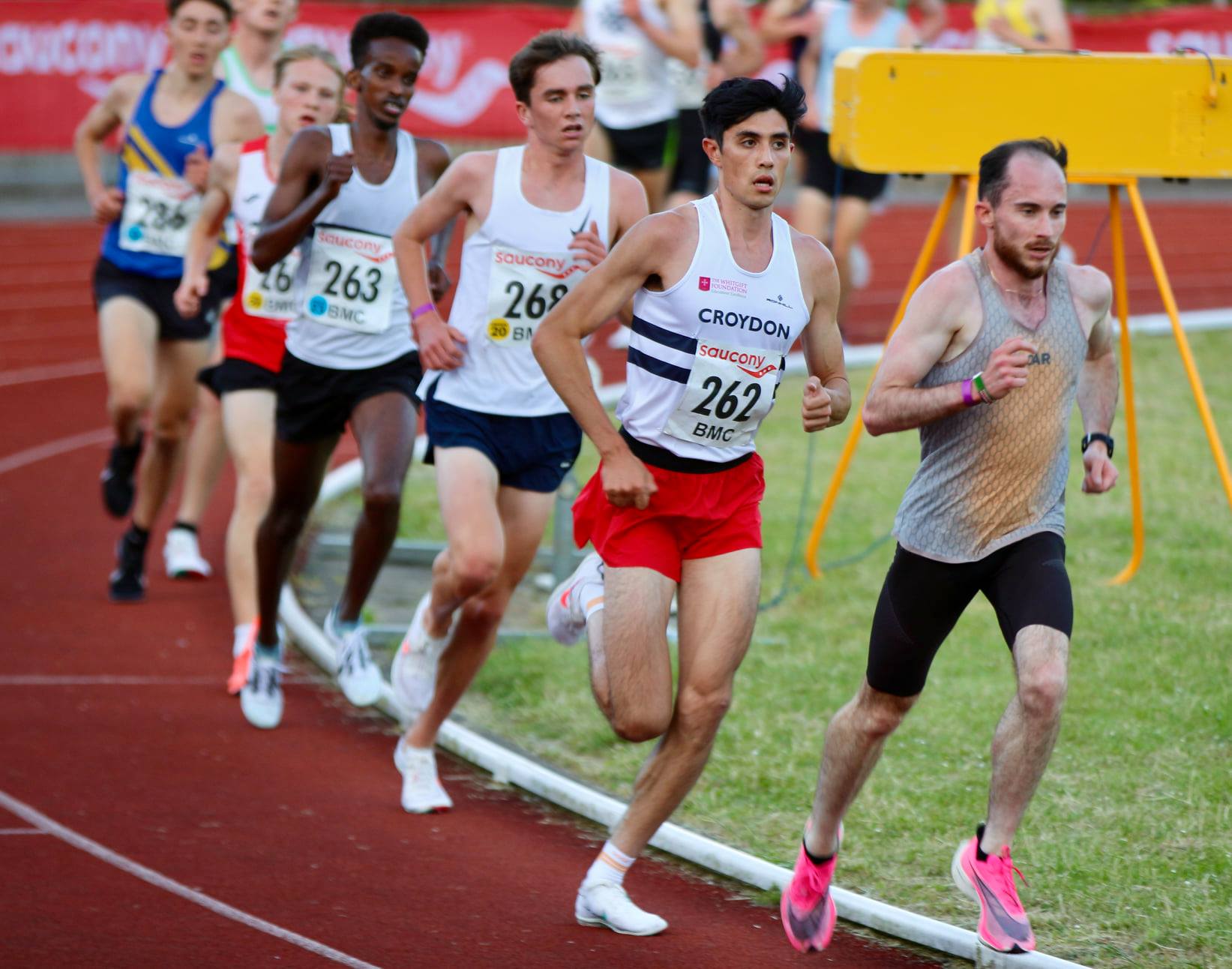 Croydon Harrier and British record holder Lawrence Okoye has officially booked his ticket to the Tokyo Olympics after securing the Olympic A standard in Sweden.

The former NFL player threw 67.13m in Södertälje to take the win and punch his ticket to Japan. It’ll be his 2nd Olympics, he finished 12th in London.

Croydon notched two silver medals at the South of England championships at Bedford. Jack Ennis cleared 2m in the under 20 men’s high jump to finish runner-up.

Suhuyini Osman also notched silver in the under 20 men’s 100m, with a 10.59secs clocking. Tyvon Inniss was 8th in the finale in 11.11s, while Nick Hamilton narrowly missed out on a place in the final in 11.25s.

Ashleigh Clarke (Women) and Racheal Largie-Poleon were both 7th in their respective 100m finals.

In the Under 15 girls, Gracelyn Kendeck ran a lifetime best in the 200m in 25.89s. It ranks her fifth in the UK in the event. Amber Bloomfield won silver in the 75m hurdles to secure inter-county selection in the pentathlon, while Kacey Johnson won bronze in the 100m.

Lia Bonsu triumphed in the Under 17 women’s sprint hurdles to bag her English Schools selection, with Chrissy Afriyie Amponsah in bronze medal position.

Chrissy’s sisters Christal and Christabel would finish third and fifth in the 100m. Holly Perks was fifth in the Under 17 women’s 1500m, while Jessica Duggan matched that feat in the 200m.

At the BMC Gran Prix at Watford, three Croydon Harriers were in action against some of the region’s best athletes. Dom Nolan went to second on the all-time club ranking lists for 5000m, breaking the 14 minute barrier for the first time in 13:53.34. James Hancock also enjoyed his best outing over the distance in 14:55.28. Double European 400m champion Martyn Rooney was 7th in his Heat.