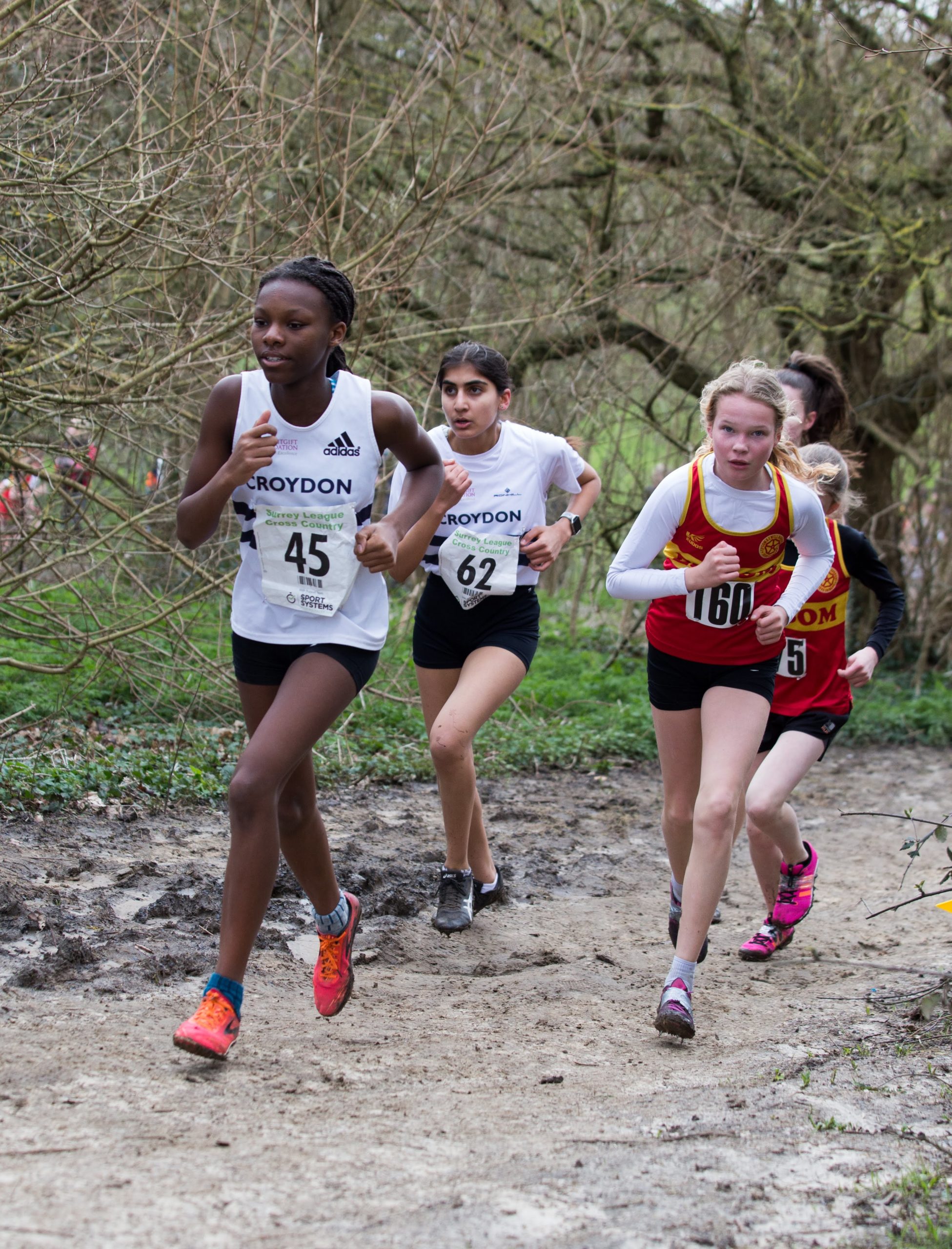 Joachim Bambury finished third overall and won the club championship in the process. He was backed up by Adam Jansen (7th, Under 15 boy’s club champion), Zachary Blair (8th) and Douglas Aikman (10th). The quartet’s packing put them comfortably ahead of nearest challengers Epsom and Ewell.

Kyron Bailee-Burke was 4th in the Under 13 boy’s race on the way to his club title.

In the girl’s races, debutant Zoha Jetha enjoyed a dream debut finishing 15th in the overall competition but scooped the Under 13 girl’s Croydon prize in the process. Holly Perks (Under 15 girls) and Alice Maingay (Under 17 women) were Croydon’s other club champions in the female young athlete age groups. The girl’s squad would finish third overall.

With thanks to everyone who helped on the day to make the event happen. You are true stars!

Results are now on Power of 10. All Mini Marathon selection queries must be sent directly to Croydon Council as per the information that was sent prior to the competition.

At the Inter-Counties championships in Loughborough, James Hancock finished 140th out of a field of 293 finishers on his Surrey debut.

Elsewhere at the Frankfurt Half Marathon, Julian Forbes clocked 76 minutes 28 seconds to finish 34th in the men’s race.

In the British Masters indoor championships, Mandy Rowley-Jones won bronze at Lee Valley in the W55 triple jump, while Colin Oxlade was 5th in the M60 3000m and 10th in the 1500m event.