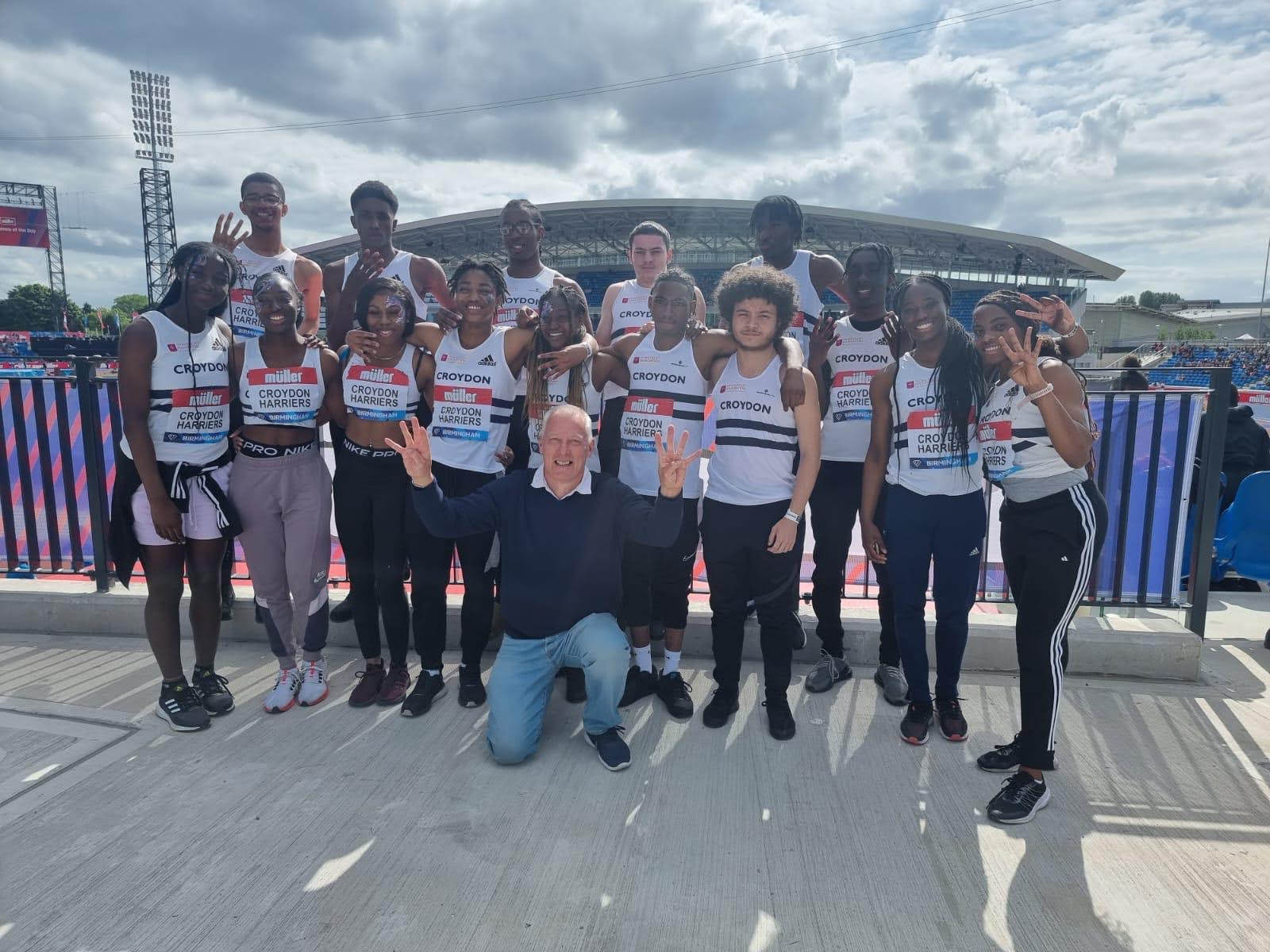 Clean-sweep at the Diamond League!

The Under 17 and 20 men and women’s team all triumphed in their respective 4x100m races, which were held in the Alexander Stadium which will be used for the Commonwealth Games later in the year.

The Under 17 women’s team of Tochi Davids, Inessa-Renee Atta-Fynn, Gracelyn Ella Kendeck and Lia Bonsu won by the biggest margin in 48.09secs. Their male counterparts of Henry Thomas, Amari-Jai Anderson, Ibukun Akintola and Ethan Mauge matched that feat to win their event in 43.03secs.

The Under 20 women’s quartet of Ninsola Adewale, Christabel Amponsah, Zoe Dake and Rachael Largie-Poleon crossed the line first in 47.67secs. In the competition’s most thrilling race, Tyvon Inniss just pipped Gateshead on the line by 0.05 of a second on the final leg, after some excellent work from Kayden Faria-Brown, Klaysen Kafuti and Francesco Calemma. The quartet clocked 42.44secs.

The senior men’s and women’s squad finished runners-up in their opening Southern Athletics League on Sunday behind Brighton & Hove and in front of Bexley and Woodford Green with Essex Ladies. Croydon Harrier James Hancock won the Battersea 10K in 31:19 to go to 8th on the all-time rankings for the club. 39 Croydon Harriers completed parkruns on Saturday with 1sts for Jessica Moore (Lloyd Park), Colm Porter (Clarisford) and Anna Corby (Frogmary Green Farm).