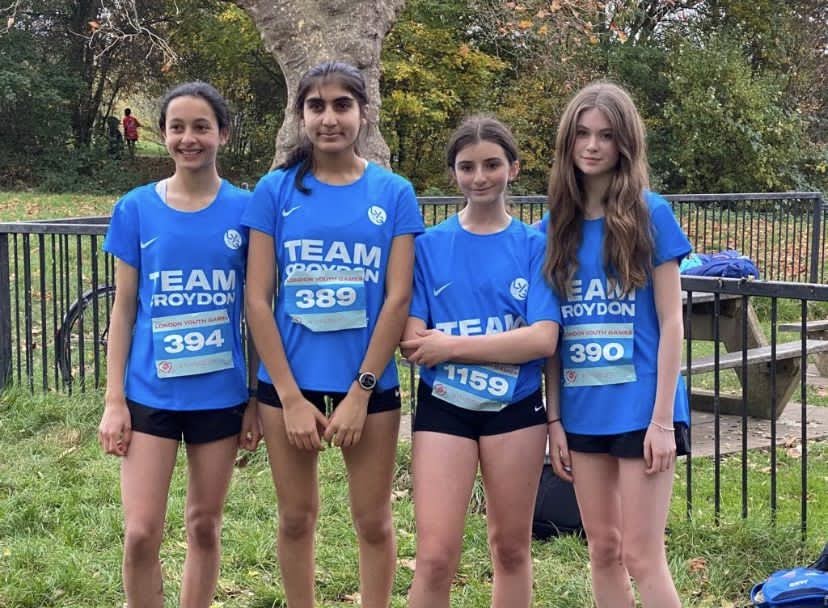 A great combined effort from Croydon & South London Harriers and Croydon Schools Sports Partnership saw the Borough of Croydon take on the best in the city at the London Youth Games.

With thanks to all who took part!

Smitham Primary’s Fynn Jenkin would win bronze in the Under 11 boy’s race in a field of 153 competitors. Smitham colleague Mason Phillip would make the top ten in tenth, while Courtwood’s Spencer Lockwood was 23rd to ensure the trio would finish third in the team race.

In the U11 Girls category, Tabitha Tooke of Croydon High finished 8th, while Grace Sone (St Aidans) was 11th and Amariah Okunlola (Smitham) was third home for Croydon in 36th. The trio would finish 5th in the team race.

The highest team placing of the day would be the Under 15 boys who finished an impressive runners-up. Croydon Harrier Kyron-Bailee Burke was 10th overall out of 180 finishers, while Tom Cadwallader (Whitgift) and Tom Harmer (South London Harriers) were 16th and 19th respectively.