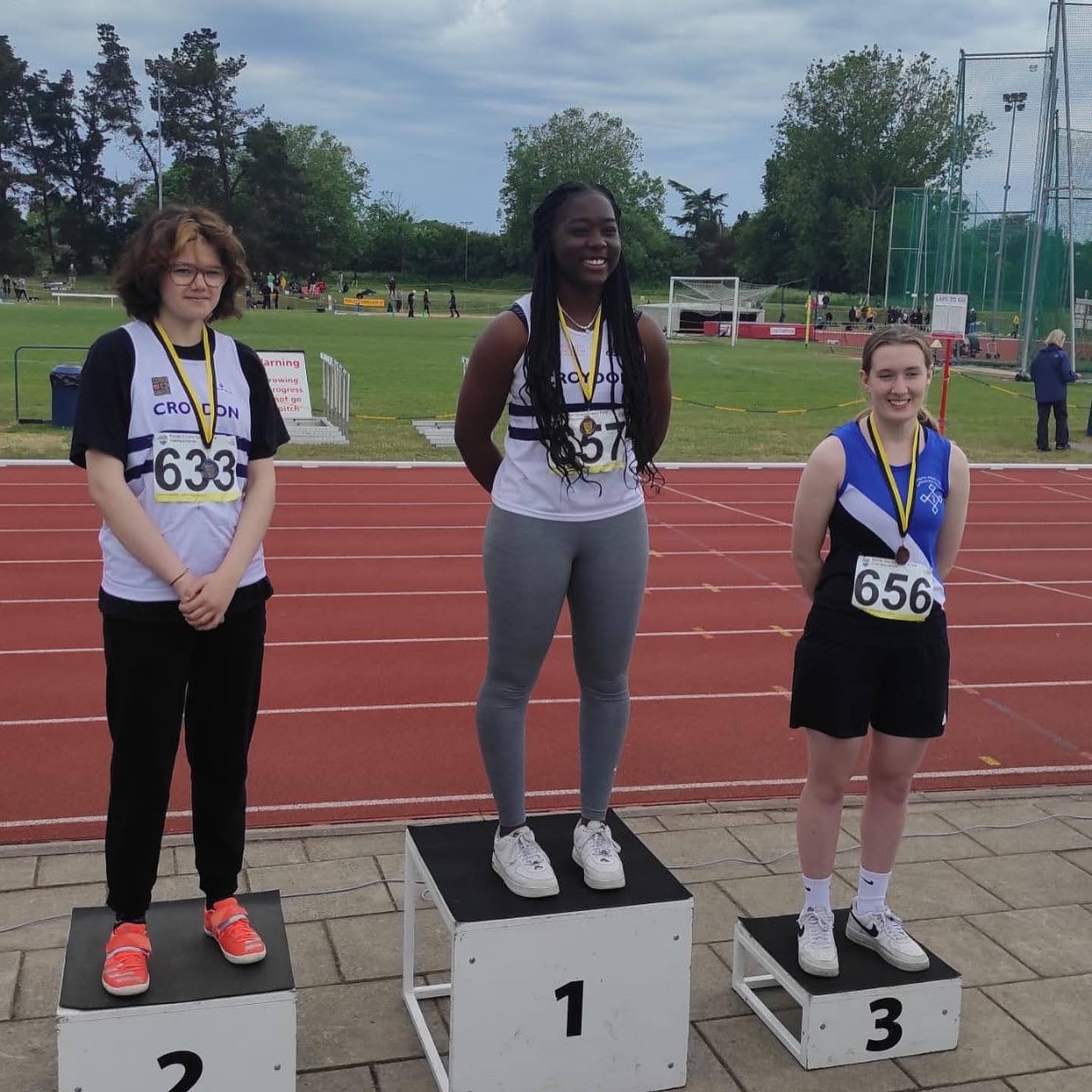 34 medals at the Surrey Championships!

Croydon Harriers brought home 34 medals at the Surrey Track and Field Championships this past weekend at Kingston, including fourteen golds.

Lia Bonsu would steal the show in her specialist sprint hurdles event, setting a new championship best of 11.26secs in the 70m discipline to take victory. She would add a second gold in the under 17 women’s triple jump.

A further seven gold medals would come on the field, including three in the high jump thanks to Alex Giles (Under 13 boys, 1.35m), Klaysen Kafuti (Under 17 men, 1.88m) and Jack Ennis (Men, 1.96m). Paul Ogun won his sixth County title in the men’s long jump with a leap of 7.29m and Reuben Vaughan won his fifth Surrey gold in the men’s discus.

In the under 20 women’s throws, Cerys Aboagye won the shot putt (11.49m) and Christiana Kamdom Kemegne (40.69m) matched that feat in the hammer.

Croydon’s dominance in the young athletes sprints events continued with five golds. Three came in the 200m thanks to Saray-Destiny Crosdale (Under 13 girls), Gracelyn Ella Kendeck (Under 15 girls) and Tochi Davids (Under 17 women), while Ethan Mauge (Under 17 men) and Shivelle Marshall (Under 13 girls) won their 100m age group events.

At the Sutton 10K, 11 Croydon Harriers took part, with Phil Symonds and Laura Marshall finishing 10th and 17th in the men’s and women’s categories.