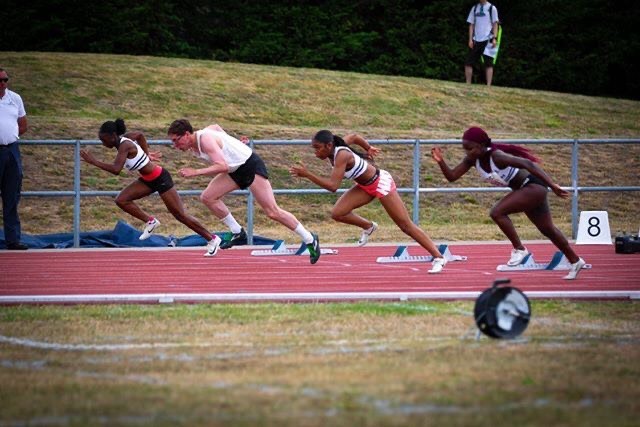 There were five top-three age group finishes on the day, including four wins, an achievement all the more remarkable with the club’s training facility Croydon Arena still shut.

Lia Bonsu topped the standings in the Under 15 girl’s 75m hurdles in 11.42secs. Thrower Reuben Vaughan went to second in the club’s all-time rankings lists behind Lawrence Okoye with three throws in excess of 48m to win his event.

In the 100m, Croydon enjoyed 1st place finishes in the Under 20’s age group. Derek Kinlock clocked 10.75secs for his win, while Rachael Largie-Poleon recorded a huge lifetime best of 12.12secs in the women’s equivalent.

Ninsola Adewale finished fourth in the Under 17 women’s 100m in 12.63secs, while Henry Thomas went one better in the Under 15 boy’s 80m hurdles finishing third in 12.83s.